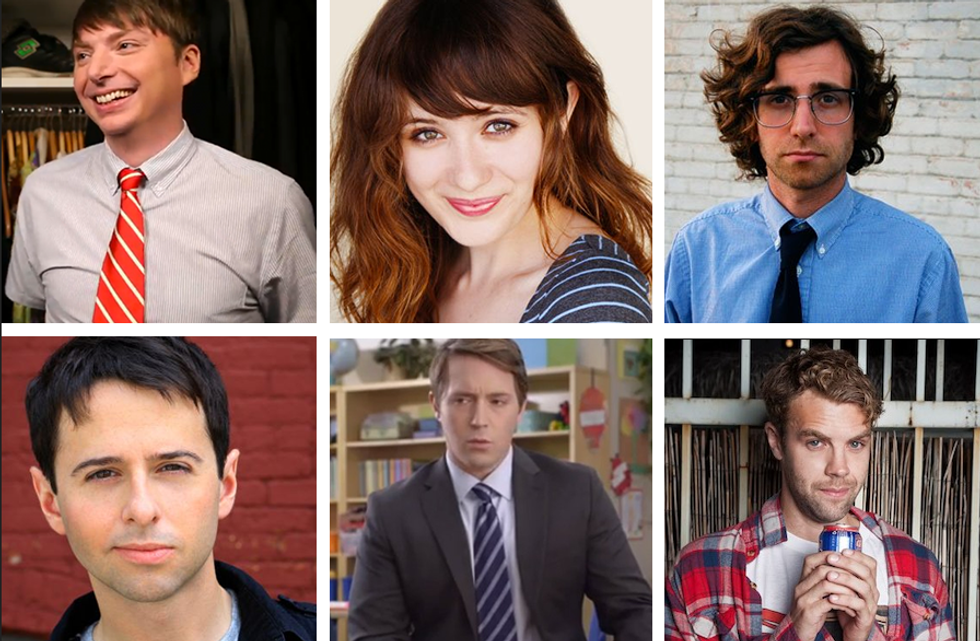 Though Lorne Michaels says that strong online presence isn't a factor when selecting new Saturday Night Live cast members, telling the New York Times, "You can't be famous before you're famous," any actor or comedian coming up in 2013 has surely created web videos -- or an entire web series -- that show off their talent.  And, now that there's a void since the viral comedy kings The Lonely Island have left the show (cast member Andy Samberg left in June of 2012 while writers Jorma Taccone and Akiva Schaffer left sometime earlier), it's almost certain that Michaels and SNL are weighing which cast members can take the digital short mantle. Ahead of SNL's 39th season, get to know the six new additions from their work on the web (or, in one instance, a very popular TV commercial).

Who: Mike O'Brien: The SNL writer (and former Paper Beautiful Person, what what!) is making the leap to featured player.

Where you know him from: O'Brien's become an Internet comedy star thanks to his viral 7 Minutes in Heaven videos, in which he interviews celebrities in closets and then tries to kiss them with varying success.

Where you know him from: He played the market research dude who interviews adorable kids about big vs. small tree houses in those viral AT&T commercials.

Where you know him from: The L.A.-based Milhiser, who made this amazing Step Up parody for Lorne Michaels' video channel Above Average, is also responsible for the Tumblr meme "baguetting" and is behind the site "Baguette Me Not."

Who: Noel Wells
Where you know her from: Wells does a mean impression of Zooey Deschanel, which you can watch on the comedian's YouTube series, Hey! The Zooey Deschanel Show. She can also give Kristen Wiig a run for her money with a spot-on Michele Bachmann impersonation and has a popular web series called Manic Pixie Nightmare Girl.

Where you know him from: The actor's made appearances on Parks & Rec and Sports Show With Norm Macdonald but some of his finest work may be his absurdist -- and awesomely painful -- interviews, like the time he went to a Giants vs. Dodgers baseball game and confused/pissed off the players (above).


Who: Brooks Wheelan
Where you know him from: The stand up comedian was the most recent addition to the SNL team and, though his digital footprint is smaller than the others, you can watch some very funny routines of his on YouTube, including this bit about the time he thought he had an undiscovered STD after his roommates put butter down his pants. Just watch it.