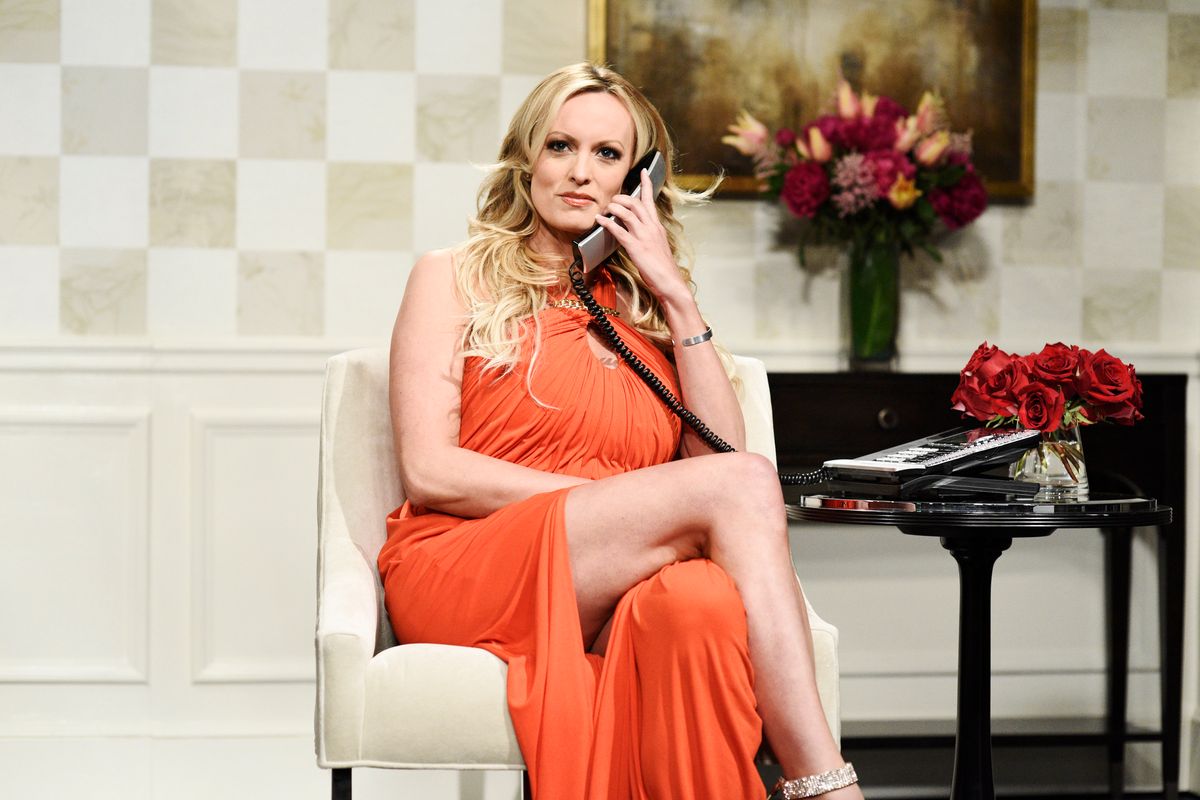 Childish Gambino's new music wasn't the only surprise from last night's episode of Saturday Night Live. Stormy Daniels made an appearance for the Cold Open playing none other than herself.

The sketch also had a star-studded roster. Ben Stiller opened as Michael Cohen, trying to get ahold of President Trump (Alec Baldwin) to fix the Stormy Daniels issue. Aside from Stiller, and Baldwin, there was Scarlett Johansson as Ivanka Trump and Jimmy Fallon as Jared Kushner.

But it was very apparent that Daniels was the surprise that caught the audience off-guard. She was especially applauded when, after being asked by Baldwin's Trump "What do you need for this to all go away?," she replied "A resignation."