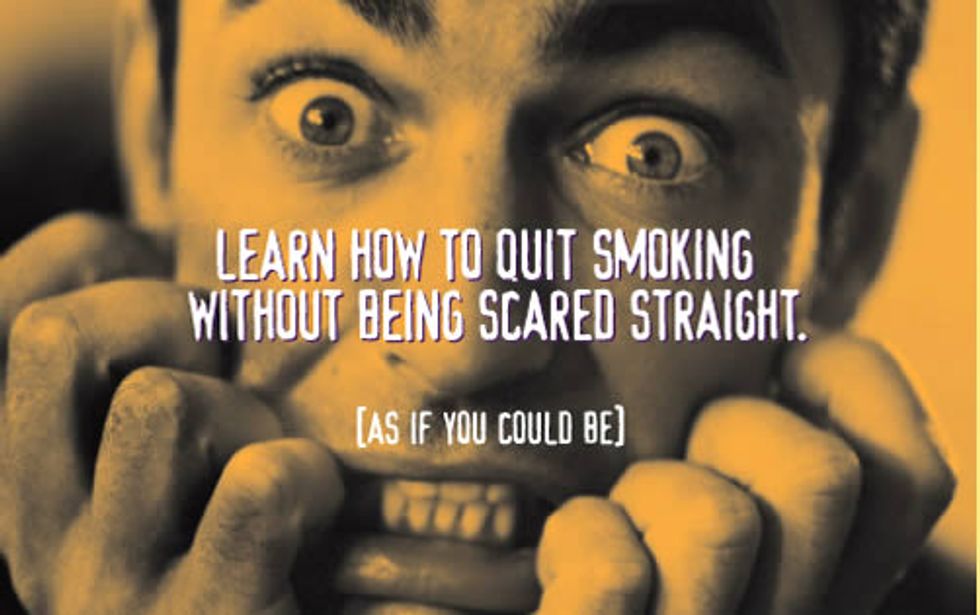 Did you know that 30.4 percent of gay men and lesbians in California say they smoke. That is almost twice the rate of 15.4 percent in the general population and the highest rate among any of the state's minority groups. Targeting this group the California Department of Health Services has begun a humorous campaign to encourage smokers to make their next "drag" their last. Get it. Another advises "Learn how to quit smoking without being scared straight. (As if you could be.)"
Thanks to Stuart Elliott/New York Times for the tip on Lastdragla