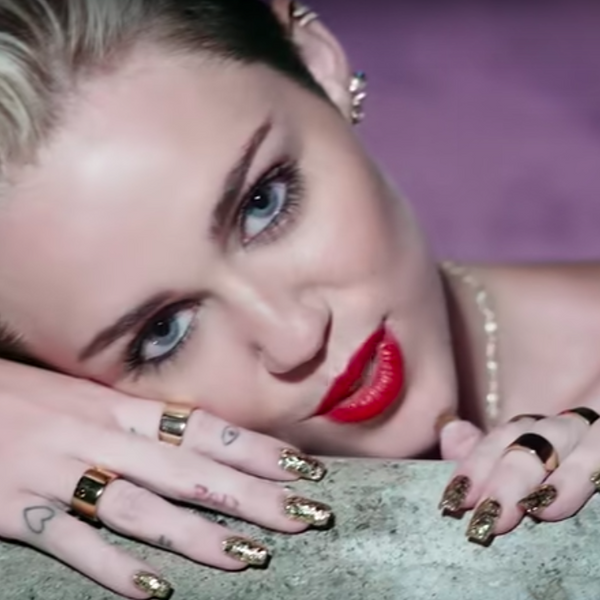 All the 'We Can't Stop' References in 'Slide Away'

On Friday, Miley Cyrus dropped the official music video for her single, "Slide Away." The dark and moody video shows the aftermath of one wild house party, with bottles scattered everywhere — including the pool — and half-naked people dozing off in different rooms. This scene looks all too familiar, and that's because the party that transpired seems to be the one we saw in Miley's "We Can't Stop" video.

Miley's Bangerz era marked the star officially growing out of her Disney shell. And her single from the album, "Wrecking Ball," was the first song she released when she and Liam Hemsworth called it quits back in 2013. The other viral hit, "We Can't Stop," was a collaboration with Mike Will Made It, and the song was largely about being young, wild, and unapologetically free.

Though the artist has no regrets, since Younger Now, she's made the conscious decision to reign it in and show a more stripped down version of herself — not literally, but emotionally. With "Slide Away" where she talks about growth and moving on since her separation and impending divorce from Hemsworth, she seems to also call back to "We Can't Stop," and fans definitely noticed.

Below, see the spotted parallels between the two music videos, with a special mention to "Bottom of the Ocean" from the Miley Cyrus era.

Slide Away is the prettier older sister to Bottom Of The Ocean but also the depressing uncle to the We Can’t Stop video
— ‏ً (@‏ً)1567786193.0

after listening to slide away by watching the mv, even listening to we can’t stop doesn’t feel right
— Gokturk (@Gokturk)1567786802.0