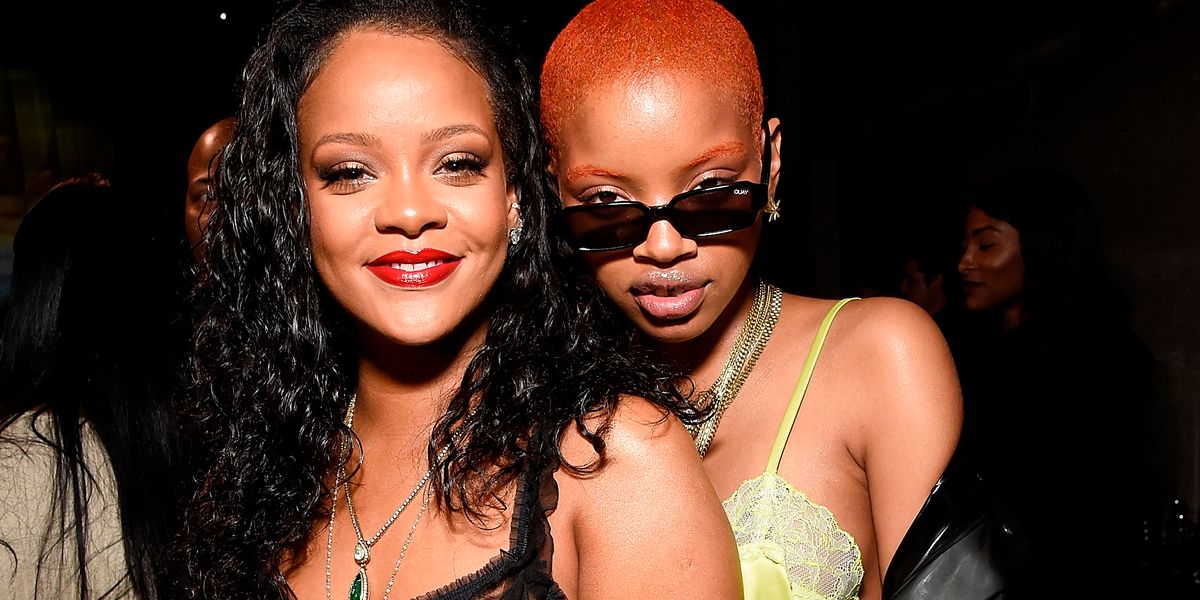 As the great poet Rihanna once said, "sticks and stones may break my bones, but chains and whips excite me" — so it only makes sense that the latest anecdote to emerge about the star involves a little bit of the latter.

In a Mother's Day article for Vogue, model Slick Woods recalls going into labor with her first child, Saphir, as she was closing Rihanna's NYFW Fenty show last September.

You saved me, you gave me purpose. I truly love you more than life itself.

Alongside a brief description of what she was wearing that night — namely, "pasties, thigh-highs, stilettos, and not much else" — Woods says her "last memory before going into the hospital is of Rihanna spanking me with a whip."

Woods then went on to reveal that she was "already 2cm dilated" when she left the show. Sounds like in addition to being a business magnate, fashion icon, and chart-topping singer, Rihanna also is a pretty good doula.

A lewk, 14 hours of labor, and A king is born. This is the face of a WOMAN IN LABOR, we hold shit down most of us don’t even know how much we’re going through, I’m here to say I CAN DO WHATEVER THE FUCK I WANT WHENEVER THE FUCK I WANT AND SO CAN YOU. Thank you @qualityresusqueen and the Fenty family for taking such good care of us

Not only that, but she speaks at length about the happiness she experienced when she realized her "miracle" baby was on the way, as she was always told that she would never be able to conceive naturally.

"It was only when my agent told me I was looking kind of chubby in my bikini at Coachella that I visited my doctor," Woods wrote. "A few appointments later, a nurse was doing a sonogram. There he was: my son. I started crying tears of joy. I had life in me, and felt like I understood the true power of my body for the first time."