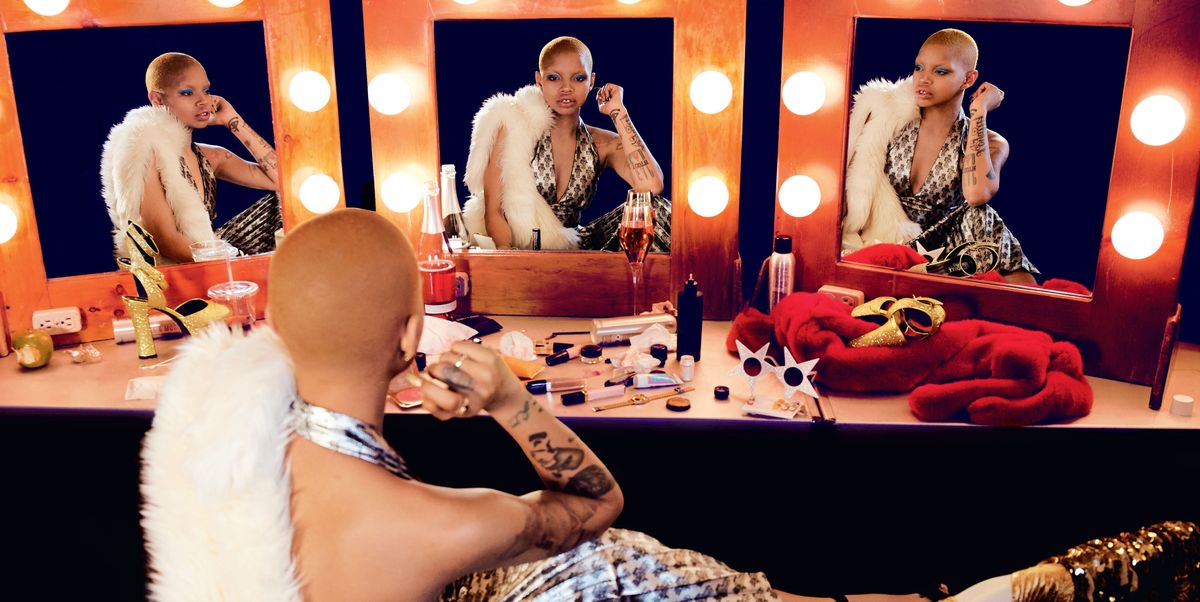 Slick Woods Is the Star of Jeremy Scott's FW18 Campaign

Slick Woods has been everywhere lately. A quick visit to her Instagram can give you an idea: she's walking the runway for Moschino's resort show in L.A., crashing parties thrown by V Magazine, casually chilling with legends like Tracee Ellis Ross and Ashley Graham, doing her own version of the #NickiMinajChallenge while cloaked in Fenty x Puma, and jetting off to Paris to walk the runway for Miu Miu.

To top it all off, the model, who is quickly ascending through the ranks, recently revealed that she was the star of Moschino's newest campaign, which was shot by industry icon Steven Meisel. As the Italian luxury brand's creative director and one of the earliest designers to put her on a catwalk, Jeremy Scott is clearly enamored with Slick Woods — so it wasn't surprising to find out that the youth-minded designer double-booked the Minnesota native.

Today, the FW18 campaign for Jeremy Scott's namesake line dropped, and the star is none other than Slick Woods — who looks amazing sitting in front of a tri-fold mirror, wearing a plisse dress and fur stole. The campaign was lensed by David Mushegain and styled by Carlyne Cerf de Dudzeele.

Check out another shot below.