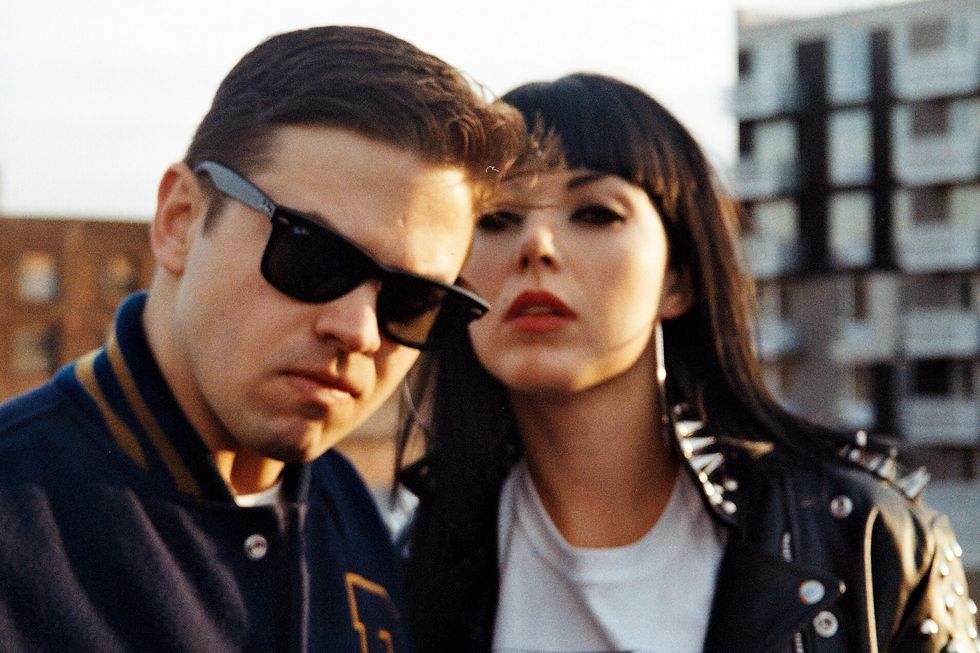 Listen to Sleigh Bells Epic New Track "I Can Only Stare"

The build up to Sleigh Bells fourth studio LP Jessica Rabbit has supplied us with some sonic gems, including "It's Just Us Now," "Hyper Dark," and "Rule Number One," and today the BK noise pop duo has released a fiery culmination of all their new offerings, and their older work, in "I Can Only Stare."

The song, which premiered on Zane Lowe's Beats 1, features Derek Miller's always stellar production, with thunderous drum machine, huge roaring synths, jangly guitar, and vocalist Alexis Krauss' pipes soaring to vast heights. Its more pristine than anything the band has done before, while maintaining that same blown-out rawness that made the twosome stand out to begin with; its chorus is one of the best you'll hear this year.

In an interview with Lowe after the premiere, Miller and Krauss discussed the new record, stating how it was a "long time coming" for them both. Miller added that the song was inspired by The Smiths, which is totally palpable on first listen.

Check it below. Jessica Rabbit is out November 11.