Backward baseball caps, flannels, and Vans abounded Wednesday night at San Diego-based watch maker Nixon's Art Mosh, an event Nixon co-founder Chad DiNenna said he and partner Andy Laats started in 2007 as a way to "bring all of our talented friends together for one night." And that they did: a surfing, skating bunch that PAPER was lucky enough to be a part of. Prints from our May Design Issue’s "Rebranding America" feature -- including work from Shepard Fairey, Dan Weiden, Peter Buchanan-Smith, Chris Johanson, and Kevin Roberts -- were displayed at galleryX-Initiative among pieces produced within the Nixon family tree. Nixon-sponsored surfer Rob Machado showed prints from his travels to Indonesia, while Chivo, an Encinitas-based artist who moonlights in the company's accounting department, displayed bright acrylic prints of trees and compact cabins, and offered free adhesive mustaches to partygoers (they might also double as a unibrow, he noted).

San Diego mod duo the Mattson Two played surf-infused jazz in the center of the room and sported vintage flannel suits straight out of Sterling Cooper. Black and white photos of Nixon model Santigold by Craig Wetherby, as well as a demolished car on display from a documentary surfer Keith Malloy made with actress Minnie Driver, attracted steady streams of admirers. The evening’s other popular item? A Nixon photo booth taking complimentary shots of Art Moshers -- though not everyone was happy with the finished project. Assured one friend to another who thought their photos were unflattering, “It’s art!” 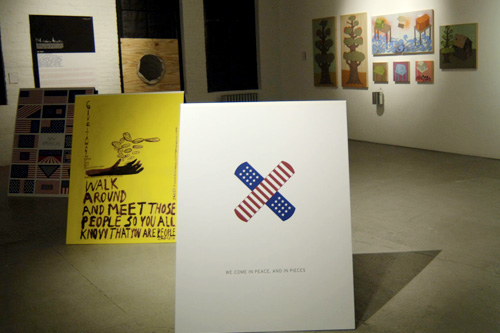 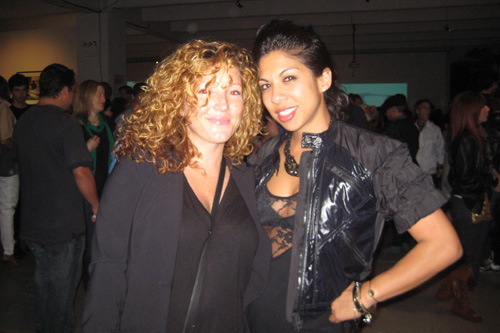 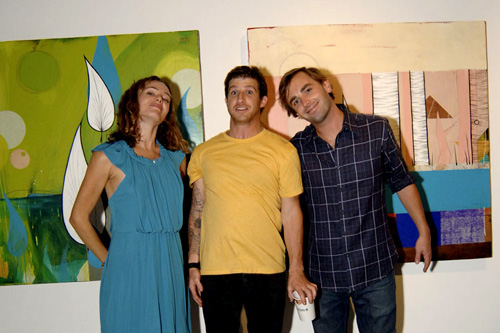 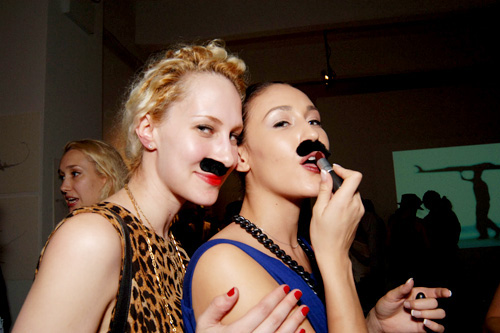 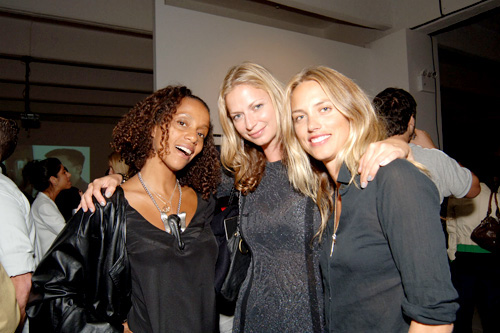 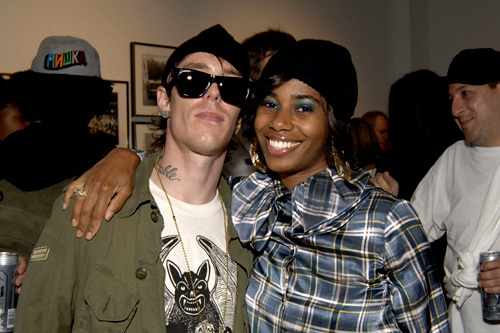 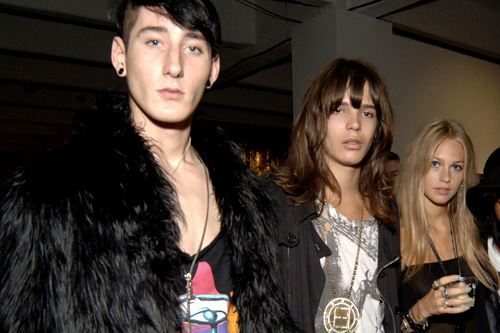 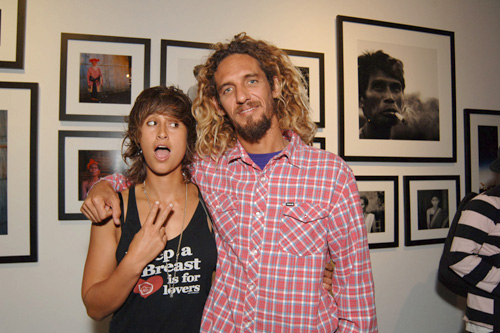 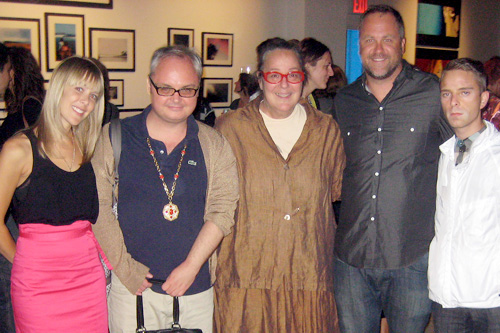 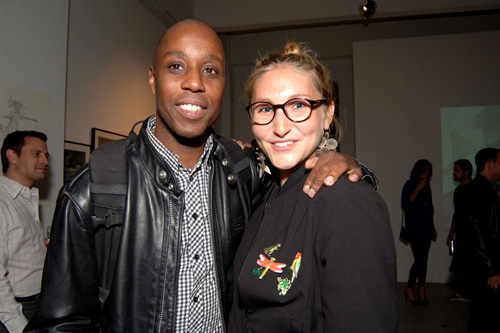 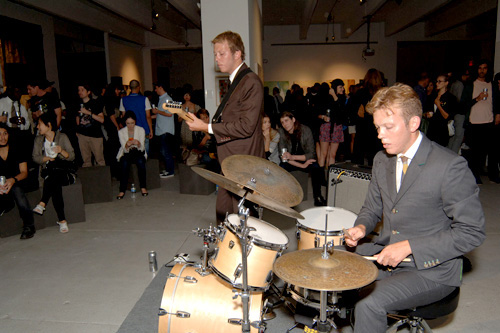 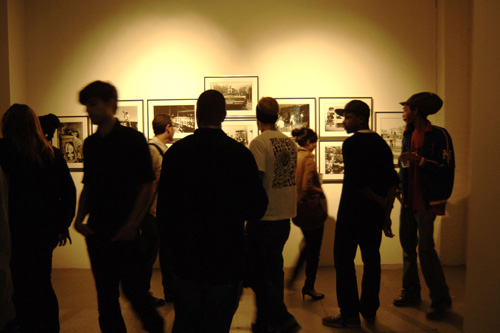 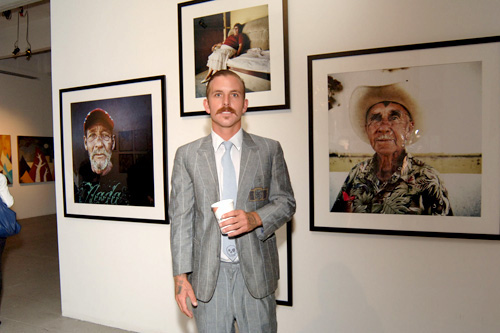 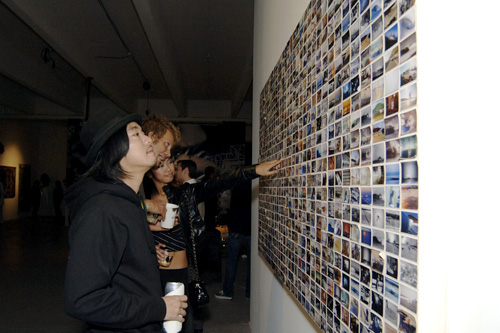 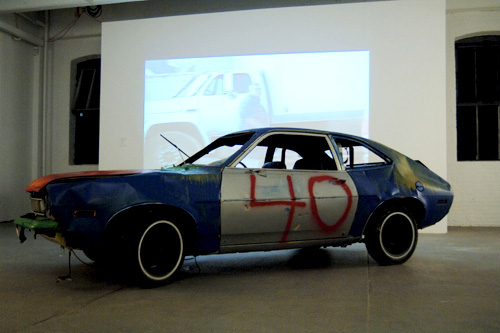 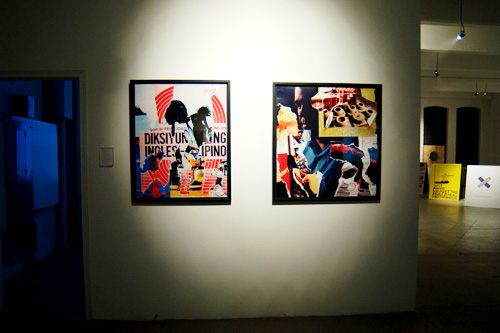 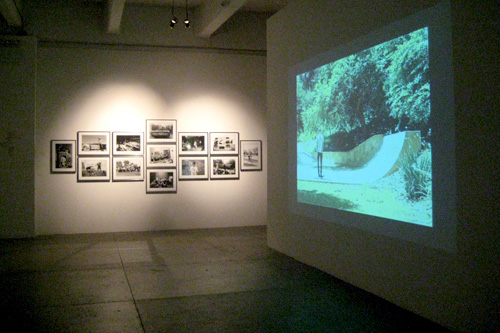 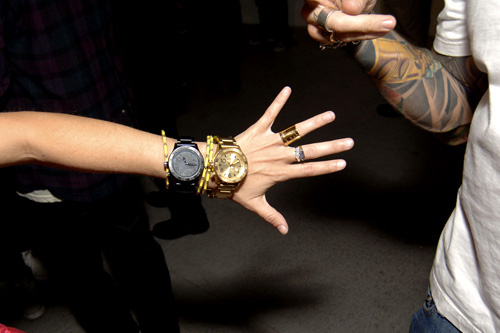