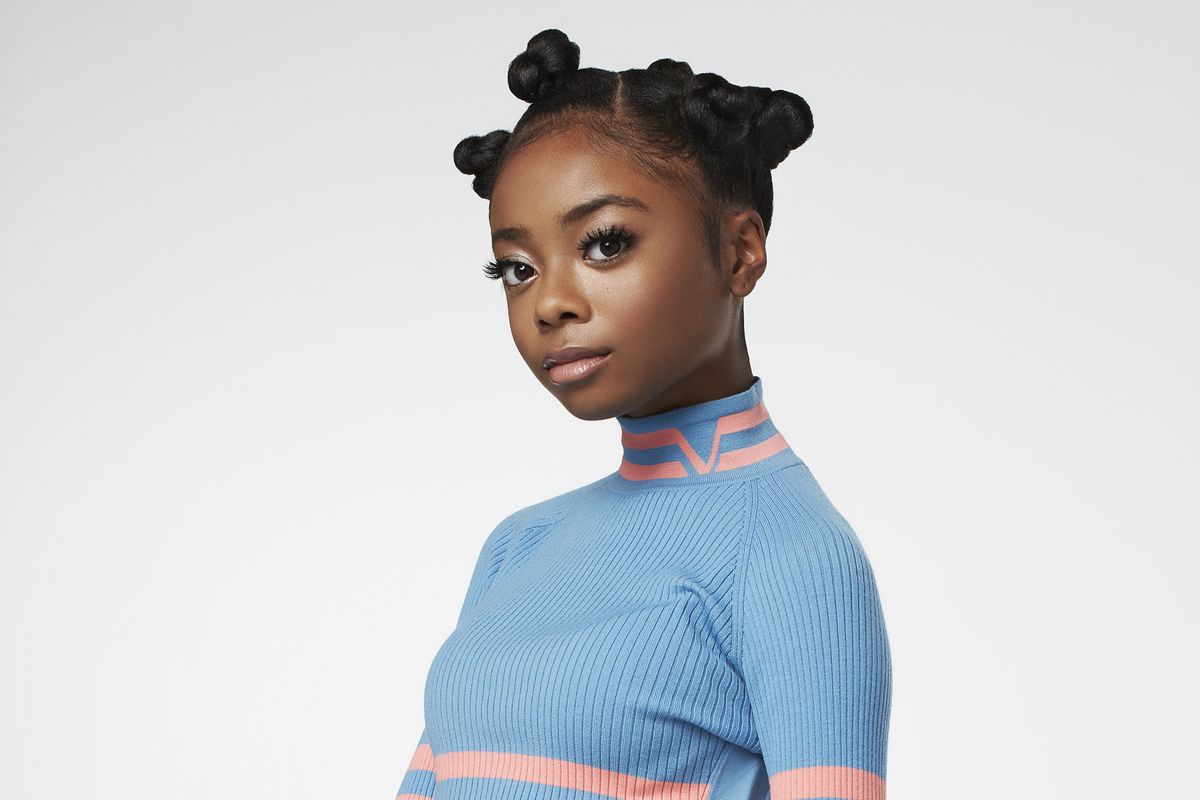 Actress and social media star Skai Jackson is taking over your feeds. 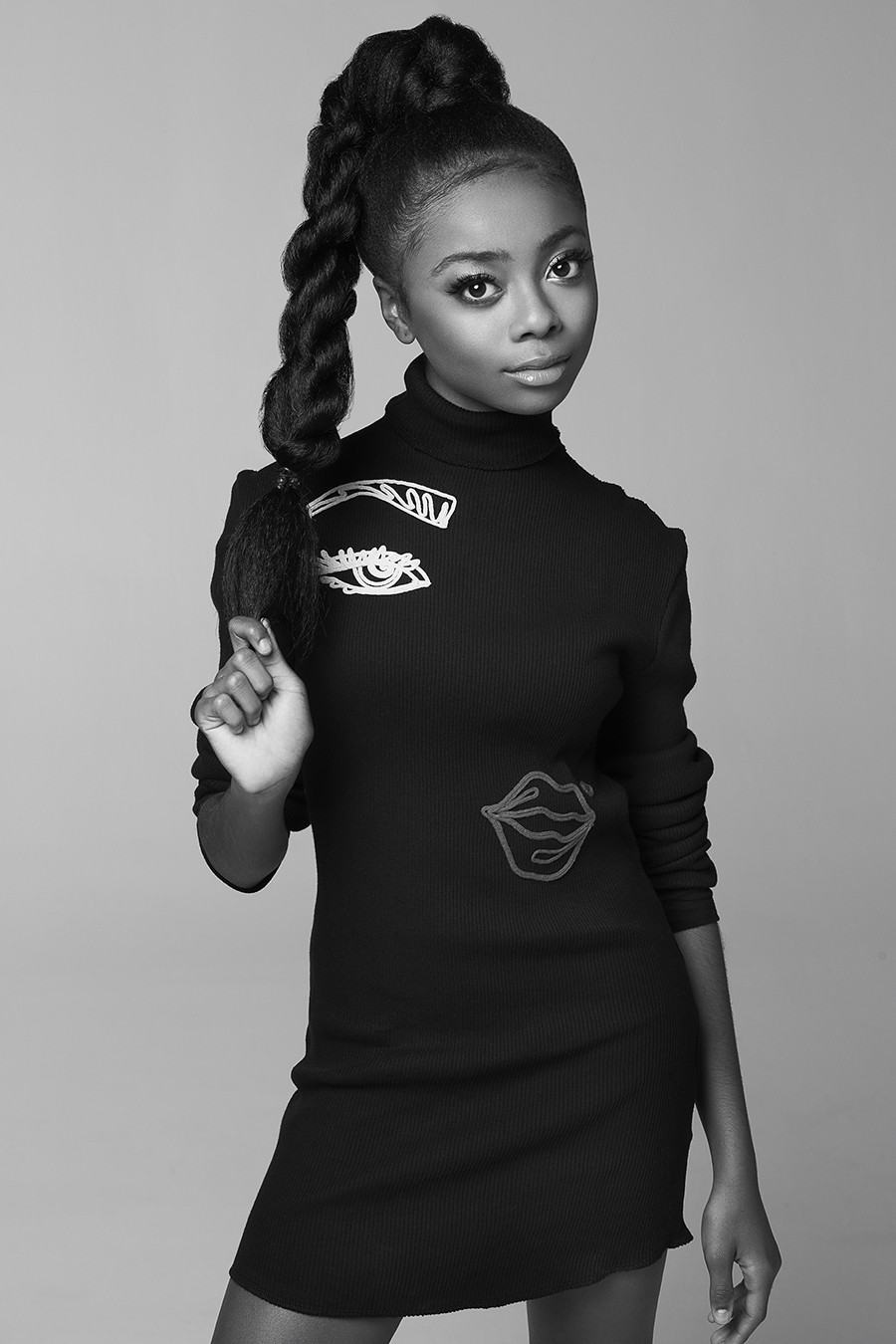 Top by Bliss and Mischief and boots by Rafa 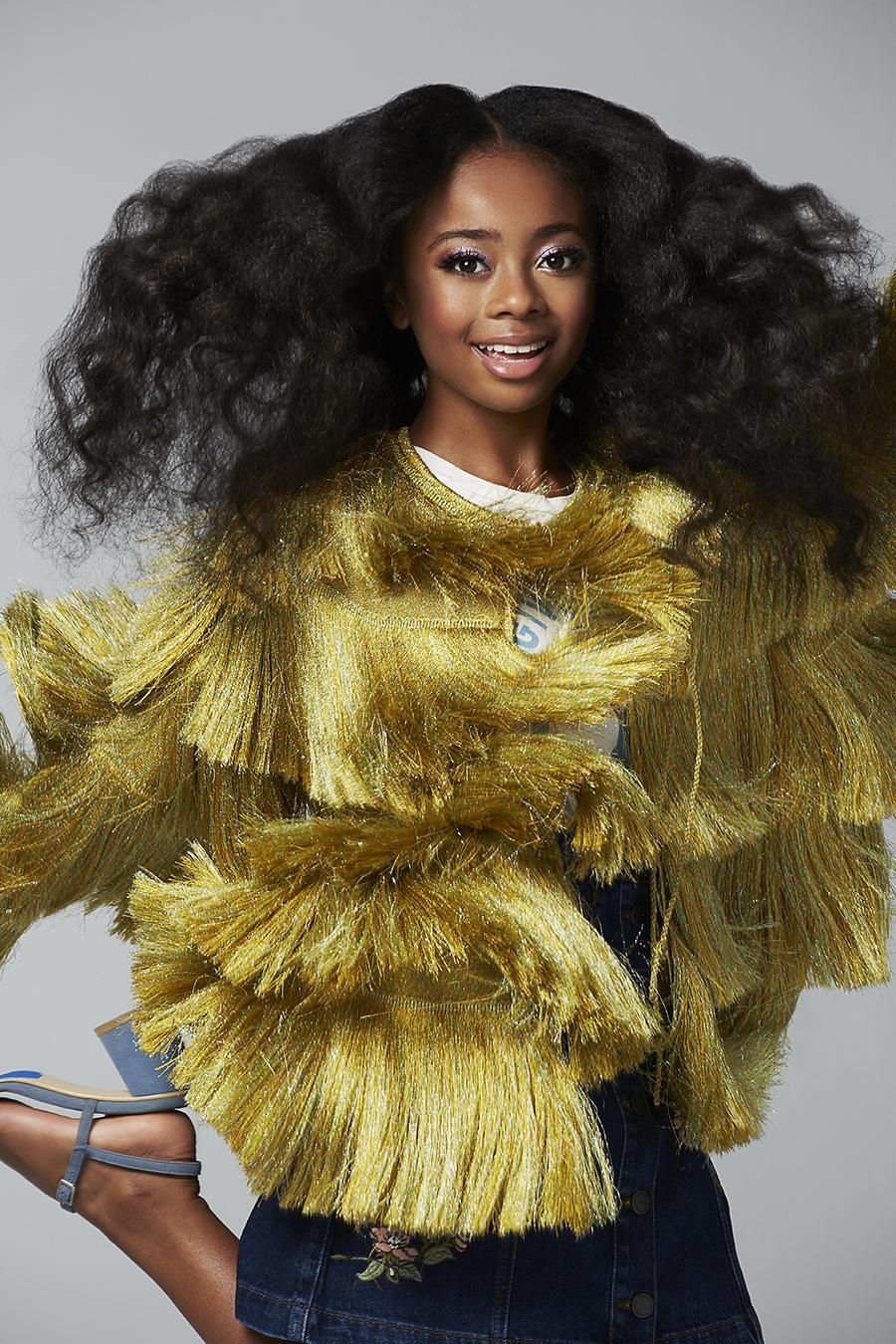 Skai wears a jacket by Missoni, t-shirt by Bliss and Mischief, skirt by Topshop and shoes by Rafa 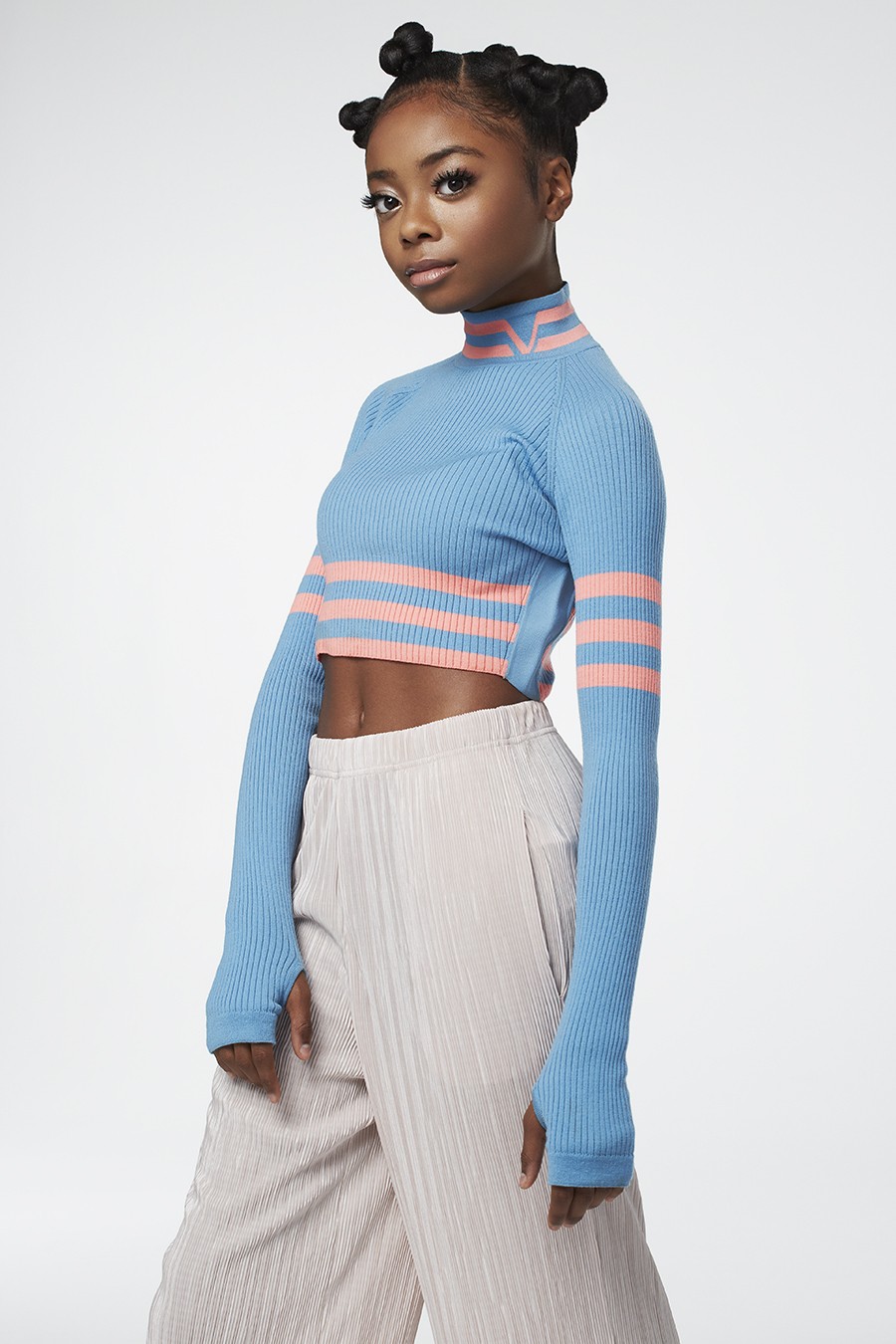 Social media is as much a part of life as eating or breathing for today's teens, and 14-year-old Disney Channel actress Skai Jackson is one of the more self-possessed digital natives out there. "I started going on social media at nine," Jackson says, thinking back to 2011, when she landed a supporting role as Zuri Ross on the Disney Channel's Jessie. These days, her platform of choice is Instagram, where she loves following fashion and natural hair accounts. But it was on Twitter that she had two huge moments this year. The first was when a photo she tweeted of herself sitting backstage at a Fox morning show was turned into a meme, and the second was when she was drawn into a spat with rapper Azealia Banks, who had made bigoted comments toward pop star Zayn Malik and eventually targeted Jackson. Of this latter incident, it was clear that when the 140-character zingers had all been fired and the dust settled, Jackson, the youngest member of the trio, came off as the most mature party. "I've always been that person who's not going to let someone attack me or say something aggressive toward me," she says. Offline, Jackson stars in Disney Channel's Jessie spin-off Bunk'd, where her character Zuri goes to camp, but she has aspirations beyond acting. "Maybe directing, producing. That would be fun," Jackson says, also noting a desire to get into the fashion world. "I've always had a passion for fashion. I kind of like edgy clothes. I especially love how Gwen Stefani dresses, because she is very Tumblr chic."

Hair by Tymothe Wallace for Oribe