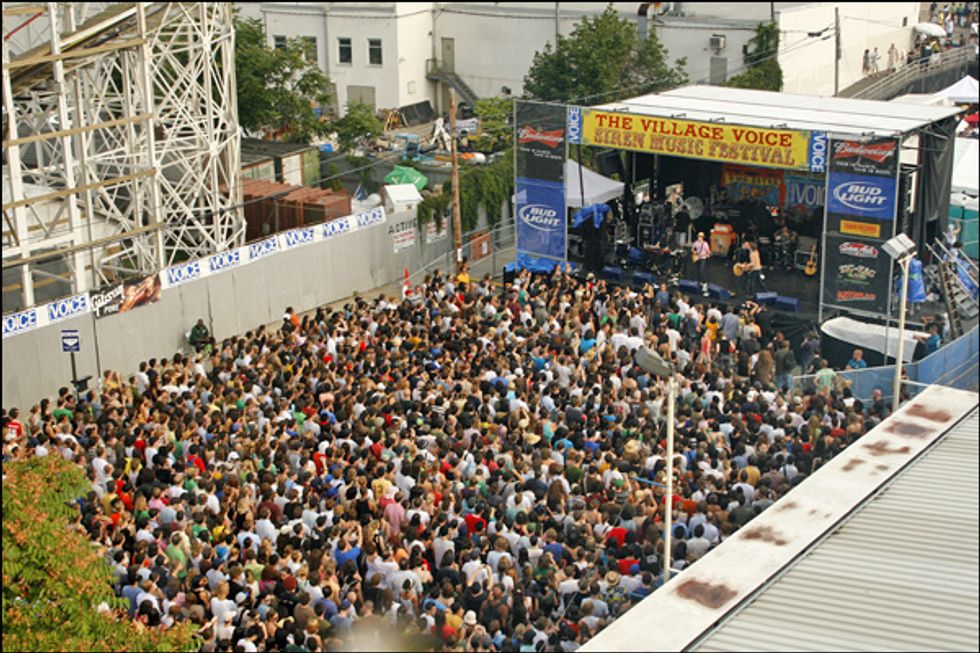 Well, well, well, it's about time! Despite the fact that the date for the 7th Village Voice Siren Music Festival has been known for quite some time (July 21st), the initial lineup wasn't announced until yesterday. I supposed we shouldn't be surprised, however, considering the fact that many doubted if it would happen at all, considering that this summer will be the very last for Coney Island's Astroland.

But in any event, this year looks good so far! Set to perform are the New York Dolls, We Are Scientists, Matt and Kim, The Black Lips, Dr. Dog, Noisettes, Lavender Diamond, The Detroit Cobras, Elvis Perkins and The Twilight Sad. Not too shabby, eh? It's definitely enough to possibly maybe entice me to deal with the insufferable heat!

The Village Voice Will No Longer Be in Print

These Dudes Claimed They Were Migos, Went to Coney Island and Took Photos with Fans