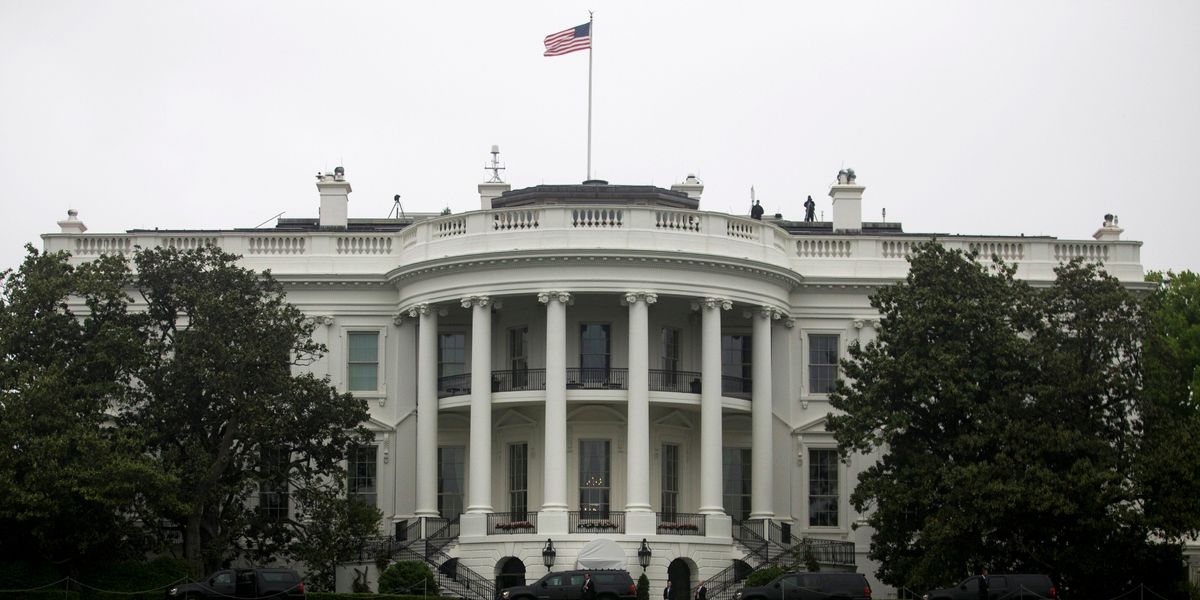 A Sinkhole at The White House Is Getting Bigger

This is not a drill: There's a sinkhole at The White House. Voice of America White House Bureau Chief Steve Herman tweeted today that he's been observing one on the North Lawn outside the press briefing room, adding ominously that it is "growing larger by the day."

According to Quartz, Herman said the sinkhole "was noticeably bigger between Sunday and Monday," and that it is "more than a foot long right now."

There may be caution tape and traffic cones marking off the hole, but nothing can stop the sinking feeling of doom in the pits of all of our stomachs (am I right?)

This isn't the first time the natural disaster has plagued President Trump. A 4-by-4 foot sinkhole formed a year ago at Mar-a-Lago, his golf resort in Florida, causing minor traffic delays.

The Internet, including newly radicalized website Dictionary.com, is rightfully amused:

Sinkhole: A hole formed in soluble rock by the action of water. Also a sinkhole: A place into which foul matter ru… https://t.co/SjHEnXHTQ1
— Dictionary.com (@Dictionary.com)1527012032.0

An actual, literal sinkhole has opened on the White House lawn outside the briefing room on the north side. Even th… https://t.co/94NI3aBOHY
— NastyWomenofNPS (@NastyWomenofNPS)1527013491.0