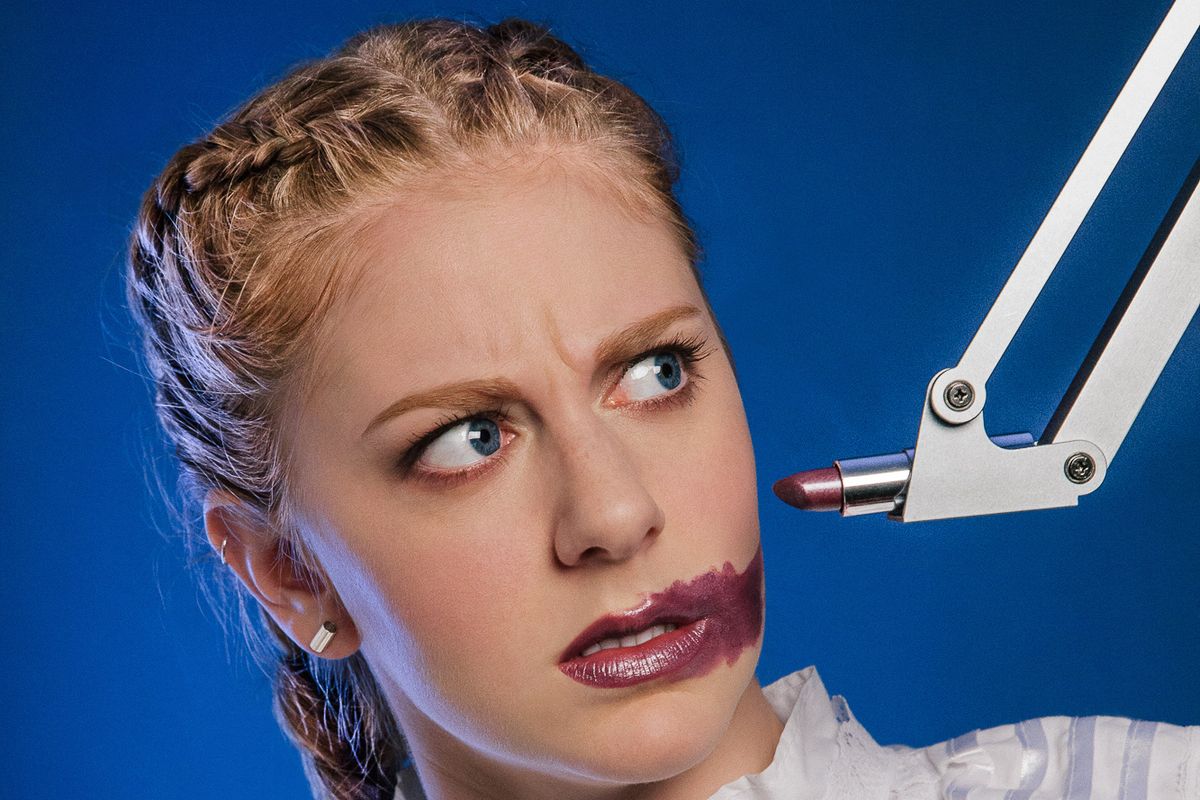 The self-proclaimed "Queen of Shitty Robots," Simone Giertz is a Swedish inventor. Her YouTube channel attracts hundreds of thousands of fans who come for Giertz's hilarious demonstrations of creative -- yet wonderfully hinky -- machines that can put on your lipstick or brush your teeth … sort of.

What do you consider your biggest accomplishment?

Once I competed for Australia in an international kite flying competition. It's a pretty impressive feat, considering that I'm not Australian and have never flown a kite.

Did you / do you have a mentor?

Right now I see Adam Savage as my main mentor. We co-host Tested together, and he's one of the best builders I know. I'm just in constant sponge mode when we work together.

What is the biggest motivator in your life?

I used to be very duty-driven and always did hard things only to prove to myself that I could. But then one day in my early twenties I woke up and was like "change of strategy" and decided to focus on only doing things that are fun. That was what got the whole Queen of Shitty Robots thing going, and now I see enthusiasm as my main motivator.

I was a really happy kid and was always caught up in some hobby of mine. When I got interested in something, I wanted to learn everything there was to know about it. My first obsession was octopuses, and I have a notebook filled with 8-year-old Simone's octopus research. When I was 13, I got obsessed with plants and had 93 different plants in my room. If you would have dropped me in a plant store, I could have named each plant for you, including their Latin names, how they should be watered, what type of nutrition they liked best and how much sunlight they needed. At other times I was obsessed with The Lord of the Rings, Premier League, piano playing, Chinese architecture and MMA. I think I've always been a bit eclectic in that sense.

What did you want to be growing up? What did your parents want you to be?

I wanted to be a lot of different things, but my main aspiration was to become an inventor or a scientist, especially an ethologist [so I could] study animal behavior. My parents never really made any claims as to what I should do; they were always very free-form. But both of them work in television, and sometimes they hinted that I might like it, which only led to me swearing off ever working in TV. They haven't dropped the "I told you so" yet, but sometimes I think they secretly exchange high fives.

What was the first invention you ever made?

I made a lot of things as a kid, but one of my first inventions was a robot made out of wood. It was just a block of wood with two arms, and it didn't do much at all. I was terribly happy with it.

Where do you get your inspirations from for the things that you create?

I get very creative when I'm bored, and it has become somewhat of a strategy for me. A couple of weeks ago, I went to Turkey with my sister and forced myself to lie on a beach for a week and get properly bored. That's when I got the idea for the hair-washing machine, for example.

What do you do to unwind and 'turn your brain off'? Do you ever look at dumb websites/memes and, if so, which are your favorites?

I unwind by leaving the Internet. Even dumb websites and memes have become so associated with work for me that I just turn off all screens and try to remember what I used to do before I had those things.

Do you have any personal/professional idols?

Elon Musk, Adam Savage, Limor Fried are some of the people that make me want to up my game. Also, I've always pictured myself peaking in life when I'm 47, so 47-year-old Simone is some sort of idol for me. She's real badass.

What's the biggest misconception about smart people/people interested in science?

That it's all about IQ. It's terribly stupid to think that intelligence can be measured by a number.

What is sexier to you -- someone's looks or someone's mind?

Looks at first, but the effect quickly wears off. Smell is a potential deal-maker or -breaker for me.

It's made it both easier and harder. But I think most of all, I've never been this disinterested in dating [as I am now]. I'm busy building an empire of shitty robots; I don't have time to dwell on boys.

My brain. Have never seen it, but it's doing a heck of a job from in there.

Would you date someone smarter than you?

Yes, but I wouldn't date someone funnier than me. That's my turf.