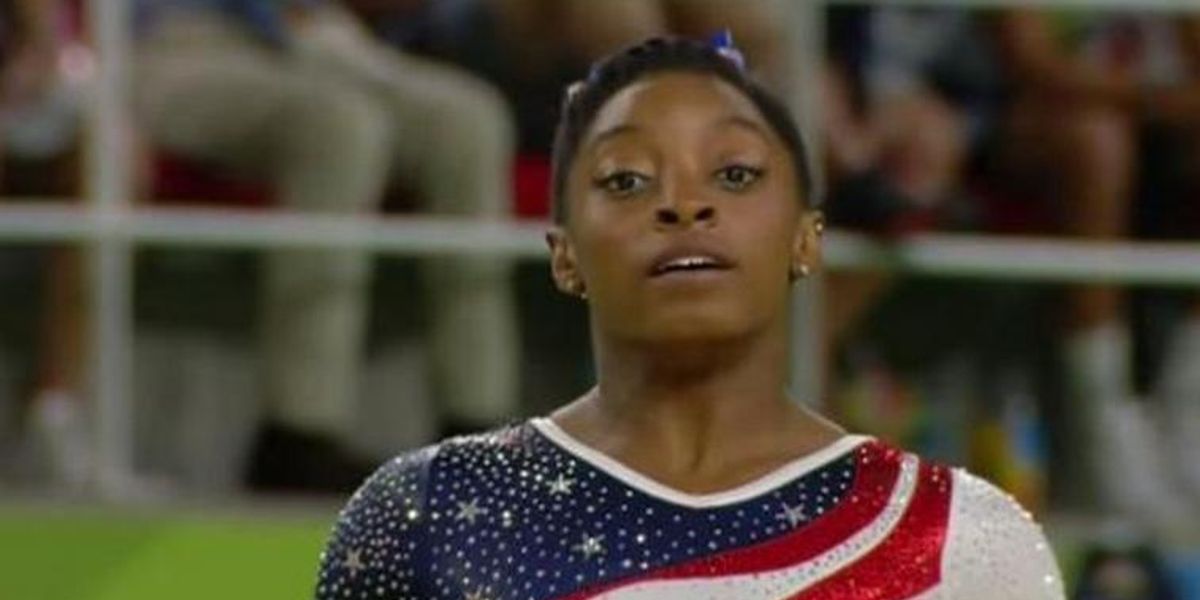 Superhero Simone Biles continues to rack up the sheen in Rio, with her FIFTH medal since the Olympic games began.

She solidified her most recent gold today, after an astonishing floor routine got her a tremendous score of 15.966 out of a possible 16, which, in short, is just about perfect.

Biles beat out teammate Aly Raisman, who took silver in the floor routine--an act she has held victory over until today; she came through with another outstanding score of 15.500.

Simone's medal count (including one bronze) makes her the first woman to win four straight golds since 1984, when Romania's Ecaterina Szabo pioneered the feat.

GO OFF, SIMONE--the games' most decorated gymnast, and the greatest living gymnast.

Also, try to not tear up at this photoshoot.