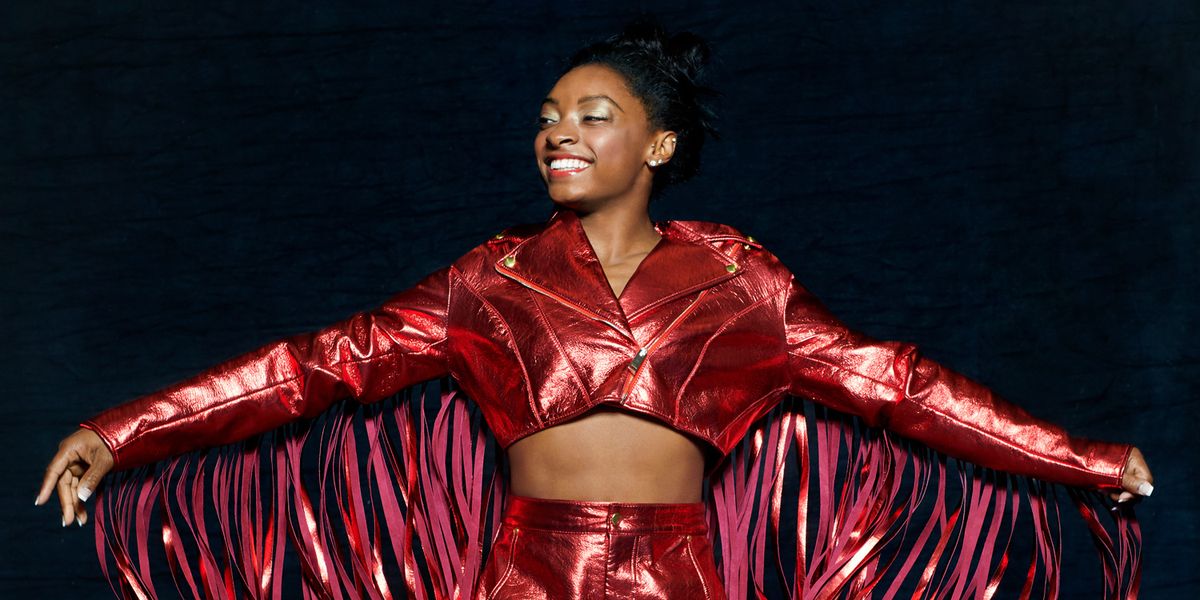 After a 23 month hiatus, decorated Olympic champion Simone Biles returned to the gym in a statement-making way.

On Sunday night, Biles became the first female gymnast to earn five all-around titles at the U.S Gymnastics Championship. Her near perfect performance on the vault, uneven bars, balance beam and floor exercise earned her a score of 119.850, which was 6.55 more points than last years all-around title winner, Morgan Hurd.

The gymnast, who is no stranger to gold medals and record breaking titles, donned a teal, pearl embellished leotard which she modeled in tribute to the survivors of sexual abuse. It was with no coincidence that the uniform, designed by Biles herself, was teal, the hue designated to survivors of sexual assault, as she told AP News. Biles announced back in January that she was one of the 150 women who were victim to the crime of sexual assault by former USA Gymnastics doctor Larry Nassar. "I stand with all of them and I think it's kind of special to unite [people]," she explained.

Post performance, Biles explained that she designed the teal leotard back in January — following the emotional seven day hearing for Nassar, where many of America's most elite gymnasts came forward to share their statements and face their abuser in the courtroom. Nassar was eventually sentenced to 175 years in prison for federal child pornography and state sexual abuse charges. The final sentencing brought happiness and relief for Biles, who immediately Tweeted out: "THANK YOU, YOU ARE MY HERO [Judge Aquilina] . & Shoutout to all of the survivors for being so brave & speaking like the queens that you are while looking at that monster. He will no longer have the power to steal our happiness or joy. I stand with every one of you."

USA Gymnastics CEO, Katy Perry, held her first extended question-and-answer discussion on Sunday with the media since she took the reigns of the position in December. Perry, who has kept quiet about the issue, danced around questions involving Nassar and provided vague answers like, "I would hope that [the athletes] know that I and all of the leaderships have their best interest in mind."