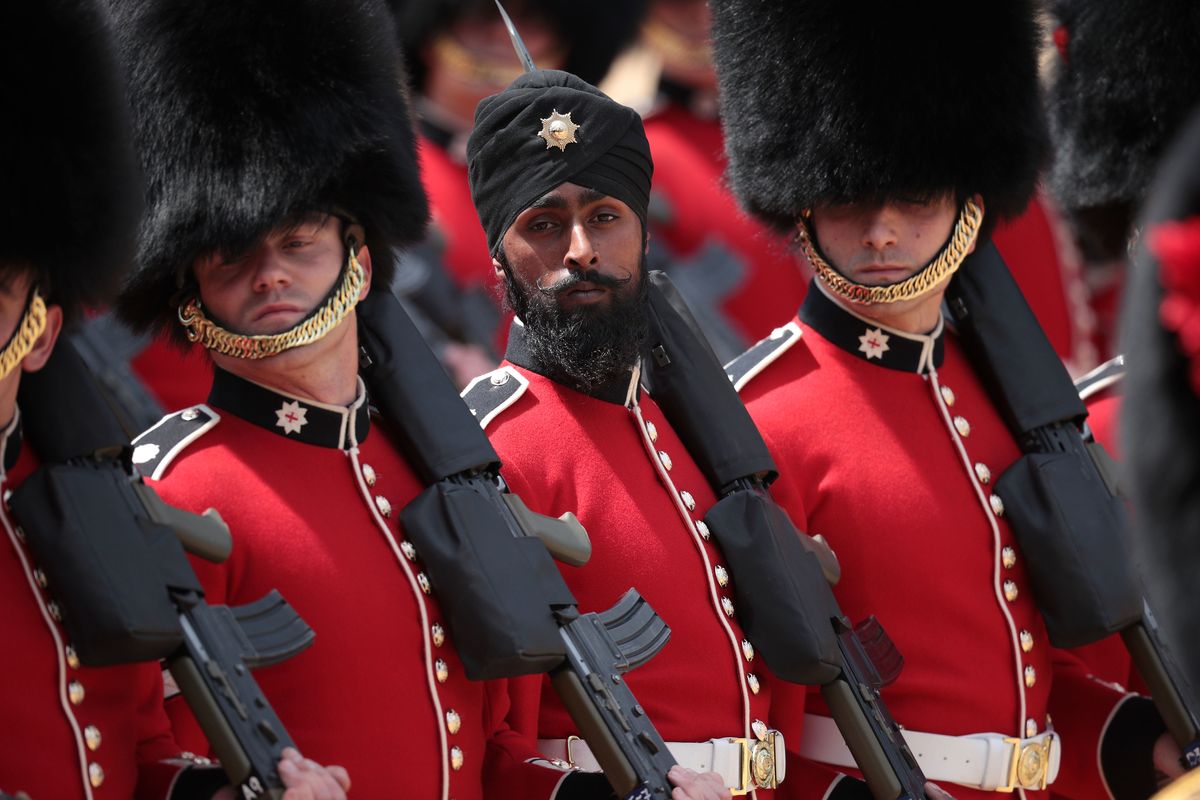 Sikh Guardsman Marches in a Turban for the Queen's Birthday Parade

From last month's royal wedding to the Queen's official birthday parade today (also known as the "Trooping the Colour"), it seems like the British monarchy is trying to show that it's welcoming diversity into its gates.

Sikh guardsman Charanpreet Singh Lall, 22, has caught the media's attention for standing out from the troops of the Coldstream Guards. Instead of wearing the tall bearskin hat soldiers traditionally wear, Lall chose to sport a turban. While Lall is not the first Sikh soldier to perform duties in his turban, CNN reports that Singh is the first to do so in the 270 years that the Trooping the Colour has been practiced.