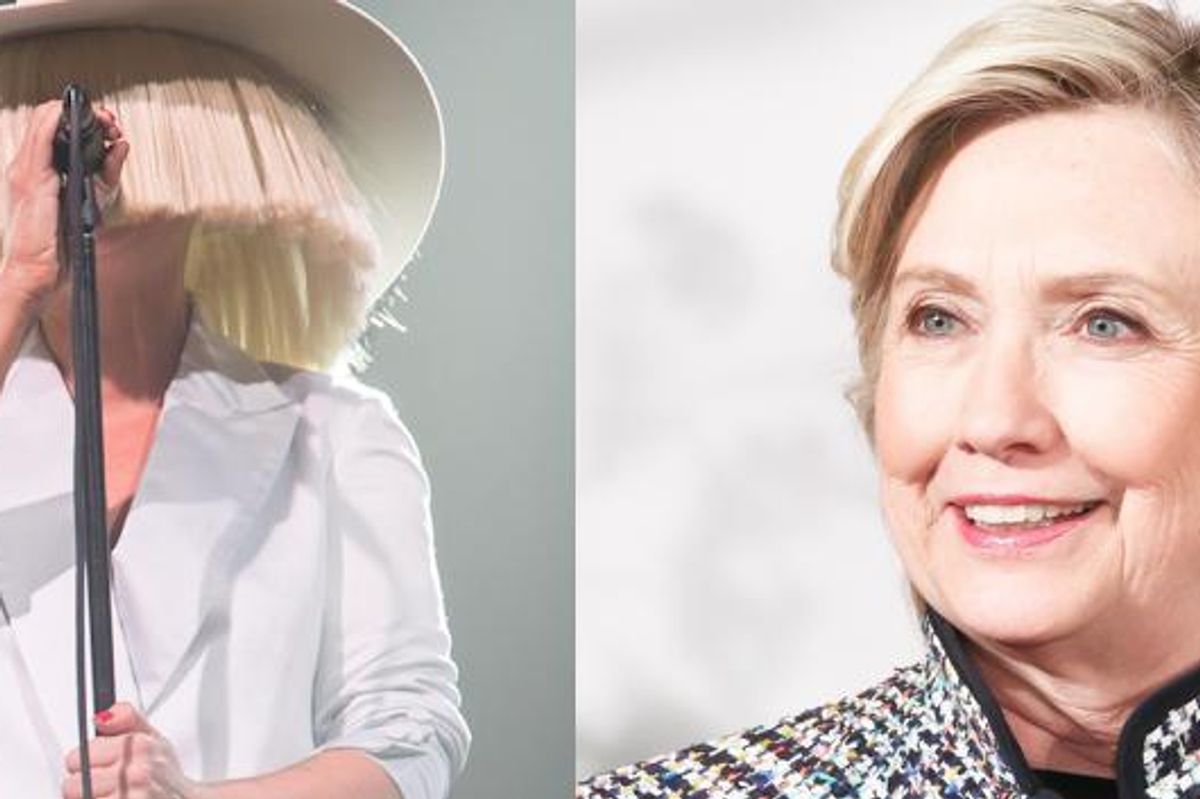 Donald Trump's disastrous performance at the first presidential debate of 2016 reached a true peak of fuckery when he questioned opponent Hillary Clinton's "stamina" as a theoretical President of these United States. The response came after debate moderator Lester Holt asked Trump about his previous sexist comment that Clinton didn't have the "presidential look."

Singer Sia decided to take that theme of stamina, and repurpose her track "The Greatest," featuring Kendrick Lamar, into a pro-Hill rally cry; the singer emphasized the song lyric, "Oh, oh, I got the stamina," looping it over a montage of Hillary doing the most, as usual. The clip ends with the Democratic nominee's glorious conclusion about her career as Secretary of State: "When [Trump] travels to 112 countries and negotiates a peace deal, a cease fire, he can talk to me about stamina."

She's got the stamina...please make this the new Clinton presidency logo.