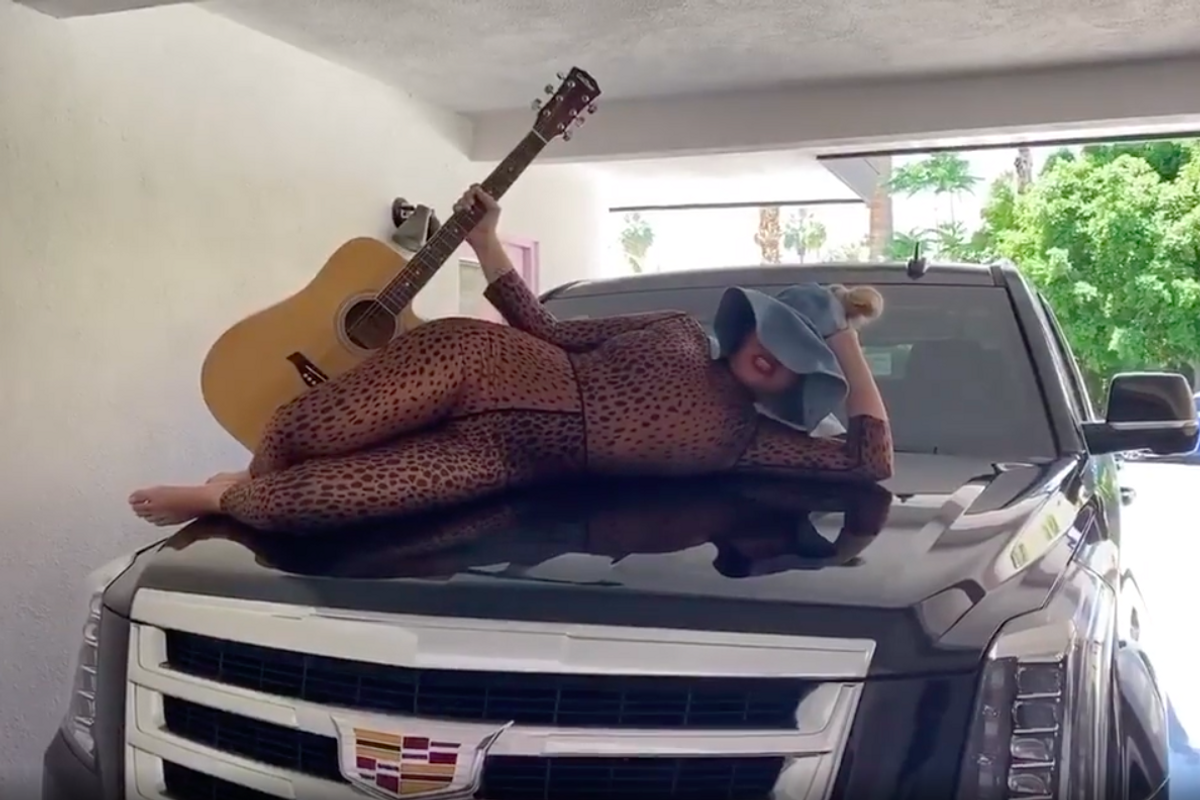 Listen to Sia's 'Tiger King' Parody of 'Savage' for Charity

You may never listen to Megan Thee Stallion's TikTok smash “Savage" quite the same now that Sia's remixed it with her friends, celebrity makeup artist Tonya Brewer and Dance Moms star Maddie Ziegler. It's not just any parody, however — it's about everyone's favorite mullet-sporting, exotic animal-trading convict, Tiger King's Joe Exotic. And it's for charity!

In a Twitter video posted by the pop star this weekend, she debuted her feature on the parody song written and directed by Brewer and Ziegler. With callouts to Carole Baskin, Joe Exotic's number one foe, and the tiger wrangler's Prince Albert piercing, the song pretty much covers the bases of all the episodes in the Netflix mini-series. Ziegler even has her own verse on the viral beat, carving out a place in the rest of the Ziegler family musical discography alongside her younger sister Mackenzie, who now releases tracks under the artist name Kenzie.

Needless to say, Sia kills her feature — “Dropping songs about Carole, it’s ghastly/ Did you say ghastly?” — and even twerks for the camera before handing over the mic for the final verse. In place of real tiger cubs, the trio employed Ziegler’s adorable foster puppy which made an appearance on her Instagram earlier this month.

Although the funny clip might’ve seemed like just another way for the trio to pass the time during quarantine in a sunny California backyard, it was also for a good cause. Sia urged viewers to go donate to the Humane Society in her tweet and posted a link to direct them to the organization’s site.