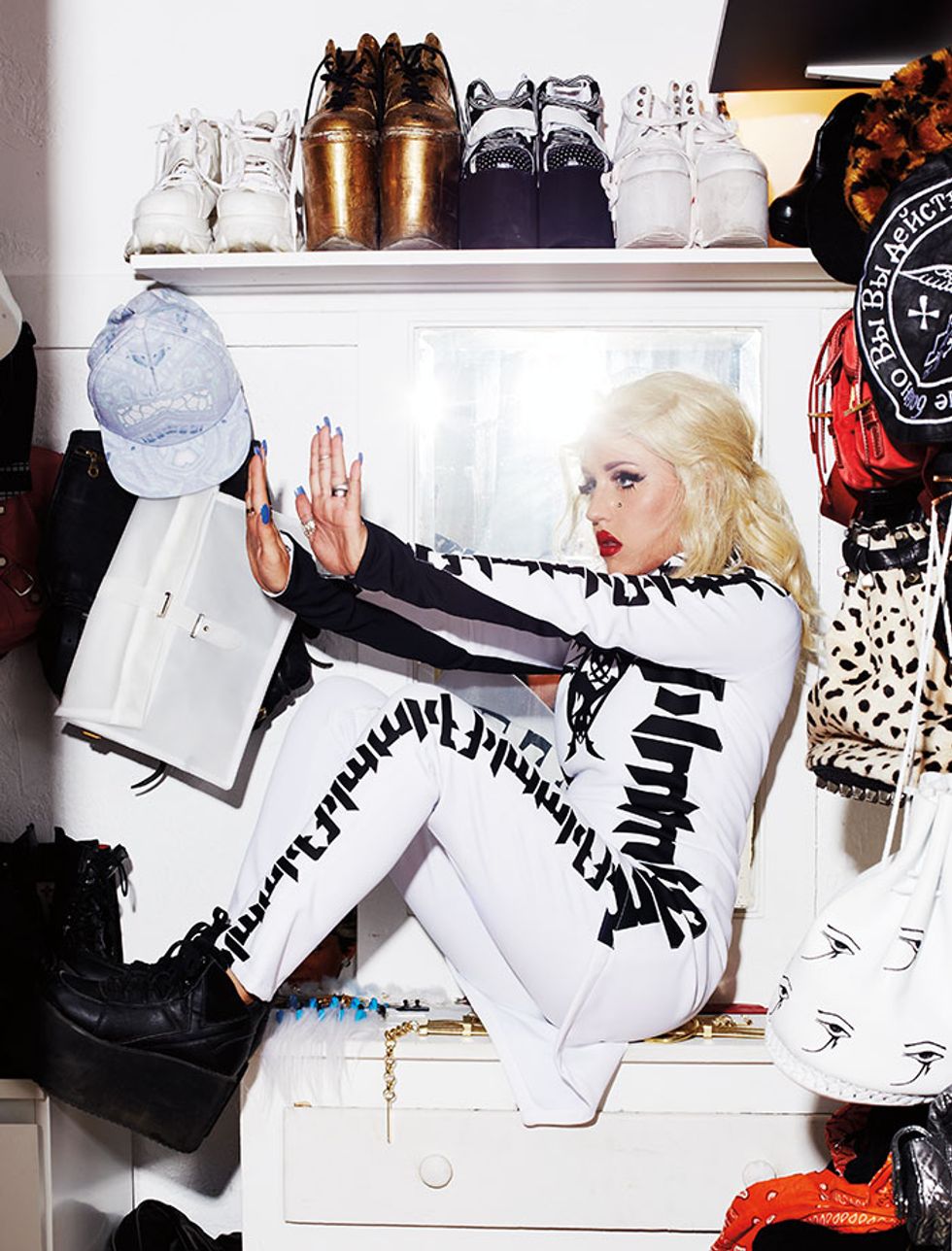 Brooke Candy
When singer and songwriting powerhouse Sia (class of 2008) discovered rapper Brooke Candy on Instagram she said to herself, "This dude is a freaky princess. I love her!" and promptly took Brooke under her wing. Now the executive producer of her upcoming debut album, Sia chats with Brooke while taking a bath.

Sia Furler: I'm in the bath. I have to incorporate self-care with promotion of my favorite artists.

SF: I can do any kind of work if I'm practicing self-care simultaneously. Painting my nails, or getting my hair did, you know?

BC: That's a true fact! Remember we had that meeting at the nail salon?

SF: Yes! But I want to talk about how we met. I'm not really interested in any other artists -- I'm not interested in really anything except reality TV, dogs, being sober and hanging out with my friends. But when I came across you on Instagram I was like, "Oh, now I'm interested!" I saw a lot of myself in you and I thought, "I have to help this person not make the terrible decisions I made, and I can't let anyone who doesn't understand her ruin her career." I felt, potentially with delusions of grandeur, that I was the only person who could really support you in becoming who you are on a grander stage or platform.

BC: Well, that is true. You are the only person.

SF: The great thing about you is that you're authentic, and nobody can borrow authenticity.

BC: I get so nervous. I'm nervous.

SF: It is nerve-racking, especially at the beginning, because when you're an artist we all want to create this version of ourselves for the public. And it's difficult to maintain that.

BC: Yeah, and I'm happy with what I've done. It got me this far. It got you to look at me, and you understood. I was just expressing myself. If I feel an impulse to make something, I'm going to make it and I don't really look back and think that it's positive or -- I don't know. 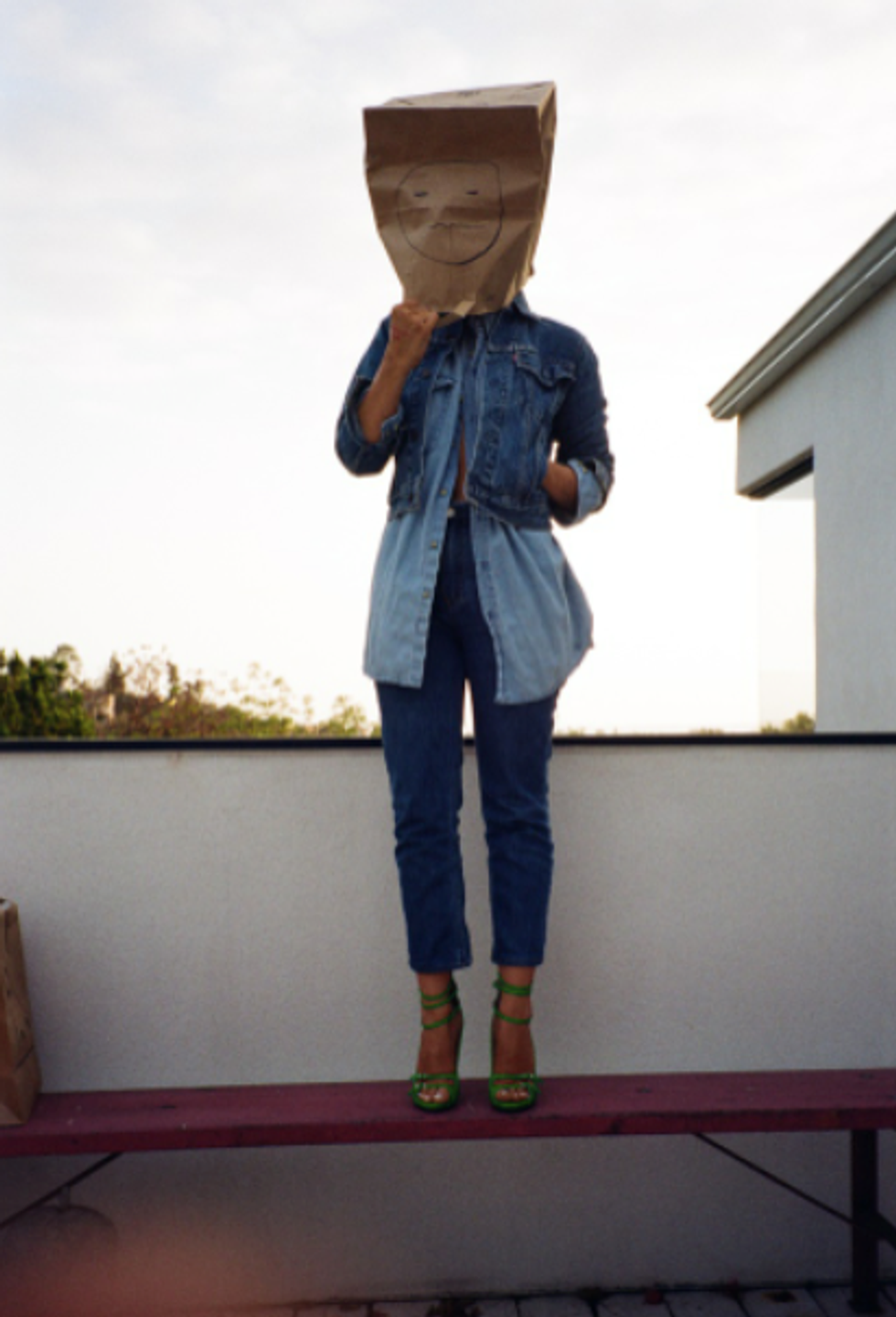 Sia photographed by PRETTYPUKE
SF: And we mustn't forget that you've gotten all this way by yourself with no management and no label. You're hungry like the wolf. You're hard-working, and you have something to say, and even if it takes you 50 years to say it all, at least you're opening your mouth!

BC: Totally. I've always had this agenda to push female and gay rights, so everything I've done is just a way to push that. I definitely don't regret anything at all. And thank you, Sia. You've really helped me more than I did. You're a better witch.

SF: I just started working in the pop industry, writing hits for the big stars. In order to stay current in that universe, I feel the need to work with new, fresh, unique artists. Any money I make out of you doesn't actually come from your wallet -- it comes from the label's side [RCA], because my intention was never to exploit you; my intention was to create some sort of fair exchange. That's what I like, and that's what I feel is creating this equality between women -- supporting another woman that you're interested in as an artist.

BC: Everything you're saying is true. The first time we ever met, when you emailed me, I thought it was this girl who had been bullying me, because you are one of my favorite artists. I was like, "There's no way this is fucking real." And it's just crazy because the fact that you even found me when you really don't pay attention to anything current -- you're making your own art that has nothing to do with anything that's going on now -- makes me feel ten million times more special. I did something right!

SF: And now you have your album coming out. We have Diplo, Benny Blanco, will.i.am... I basically called in every favor I had. When will.i.am saw your videos, he was like, "Can I work with her tomorrow?" Diplo was like, "She's the most precious thing on the planet, I'll do anything for her." There are a lot of singles on it. There's a lot of really good, fun pop music, there's some really dope hip-hop beats with sick rap on them. I would say it's like maybe an urban pop album. What would you say?

BC: I agree with that. It's like, the majority of it is hybrid, but then there's an underlying urban hip-hop tone to it all. Even the pop songs are fucking bouncy. There's also a couple of ballads...

SF: I remember saying to you that historically, girl rappers just disappear after a while, and it would be really sad for that to happen to you. So I said, "Do you think you can try singing?"

BC: I had never even thought of singing as another outlet of artistic expression and it's just crazy because when I did it, it made me really happy. It's such a crazy release. I never thought I could do it and I didn't have the confidence to try.

See more of the Chosen Ones