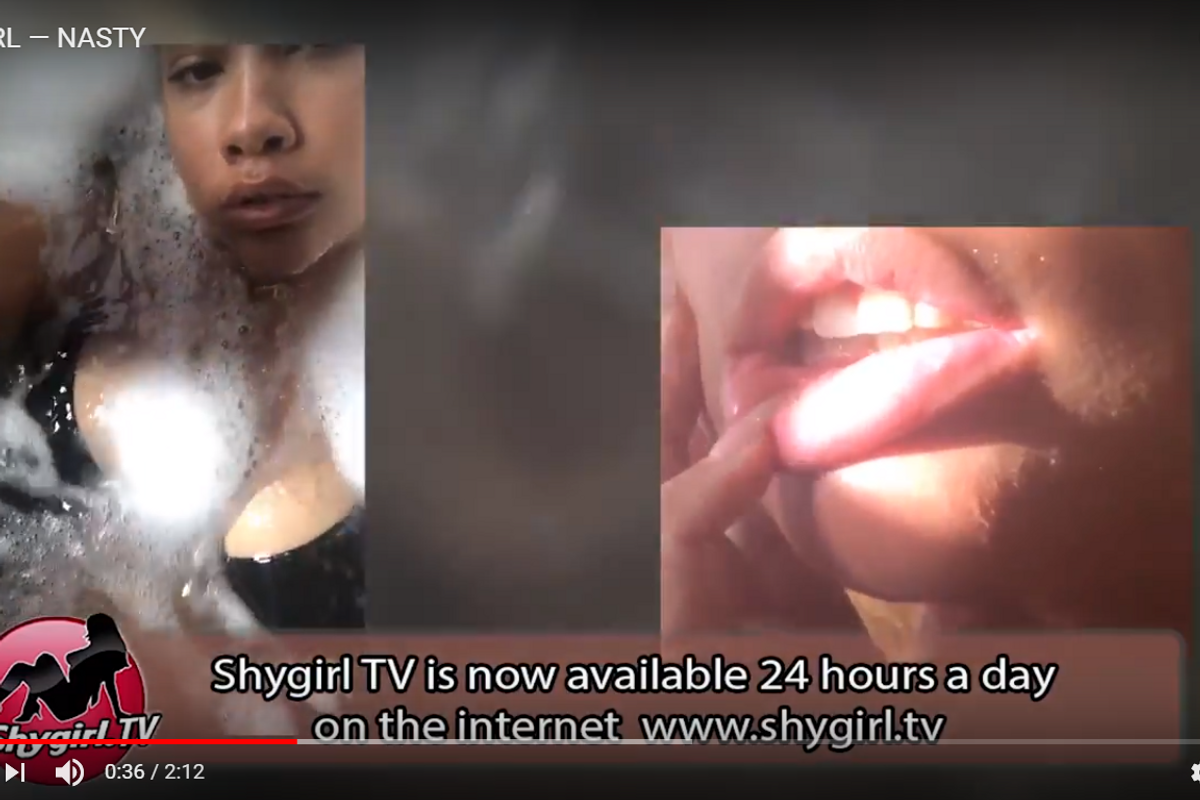 Shygirl Embraces Her Nasty Side

Shygirl, the moniker and alter-ego of London singer and DJ Blane Muise, is the furthest thing from shy.

The performer, who's become known for her sexually charged lyrics and visuals, is in fact, quite bold, not that we mind in the least bit. Earlier this summer, she released Cruel Practice, a five-song project that pushed the limits and expanse of desire. The juxtaposition between what society expects women to be (soft, subservient, sincere) when communicating sexual needs and who women like Shygirl are (unapologetic, not down for small talk) is explored to thrilling effect when set to a harsher soundtrack of occasionally manic industrial beats.

This contrast is perfectly rendered on tracks like "Nasty," where Shygirl adopts a cooed vocal, almost mocking and teasing potential play partners — a concept made literal in the song's official video, which is basically Shygirl adopting the persona of a self-empowered webcam girl. "I loved this vague idea of 'leaking my own sexts,'" she tells PAPER, "So I started saving clips I sent to lovers, because as much as it was for them, it was more about me."

Watch the NSFW video for "Nasty," below, and read on as she talks about female desire and what she wants voyeurs (AKA: you) to see.

When making the video, what was the most important thing you wanted to get across?

I wanted something for myself. I loved this vague idea of "leaking my own sexts," so I started saving clips I sent to lovers, because as much as it was for them, it was more about me. I found that projecting a desirable image of myself regardless of who's watching quite powerful. Filming and editing everything myself for this video reinforced this idea. I had complete control, and only really focused on things that were desirable to me, including texture and movement.

"Desire isn't anything to be ashamed about."

Since this video focuses on voyeurism and the sexually-charged male gaze, what is it that you hope for/want viewers to see? Women, men, nonbinary people, etc?

That desire isn't anything to be ashamed about. Being aware of what you like and what is attractive to you in every sense is a way to discover more about the complexity of ourselves. In my own personal experiences as a woman, I felt the male gaze thrust on me regardless of whether I wanted to be seen in that way or not, and deciding not to shy away from this but instead focusing more on being in-tune with my own desires is where I felt I regained control.

What does the word "nasty" mean to you?

Nasty for me is about reveling in your own debauchery.