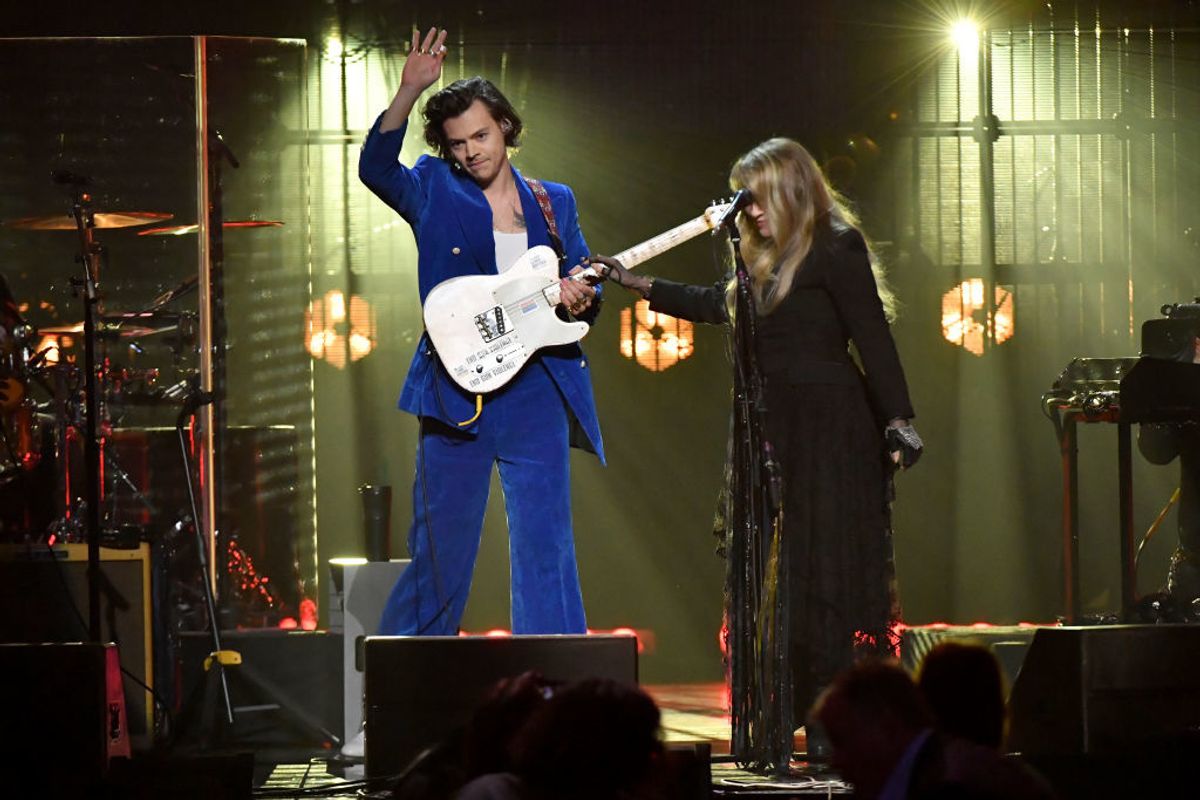 Harry Styles is many things: musician, actor, Gucci-clad fashion icon. PAPER's favorite person to harass on Twitter. But is he Elvis? This is the big question we must ask ourselves today, following reports that 1D's breakout member is up for the lead role in Baz Luhrmann's upcoming biopic about The King.

According to The Hollywood Reporter, Styles has screen tested for the part alongside four competing hunks — Ansel Elgort, Aaron Taylor-Johnson, Miles Teller, and Austin Butler. Elgort you know from Baby Driver, Taylor-Johnson from Kick Ass, Teller from Whiplash, and Butler from the vastly underrated and tragically canceled Sex and the City prequel series The Carrie Diaries. (He played Carrie's handsome high school love interest.)

But back to Harry. This is… crazy? He's British, for one thing. British, and also kind of skinny and pale. No shade, it's just that Elvis was none of those things. On the other hand, we do know Styles to be more than capable of singing, gyrating, and pulling off outlandishly lapeled suits. He knows all about being a teen idol, too. Styles and Presley also share a military history — Harry served in Dunkirk, Elvis in the US Army during the late 1950s.

Okay, I'm starting to see it. If Baz does go with Haz, let's hope that his fellow Gucci model Lana del Rey gets the part of Priscilla. Instantly iconic.