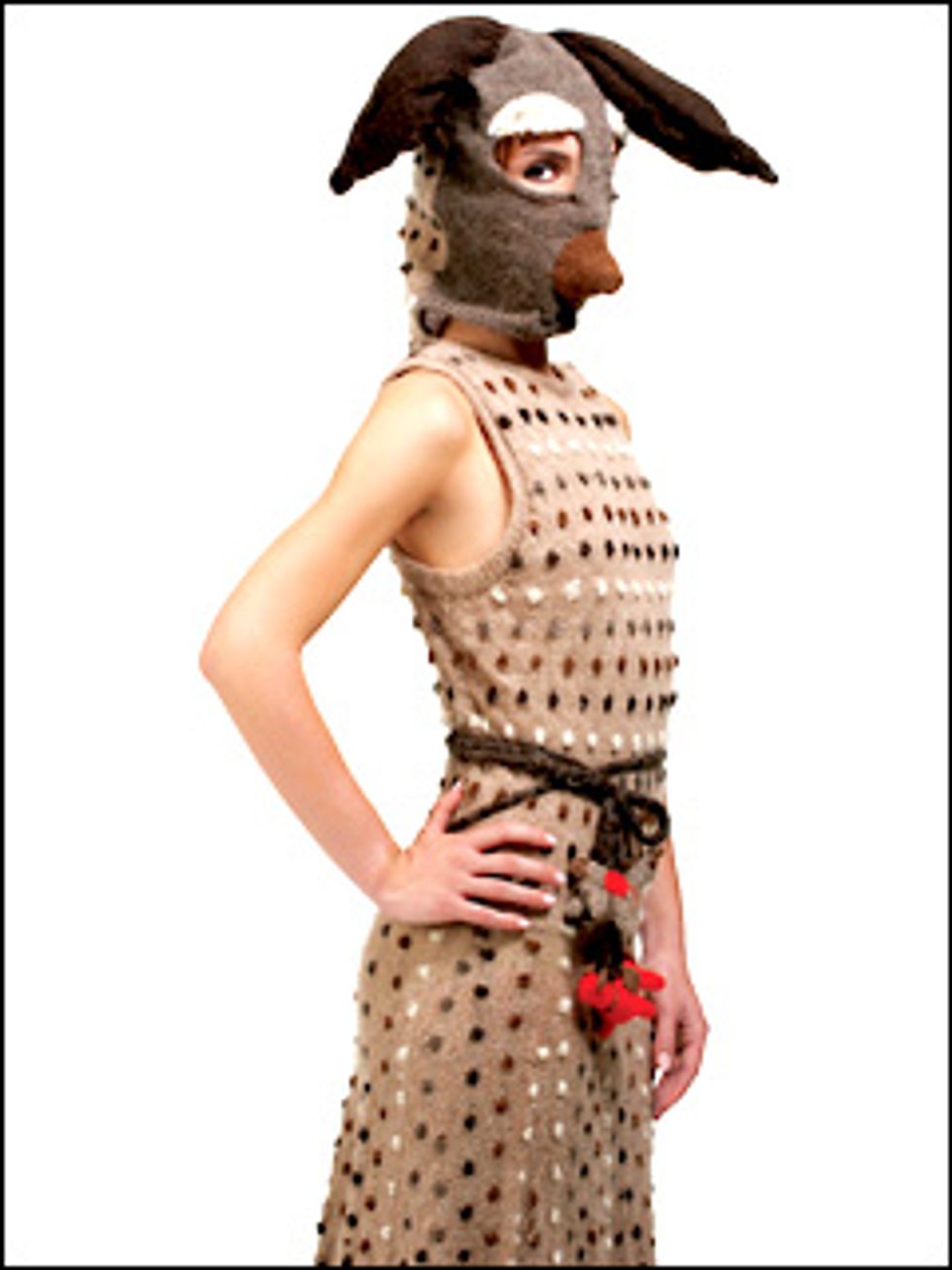 Since 1998, Buenos Aires-based designer Mariana Cortes has been outfitting Argentinian beauties with her playful, candy-colored lingerie and outrageous knitted Juana de Arco creations, working out of her boutique and gallery space in the Palermo district. Cortes, who hails from Arribenos, a small village north of the capital, watched as the economic crisis of 2000 hit her childhood community hard. She commissioned some unemployed workers to produce carpets from pieces of discarded cloth using an ancient hand-crafting technique that she'd discovered on a trip to Brazil. Today, eight years later, her various socially active efforts -- now grouped under the name Project Nido (Nest Project) -- span several villages (sometimes keeping an entire community afloat), and produce various lines of her underwear and clothing while simultaneously keeping tradition alive via her imaginative use of textiles, technique and singular style. Many of these products are then distributed through Easy (the equivalent of Home Depot), the Museo de arte latinoamericano and art exhibitions. "I want Juana de Arco to be a nest of dreams of people in this project," the 34-year-old explains. "Even in the simplest product, you can see me, the village of Arribenos, people living in Argentina and the country itself. Juana de Arco represents a love and honor of Latin American culture and the people who are proud of it."