Shop of the Week: Zoe 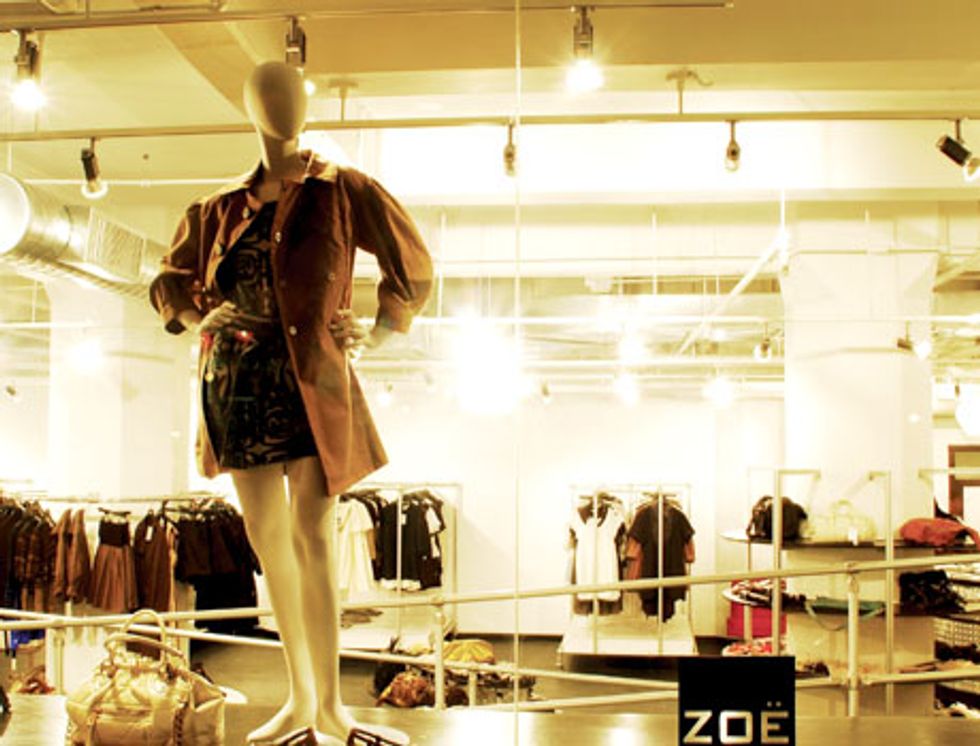 Isn't it strange how DUMBO went from being an industrial wasteland that barely had sanitation service to being ultrahip and expensive without any of the usual stages in between (check-cashing kiosks, liquor stores, etc.)? That was largely by design -- the area was developed primarily by one company, Two Trees, which bought up the undesirable real estate, attracted artists to the empty spaces through space grants and let momentum do the rest. Sinister genius, huh? Well, now with the arrival of ZoÃ« this past fall, the transformation is complete, like it or not. (West Elm was one thing, but ZoÃ« makes West Elm look like Target.) A former box factory, which not so long ago housed such artistic endeavors as the visionary NTUSA theater company and Ugly Duckling Presse, is now home to ZoÃ«'s new 3,500-square-foot space, a spare, stylish sweep of minimal racks hung with high-end pieces from dozens of top designers (Prada, Mayle, Zac Posen, Phillip Lim 3.1 and Daryl K among them), and for spring, some standout items from Mint and Rebecca Taylor. The store also carries a deep selection of denim (Earnest Sewn, Acne and J Brand are among the brands offered), with a staff that knows how to steer a customer toward a perfect fit. ZoÃ« has long been established in Princeton, New Jersey, as a style beacon but appears quite able to hold its own in DUMBO, as well. In general, it seems comfortable with its swankiness: It's not pretending to be anything other than what it is. And if you're tempted to wax nostalgic over the old days of DUMBO, when there were actual artists working here, you'll just have to settle for whatever glow they've left in their wake, like the beautiful, mysterious paintings of birds in flight on an old warehouse a few blocks down on Water Street. 70 Washington St., Brooklyn, (718) 237-4002. Olive Ridley