Shop of the Week: Concrete NY 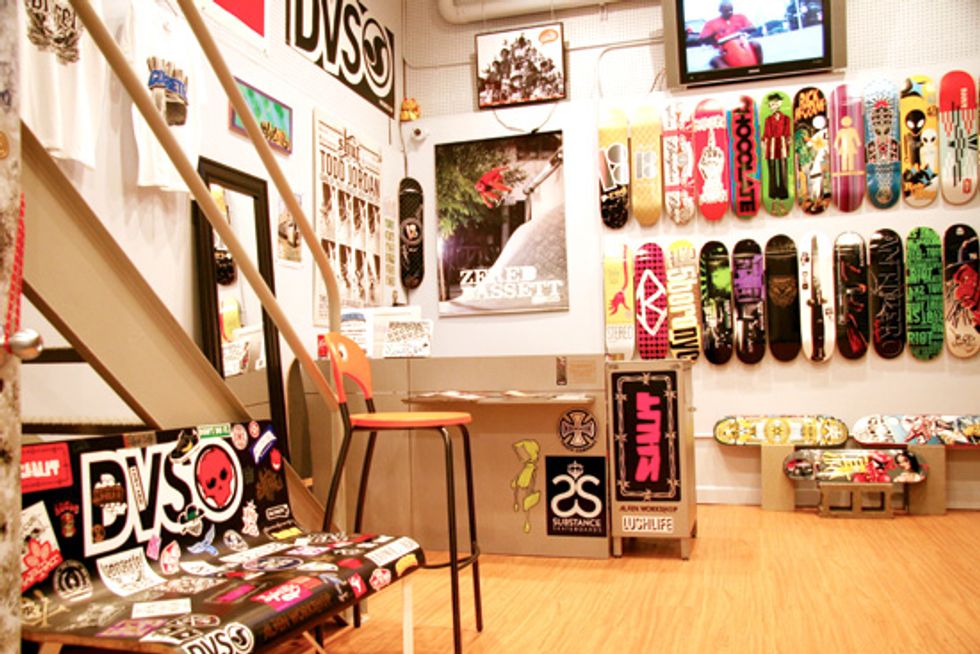 In New York, sometimes the way to get really big is to start very, very small -- the basement bar on a dark street with no sign, the four-star restaurant with just a few tables or the designer T-shirts made by hand in someoneâs studio apartment and sold at just a few boutiques. Following suit, Joe Chiraâs closet-sized skate shop near Union Square seems to be next. Concrete NY has no storefront; rather, the shop is nestled deep inside a nondescript building, down a long hallway, in a 300-square-foot windowless space that looks more like a bunker than a retail store. Clean, tidy, and most of all, functional, Concrete lets its inventory speak for itself. Featuring boards by Habitat, SHUT, Zoo York, and 5boronyc -- all for a surprisingly reasonable $50 -- the shop is a must for hardcore skaters. But you donât have to be able to flip into a backside railstall after an eight-foot aerial off a half-pipe to be comfortable at Concrete. With an extensive line of T-shirts, hoodies, sneakers and denim, urban fashionistas are sure to find something no one else has -- the mark of a true New Yorker. Posers need not apply.

Saving New York, One Skate Spot at a Time