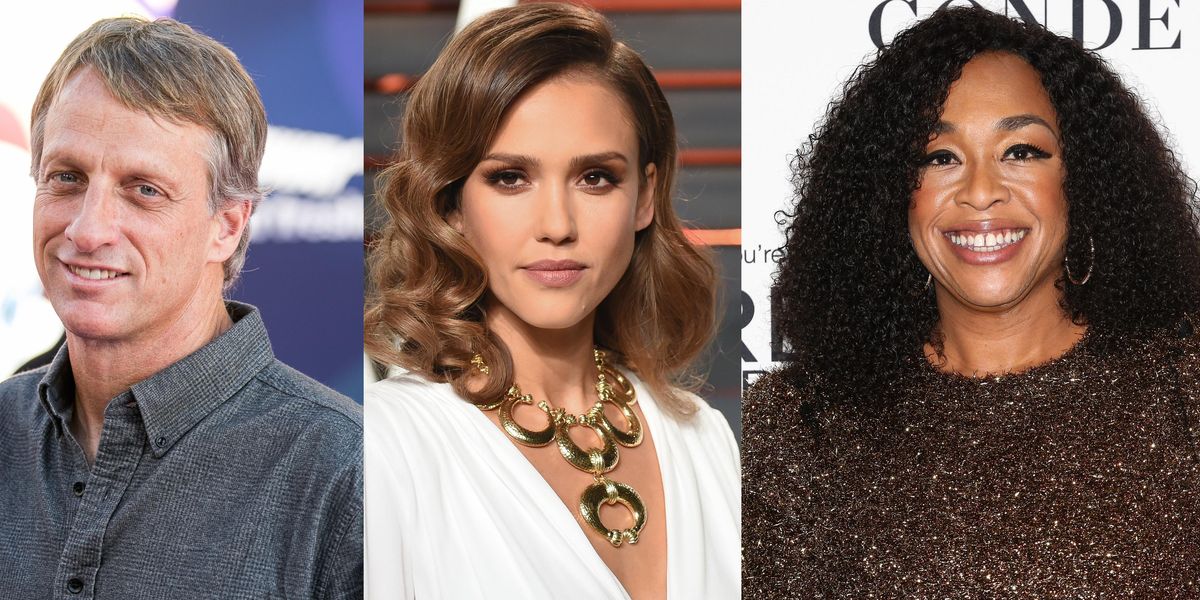 At an event for American Express OPEN - a initiative to help entrepreneurs and businesses on their way to success - business leaders Shonda Rhimes, Tony Hawk and Jessica Alba shared some of the lessons they've learned on the road to building their brands.

As the executive producer and founder of her own production company, Shondaland, Shonda Rhimes has achieved huge success as one of the leading women working in television. Fan favorites like "Grey's Anatomy," "Scandal," and "How To Get Away With Murder" are a few examples of the Shondaland projects we all know and love. Rhimes shared some lessons she's learned building her own network (and executive producing, creating and writing major network shows):

On what sets her apart from the competition: "There's a lot of work involved, a lot of hours involved in it. The big difference honestly is probably that I was willing to stay longer and work harder than most people. You can have one show or you can have six, and I thought, why not have six?"

On the authenticity she strives for and asks of her employees: "There's a requirement of open vulnerability that I think the shows have that translates into everything we do. It's how we build things, we want to make sure everything we're doing comes from a real, original source."

On unplugging at the end of the day: "My email signature says, 'I do not answer emails or calls after 7pm, and if you work for me, I suggest you put down your phone.' I really try very hard to make sure that they have a life and I have a life. It's important, you have to go home and shut off your brain and come back with new ideas or else, people will work 24/7 and there's no point. There really is no point."

On the importance of diversity and access: "I think that access is what's important, I don't care where you come from. If you don't see somebody who's doing something that you want to do too, then you stop thinking that there are opportunities. So it's important to make sure people see and have opportunities."

World champion pro-skater and creator of Birdhouse Skateboards Tony Hawk learned about success first through his sport and later through his business endeavors:

On learning about naming rights and contracts the hard way: "I had investments with a couple different companies, and I didn't realize that by signing these contracts I was essentially signing my name away. And it came to a head when there was this company that was making what are now considered finger boards, but they were making these really cheesy, plastic keychain things and some wallets and accessories, and doing logos that I had no approval over that I really hated. I went to the office one day and I said, 'You know, you can't do this, this is a knock off of another skate company.' And they said, 'Actually we can do this, because you signed this contract.' And they were very unapologetic and as I was talking I see behind him on the wall there's a roll of toilet paper and it said, 'Tony Hawk Here,' and I said, 'What is that?' And he was like, 'Oh, well that was a joke because the retailer said, wow you could put Tony Hawk's name on toilet paper and it would sell.' And though he seemed to think it was funny and flippant, I thought, this guy has no respect for me as a person. I'm just this name entity for him, and basically I learned that if I ever get to do this again with a company, I'm going to demand final approval."

On getting back to basics: "Skateboarding is at another point where it's popular, but to actually survive as a skate brand is very difficult because it's so diluted. And so the challenge now is to stay relevant and show that we do have a better product and a better team than everyone else. And it takes getting back to the ground level, and going on tour and living like a band with the dudes again. But it's where I came from and I love doing it, and so to me that is greatly rewarding to try and keep that afloat in the most authentic way possible."

Actress Jessica Alba of 90s teen-comedy fame is currently enjoying a second career as the founder of The Honest Company, which is a collection of beauty, baby, personal and home care products all made with ethical and environmentally-friendly practices. The transition from actress to CEO wasn't always easy:

On taking a leap to start her own business: "You can't be afraid of change."

On pitching beauty products to a room full of men: "Being a woman, often it was really difficult going into rooms where I was the consumer and obviously they, being men weren't the consumer but maybe their wives were, and so the most common feedback I would get from potential investors or potential business partners was, 'I'm gonna go home and ask my wife.' 'I was like, 'Ok...really?' But they did, and luckily their wives were like, 'Yes, this company is awesome.'"

On checking your ego at the door: "The most helpful thing I did actually was check my ego and actually pitch this idea and this company to as many people as possible and learn about they thought about it, and just let them look at it. It helped me really refine what really mattered and get to the essence of the idea. It was hard to do because you think initially your idea is amazing and everyone is going to be on board, and when people don't understand it makes you really frustrated. But instead of turning that frustration into anger and blowing them off, which is of course an instinct, being able to take it as constructive criticism to make it better, and to really figure out what it is that you want is what's key."