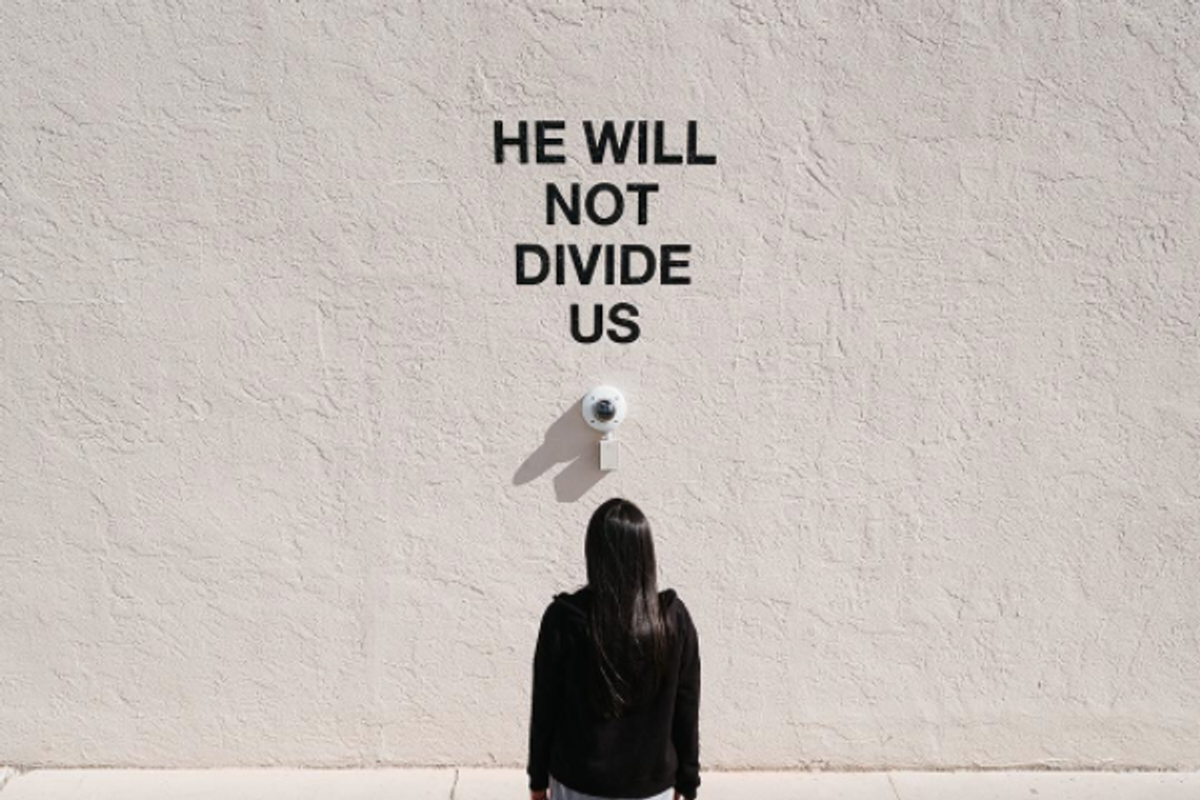 Shia LeBeouf Relocates "He Will Not Divide Us" Again, This Time to Liverpool

Shia LeBeouf's anti-Trump roving art project, "He Will Not Divide Us," has found a new home at FACT, the Foundation for Art and Creative Technology, in Liverpool, England.

The project has already moved twice after the Museum of the Moving Image in New York City "abandoned" it, according to the He Will Not Divide Us website, first to Albuquerque, New Mexico and later to an unknown location.

The 24-hour livestream was installed on a wall outside the Museum of the Moving Image the day of Trump's inauguration, and was immediately flooded with visitors. LeBeouf got into altercations with a few of them, shouting down a white supremacist in a now-viral video and allegedly scratching another in the face, which he was later arrested for.

Eventually the museum dropped the project due to the conflict surrounding it, and LeBeouf and his partners in the project released a statement slamming the decision:

"From the outset, the museum failed to address our concerns about the misleading framing of our piece as a political rally, rather than as a participatory performance artwork resisting the normalisation of division. On numerous occasions, we voiced serious concerns to the museum about hate speech occurring at the site of our project, and requested that the museum act responsibly in moderating this and providing the public a means of reporting such incidents. Our requests were not even acknowledged, let alone acted upon. Nonetheless, there had been no incidents of physical violence at the site of our project that we are aware of, nor that we had been informed of at any stage by the museum."

LaBeouf and his collaborators Nastja Säde Rönkkö and Luke Turner believe the project will fare better in Europe, saying, "Events have shown that America is simply not safe enough for this artwork to exist."