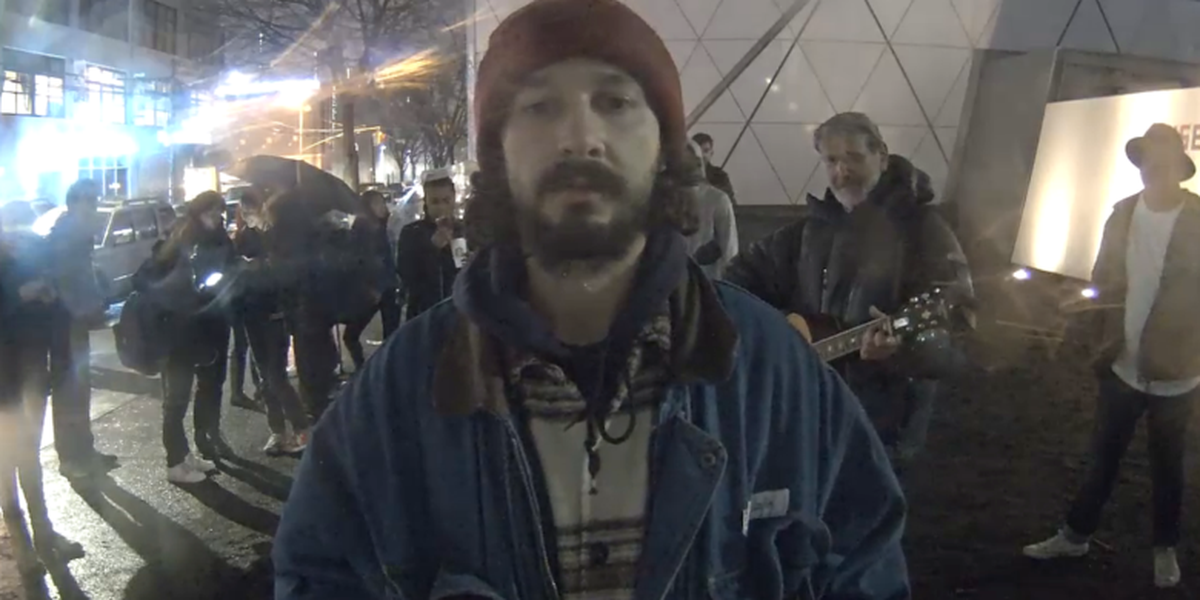 Shia LaBeouf cannot catch a break. After the Museum of the Moving Image shut down his anti-Trump art project from fears of violence, he and collaborators Nastja Säde Rönkkö and Luke Turner relocated it to Albuquerque, New Mexico. Now, just five days after the installation reopened outside the El Rey Theater, "He Will Not Divide Us" has been shut down again.

"We have taken the stream down after shots were reported in the area," LaBeouf tweeted this morning.

We have taken the stream down after shots were reported in the area. The safety of everybody participating in our project is paramount.
— Shia LaBeouf (@thecampaignbook) February 23, 2017

There's no word on if the livestream will restart after the location gets an all clear, or if it will be moving on to yet another city.