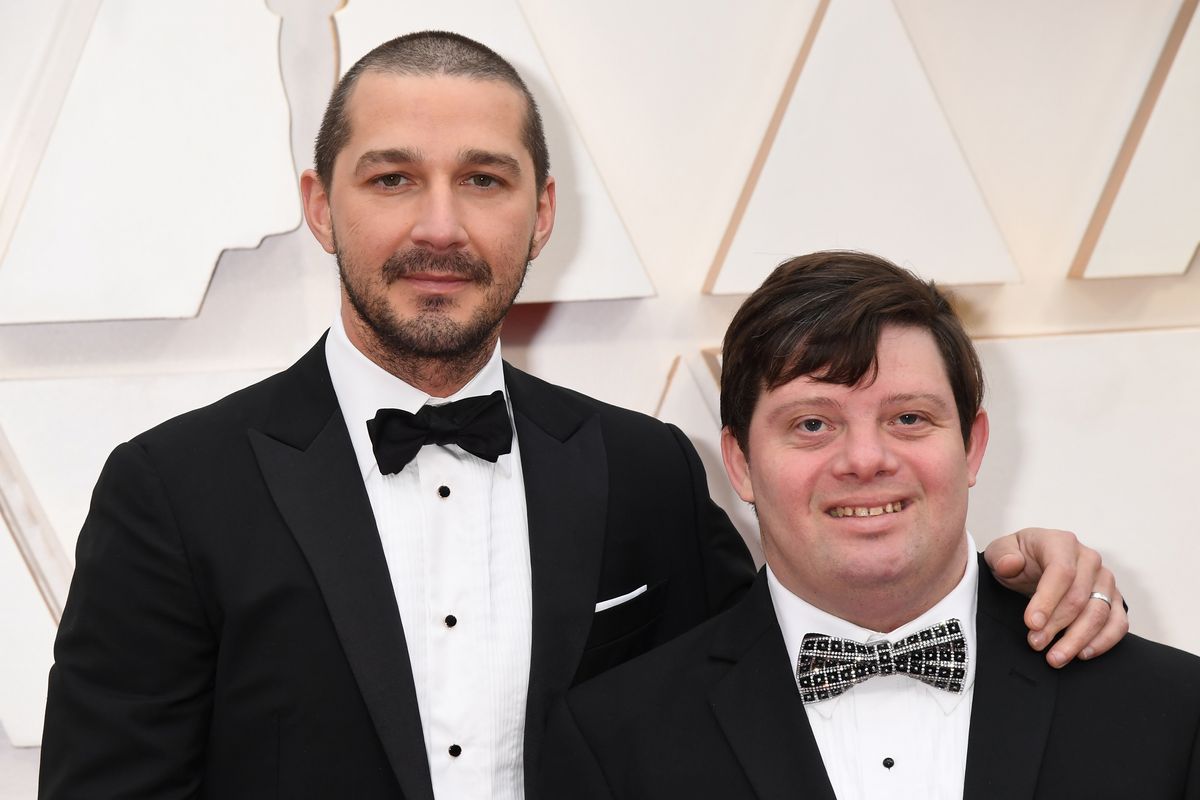 Shia LaBeouf attended and presented at the Oscars last night alongside his Peanut Butter Falcon co-star Zack Gottsagen. Appearing on the red carpet, the frequent menswear weirdo-innovator — who's been known to bust out combat boots or a rugby polo under Gucci — kept it simple, in matching tuxedos with Gottsagen. Both men looked very nice.

However, one accessory has his increasingly thirsty, hawk-eyed fanbase aflutter.

The actor, 33, was last linked to avant-garde pop star FKA Twigs, who he met on the set of his biopic Honey Boy. He supposedly inspired a few songs on her (heartbreaking) new album Magdalene, but lately they've appear to patched things up.

Fans pointed out the most likely theory. LaBeouf sort-of married English model and actress Mia Goth in a quickie Elvis impersonator-officiated Vegas ceremony in 2016, according to Just Jared (they'd been entangled since meeting on the set of 2012's Nymphomaniac). The couple reportedly filed for divorce in 2018. This all flew mostly under the radar, given that it's Shia LaBeouf, who knows, maybe it was performance art. Either way, perhaps he and Goth decided to let the paperwork sit.

Based on the *obvious clue* of a wedding ring at the Oscars, how has no one on Twitter pre-registered the predictio… https://t.co/608QoMIjG8
— Anja Jamrozik Otto (@Anja Jamrozik Otto)1581303328.0