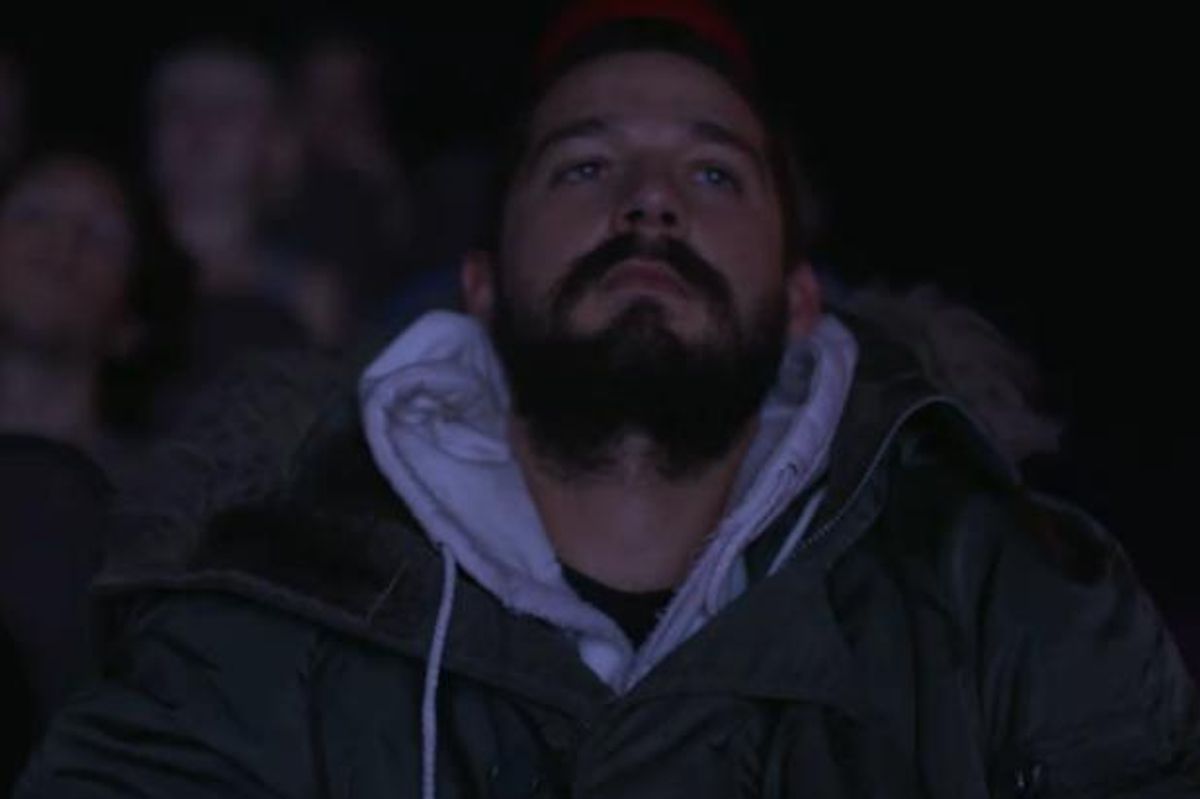 For those of you not in know, Shia LaBeouf spent three days last week holed up in an NYC movie theater to watch all of his own movies...in the name of art.

A project called #AllMyMovies, which was live-streamed on independent art platform NewHive, LaBeouf followed up yesterday with a pretty dense conversation about the project and all of the reactions to it -- and like the good journalists "trying to separate Shia from the work, call him crazy and sort of be done with it," we kind of half-read it only for the guaranteed nonsequiturs. Because while he did say some stuff relating to intimacy and the conceptualization of human connection, there's just something about his morose, self-centric musings and lib-art pseudo-philosophy (anyone remember the paper bag?) that really gets us. As such, we've assembled the highlights reel of said conversation for your viewing pleasure -- pizza tattoos, coffee orders and all.

How experiencing such an all-encompassing feeling of support affected him

On the formulation of the project

"We literally drew graphics, drew little men. We went all the way with it."

On a man in London with a pizza tattoo

"That guy is an artist. If you eat his pizza you get it. But you gotta eat the pizza. If you're over here and just staring at the pizza you don't get it. You see that it might be aesthetically brilliant, you might even smell it from here."

On people being tired during the project

"There's no intellectual explanation for why when you yawn I yawn. There's something magical that goes down. I'm sure there's science but there's also something beyond the science."

On the perceived impact of his project

"I think it started after Lawless. When the movies started getting shit. I'm telling you. When the movies started getting shit and they knew that I felt it too, it was the shared secret that we all had…not just because I'm in it…I'm in the same boat as you, I'm a viewer in this and this is hard for me to watch too. In fact, I'm gonna go take a nap 'cause I hate myself, not 'cause I'm tired, but because I'm dying right now."

On thinking people were going to throw popcorn at him :(

"Yeah, I always go into these things every time—and this is my self-hate at work—what if they light my hair on fire?...this is a genuine fear of mine. I think people hate me. That's just what goes on in my head. And all I want to do is be liked."

"The world world is closeminded."