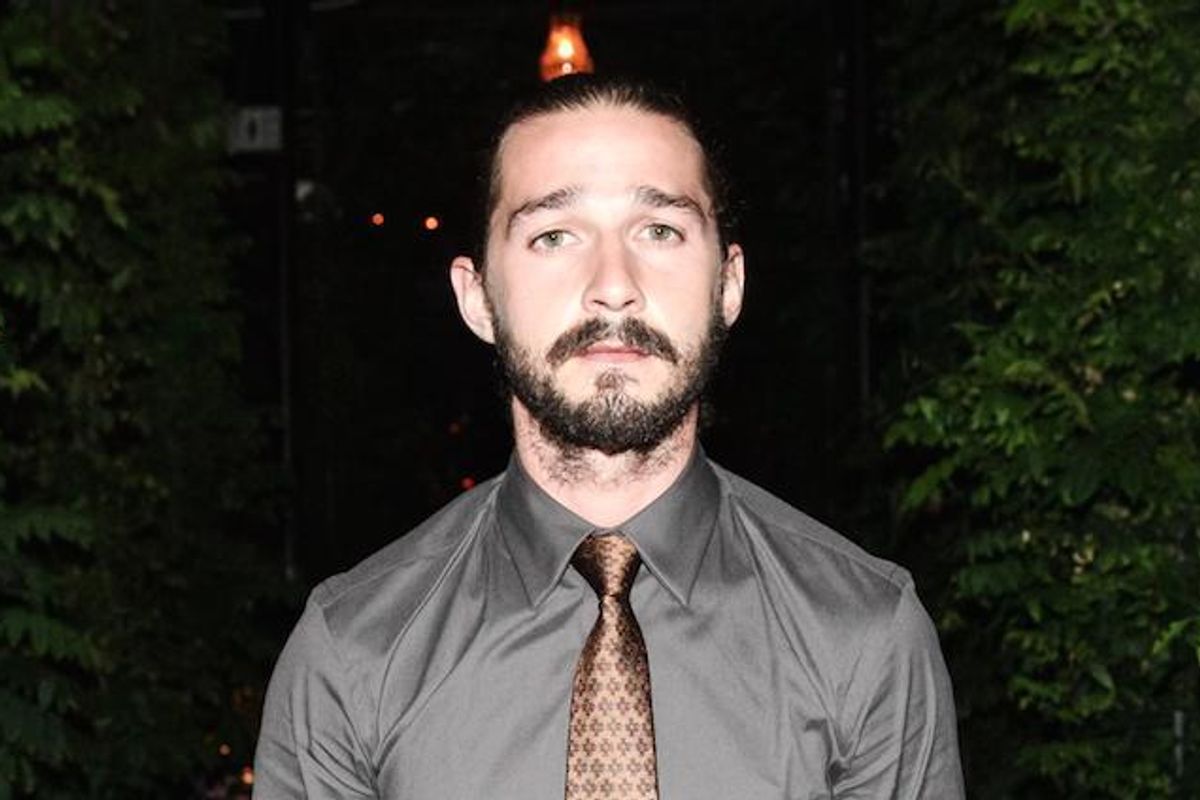 Shia LaBeouf Is Hitchhiking Across America For His Art

Update: This Reddit user and his friends were the first to find Shia in Colorado. It was a race against time, but against all odds they were able to track him down using Twitter's GPS function and eat lunch with him at a brewery. Great!

In the last few years, actor-turned performance artist Shia Labeouf has mystified, horrified, annoyed and delighted us with a string of inscrutable Shia-based art happenings. Among other things, he's worn paper bags on his head denouncing his fame, he's invited the public to watch him cry, he's livestreamed his reaction to a marathon viewing of #ALLHISMOVIES, he's invited the public to #TOUCHHISSOUL via call center, and he's taken up a 24-hour residency in an Oxford University an elevator (where he punched somebody in the face (which was also art (whoa))),

Today he launched his latest thing-he's-doing with collaborators Nastja Säde Rönkkö and Luke Turner: a month-long hitchhiking trip across America entitled #TAKEMEANYWHERE. For the duration of the project, Shia will randomly tweet his Geo-location and YOU can offer him a ride and potentially #TAKEHIMANYWHERE. (*Coughs* John Waters.) You can also follow Shia and the gang's progress as they make their way to anywhere on the project's interactive website.

The piece, which was commissioned by The Boulder Museum of Art, The Finnish Institute, and Vice Media is apparently an attempt to discover whether beauty and truth can exist "within the corrupted networks of society" and whether we "can preserve something of the Utopian naivety of the Internet Age." Welp, let us know, Shia!