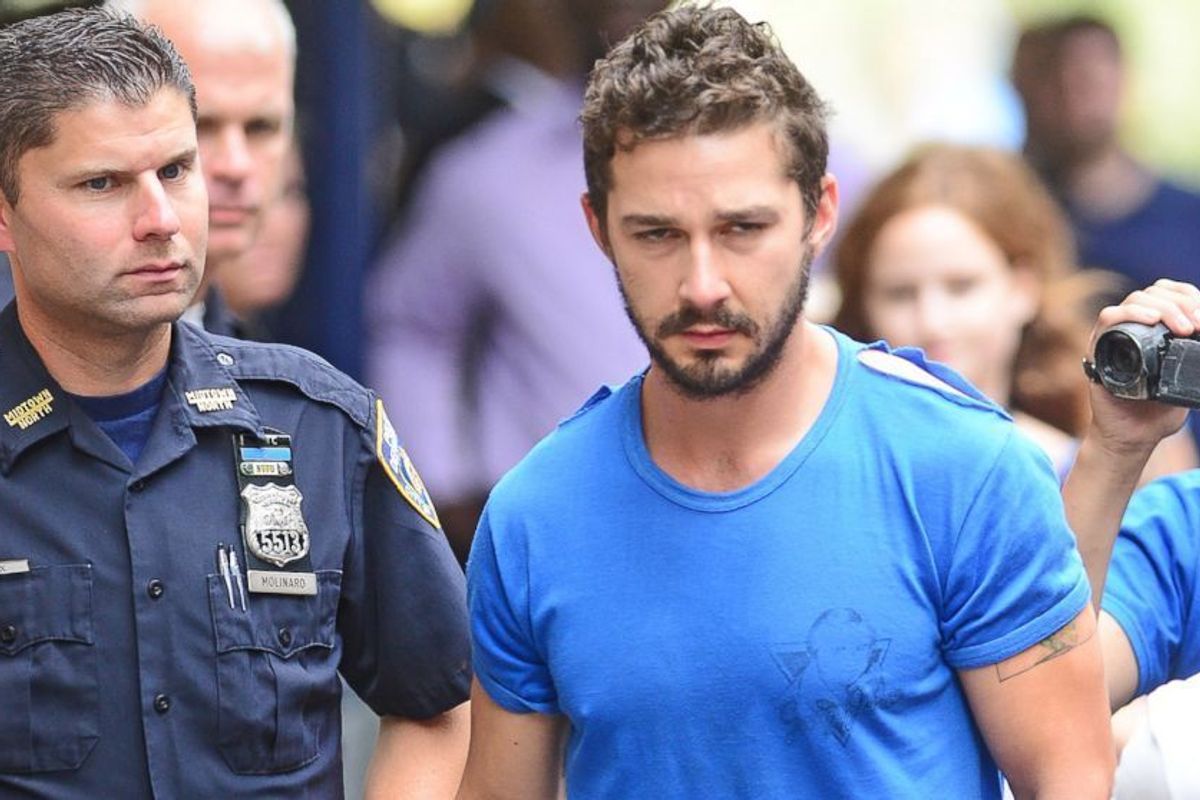 Prison Ramen is a new book written by ex-con Gustavo "Goose" Alvarez and his childhood buddy Clifton Collins Jr. that collects essays from the likes of Shawshank Redemption's Clancy Brown and Danny Motherfucking Trejo. However, the bit we were (obviously) the most stoked on was Shia LaBeouf's, who talks about his own incarcerations as well as his own instant ramen hack recipe.

In his essay, LaBeouf shares that he's been "incarcerated" five times, the first time was for 6 hours as a 9 year-old trying to steal a pair of Nike Cortezes. The second was just 2 years later when he tried to steal a Gameboy Pokémon.
He then nonchalantly mentions that when he was 20, he was held for 2 days for trying to stab his neighbor, in which he finally "understood that being in jail is not the move," because, duh. The fourth time was when, for some unknown reason, he wouldn't leave a Chicago Walgreens, which led to him spending a night in jail -- where he also happened to have "the best sleep ever."
However, LaBeouf's most recent arrest was just last year in New York, when he went to a Broadway performance of Cabaret drunk, and subsequently became disorderly...an incident that he euphemistically explains as, "I didn't behave very well during the performance and ended up spending twenty-five hours or so behind bars." Granted, dude also says that's where he had a "terrific" egg sandwich...there very one that inspired his own recipe for a ramen-egg salad sandwich -- though LaBeouf would, obviously, add American cheese on top this time...
Check out LaBeouf's recipe below and file it away...you know, just in case you need some commissary-style culinary inspiration.
Bon Appétit?