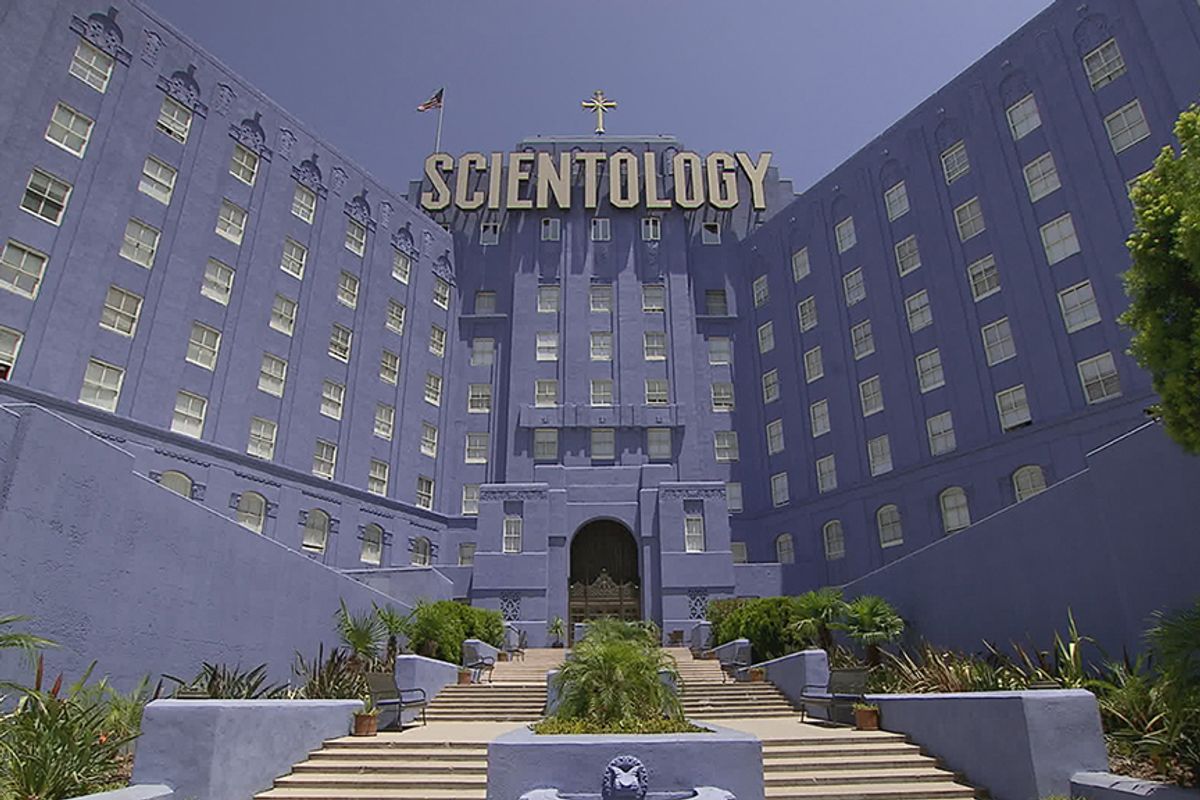 As Leah Remini's critically acclaimed anti-Scientology reality show WAGES. ON., one of the actress and ex-Scientologist's leading battle cries has been (potentially) answered: Shelly Miscavige has been spotted.

The wife of David Miscavige--the Church's current (oft criticized) head--was last seen in public in 2006, causing many inside the church--most vocally Remini--to become concerned. Her disappearance was the cherry on the sundae of scary that caused Remini to leave in 2013; she immediately filed a missing persons report for Shelly with the LAPD.

But now, a decade later, a report says Miscavige was seen near an ultra-secured Scientology compound outside Los Angeles, near Lake Arrowhead.

Anti-Scientology site Tony Ortega says a "source" they're referring to as 'Rachel' claims to have seen Shelly a few times in the past year. Rachell--who is not a member of the church--describes the extremely unsettling first sighting, which happened last Christmas, at a Hardware store in town.

"She was a thin, smaller woman, escorted by two men," Rachel says. "Disheveled. Almost like a drug addict, or like she was homeless."

The woman, whom Rachel now believes was Shelly Miscavige, looked all of her 55 years, had long, stringy graying hair, and appeared "frail."

The two men with her looked younger; Rachel estimates they were in their 30s. "They seemed to be leading her, like you would someone who was under the influence of drugs or alcohol. It was awkward."

She apologized for not noticing more about the young men. "My attention was never on them. My attention was on her. This was what I do for a living, work with people who are in that kind of shape. And I had a thought that this woman was not supposed to be there. It was disturbing."

Rachel noted another occurrence, this past spring:

Four months later, around April 2016, the same thing happened. This time, Rachel says she was at Goodwin & Sons Market, a few blocks away from the hardware store, when the same woman came in, again escorted by two younger men. The woman had the same kind of appearance as the previous time, but Rachel didn't notice if it was the same two young men.

The site says that Rachel and her husband began investigating, after researching Shelly's vanishing, and with the resurgence of Leah's war against the church, including driving by some large buildings in the woods they believe are part of the Church of Spiritual Technology Headquarters.

Rachel added that almost immediately after, her husband was approached by someone in the local grocery store, who--after asking to make change--shifted the conversation on her husband, "asking him personal questions, about how long he had lived in the area, things like that."