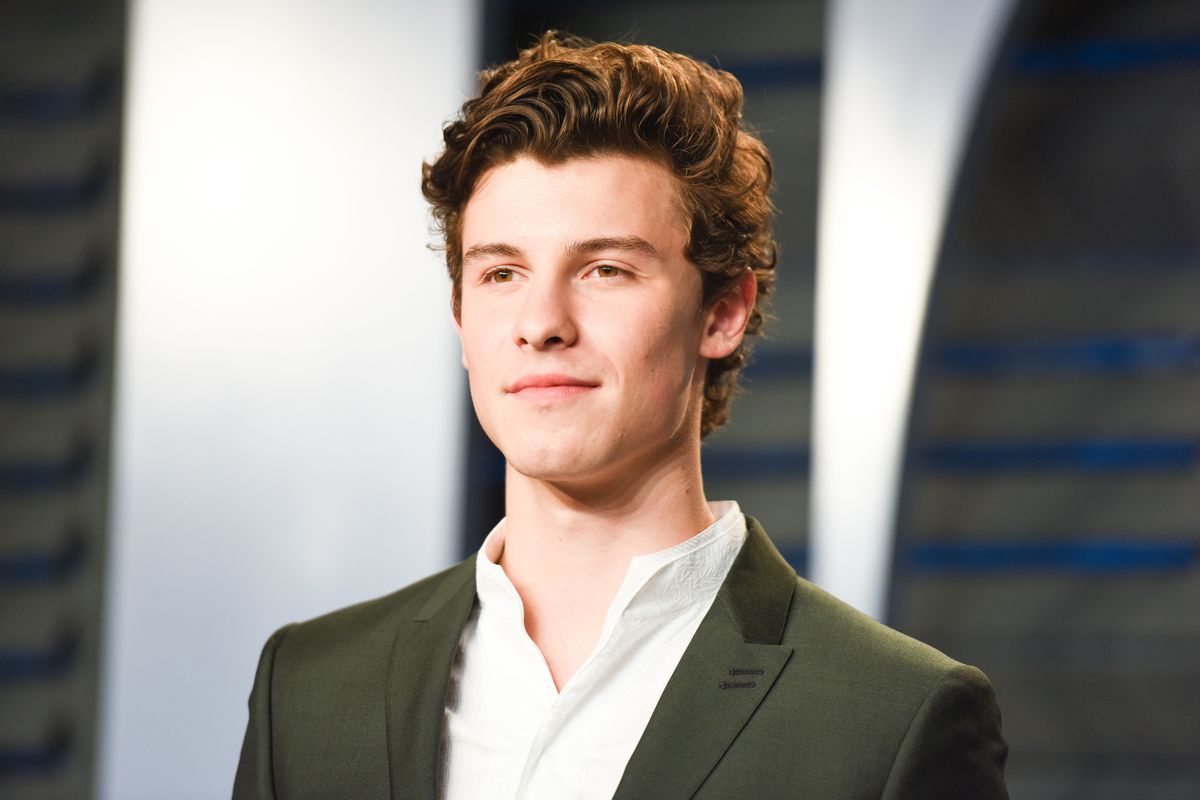 People have been making quite a lot of Shawn Mendes' new Rolling Stone cover story, in which he semi-confirmed his Hailey Baldwin fling ("a zone of limbo"), gently rocked his Disney-Prince-Charming image by admitting he loves weed, and generally revealed that he is one huge perfectly-coiffed, angel-voiced ball of anxiety.

What was most notable about his interview however, was how genuinely candid — like, Lena Dunham candid, for better or worse — Mendes appears to have been with his interviewer.

The profile opens with an anecdote about Mendes' admitting and rebuking himself for feelings of jealousy of other stars, and fear about sustaining his relevance.

"He kept seeing Top 40 A-listers with their partners — maybe it was Dua Lipa and her boyfriend, or Justin Bieber and his model-fiancée — and he was starting to get a little jealous. "I had this thought: 'I have to get paparazzied with someone. Who am I gonna get? I'm not relevant,' Mendes recalls. But he gave up on the idea just as quickly. "I was like, 'Ugh, you fucking idiot. Why did you think that?'"

It's a jarring anecdote to open what is set up as a triumphant cover story. Mendes basically admits to the crimes that all digital age celebs are constantly accused of. If you're like me, you might've recoiled at Mendes' callous calculations, then had your disgust turn into somewhat begrudging empathy for his internal conflict.

In the age of endless confession, Mendes' stands out. Celebs will talk for thousands of words about their struggles, but usually from the standpoint of victory, instead of smack in the middle of an unflattering moment of self-doubt. As the New York Times' Jon Caramanica argued in his viral "R.I.P., The Celebrity Profile" piece, substantial interviews have largely been replaced by "either outright silence, or more often, unidirectional narratives offered through social media. Monologue, not dialogue."

Later in the Rolling Stone profile, igniting its most widely circulating soundbite, Mendes did it again: speaking with unpleasant honesty about how the viral rumors that he's gay have affected him, and forced him to confront his own ingrained homophobia.

He described how, even though he knows exactly why they shouldn't based on the rules of wokeness, the rumors have caused him to intentionally police his own gender performance.

"Mendes often finds himself watching his own interviews, analyzing his voice and his body language. He'll see an anonymous stranger comment on the way he crossed his legs once and try not to do it again. He pulls out his phone to show me his Twitter account — his name is the only recent search.

'In the back of my heart, I feel like I need to go be seen with someone — like a girl — in public, to prove to people that I'm not gay,' he says. 'Even though in my heart I know that it's not a bad thing. There's still a piece of me that thinks that. And I hate that side of me.'"

As another example, Mendes described another mini panic attack over a photo shared by Taylor Swift, who he opened for on a leg of her Reputation World tour, showing him putting on make-up:

Swift was texting Mendes a cellphone video of them together, just to make sure he was cool with her posting it — a short clip of the night they were hanging out backstage at her Reputation tour and she put her glittery eye makeup on Mendes' face, to his delight. He told her it was fine without thinking, but later that night, he woke up in a cold sweat. "I felt sick," he said. "I was like, 'Fuck, why did I let her post that?' I just fed the fire that I'm terrified of."

In the end, Mendes says, he's happy about the side of himself shown in Swift's backstage post. As a kid, he'd put glitter on his eyelids to make his parents laugh; he grew up with 15 female cousins, "braiding hair and painting nails. Maybe I am a little more feminine — but that's the way it is. That's why I am me."

Again, it's an ugly picture for most who read PAPER, imagining Mendes trying to act and look "straighter," scheming to figure out what girl he can get spotted with in public.

But while it's being framed as a simple "no homo," Mendes' honesty about his unwilling embarrassment and internal struggle — when he could have skirted the issue altogether or prepared a more sanitized, flattering statement — actually reflects a remarkably self-aware response to a messy situation.

The 20-year-old Canadian is probably in touch enough with pop culture to have figured out the "right" thing to do, which would be nothing, leaving his sexuality an open question. Or to realize that leaning into a queer image, even if it felt dishonest, might even be in his best interest.

But between pandering to queer fans, lashing out, or being honest about the fact that being a 20-year-old straight-identifying kid getting called gay both as an insult and by people who are hoping it's true is confusing — the latter might not be the best response, but it also isn't the worst.

Without glorifying a cis straight guy too much for a simple acknowledgment of internalized homophobia, Mendes' story is probably more relatable than most would like to admit, and his self-interrogation, a useful model.

The most social justice literate among us possess brutally ingrained prejudices. Battling those demons honestly is a more effective way to dispel them, then pretending we weren't born, raised and educated a in a white supremacist cis-heteronormative society.

Mendes' interview might not be the most graceful dissection of masculinity, but I'll take his unpleasant, but self-aware confessions over Judith-Butler-quoting, pseudo-woke bros who've learned to say all the right things.