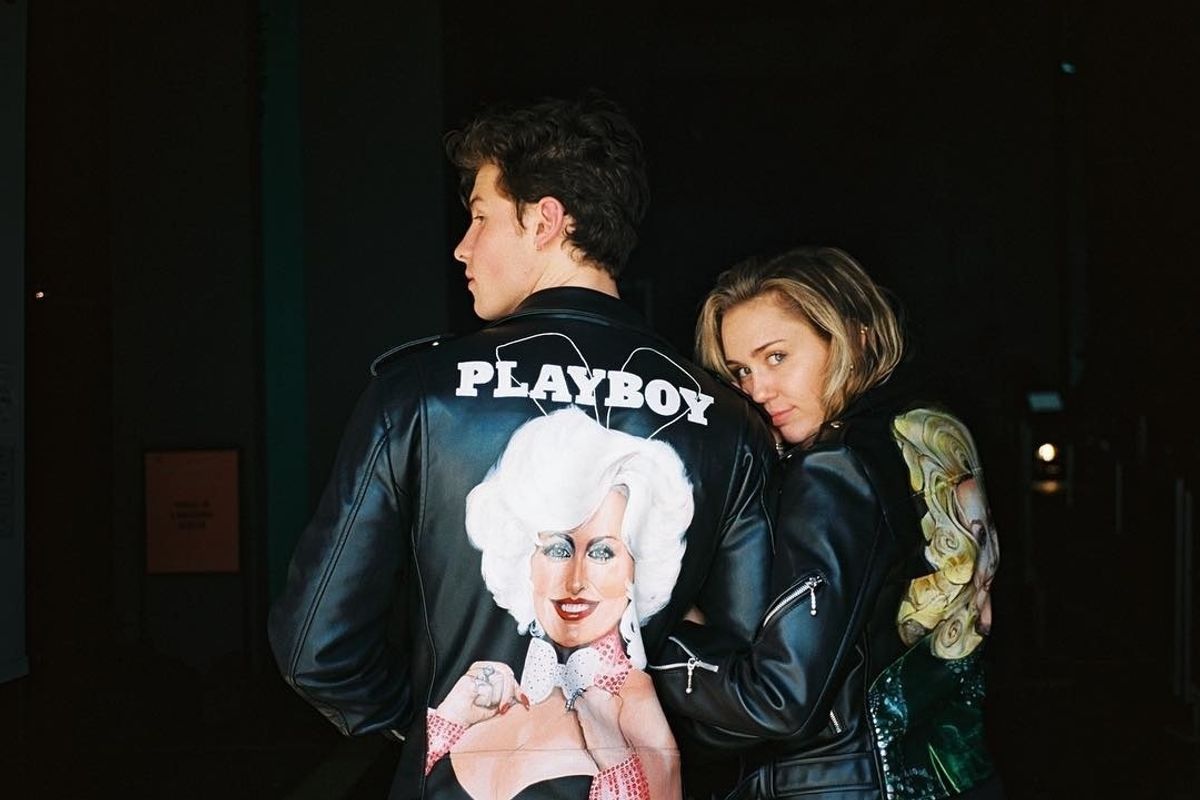 Shawn Mendes and Miley Cyrus will Duet at the Grammys

Are Shawn Mendes and Miley Cyrus the Kenny Rogers and Dolly Parton of our time? No. But also... maybe! Both singers have all but confirmed that they'll be performing together at the Grammys on Sunday night, and they've chosen a classic karaoke number: "Islands in the Stream." As made famous by two of country music's finest.

While no formal announcement has been made, both artists have heavily hinted at the duet on social media over the past couple of days. First, Miley posted some backstage rehearsal selfies in which Shawn's name was visible in the background. Then stans uncovered footage of the duo rehearsing "Islands in the Stream" together. Now we have a cheeky image of the two musicians arm in arm, with Mendes wearing an incredible black leather Dolly Parton jacket. Cyrus captioned her version of the photo with an "Islands in the Stream" lyric.

Related | Why Ariana Grande Pulled out of the Grammys

Miley Cyrus on Instagram: “🖤🖤🖤 this could be the year for the real thing 🖤🖤🖤@recordingacademy @shawnmendes @dollyparton”

I'm down for this, honestly. Miley and Dolly are a natural fit (Parton is literally Cyrus's godmother), and Shawn Mendes is well overdue for some genre experimentation. This year's Grammys ceremony is actually going to be country as hell — it seems pretty likely that Lady Gaga, who will hit the stage with Mark Ronson, will perform something from "A Star Is Born" or "Joanne," and Parton is being honored with the MusiCares Person of the Year Award by the Recording Academy.

It's unclear right now whether Shawn and Miley's performance will be linked to another Dolly Parton tribute set to take place on Grammys night — featuring the woman herself, as well as Little Big Town, Maren Morris, Kacey Musgraves and Katy Perry. Either way, yeehaw.