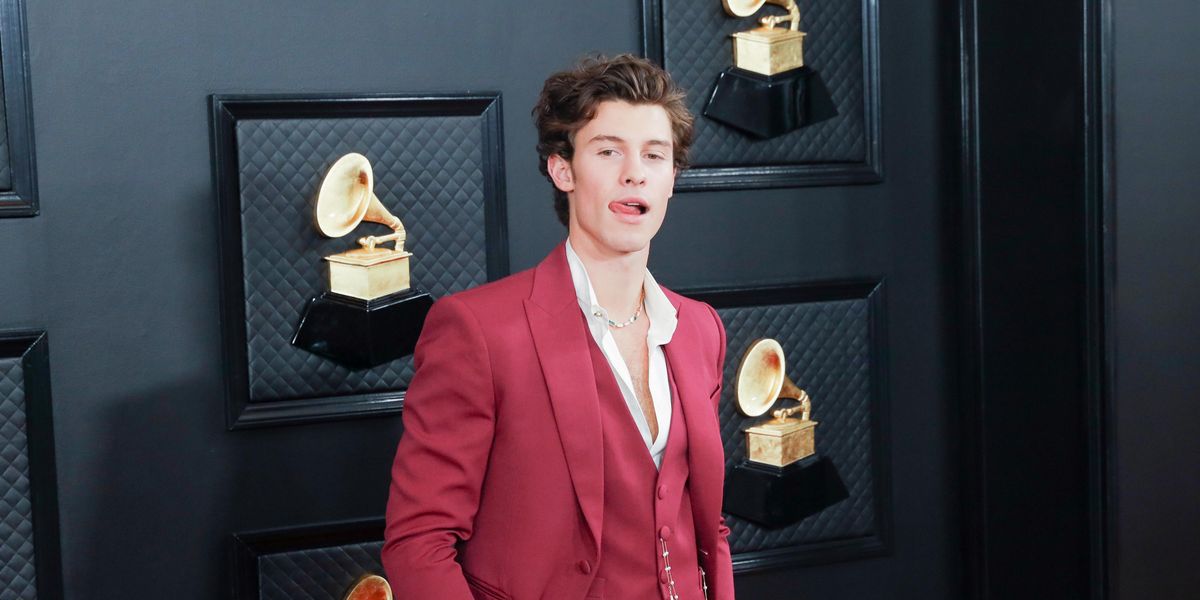 Camilo Cabello and Shawn Mendes' relationship can be steamy — apparently even when Mendes is asleep.

Cabello recently spoke about her pop star boyfriend on The Late Late Show with James Corden and revealed that there have been times where Mendes' sleeping habits have livened up the bedroom, despite nothing happening at all.

During the pandemic, Cabello said Mendes was sleep talking a lot "because we were going to sleep together every night" and she tends to stay up longer than him "on my iPad or reading." Five minutes after getting into bed, "Like mid-sentence, he'll be like, 'And I–' and I'll be like," she continued, flustered.

"He would just like start sleep-talking and it would scare the shit out of me because he'd just be like, 'Baby... that... feels... so... goo' and then he'd go back to sleep," Cabello told Corden.

That's the first thing Mendes ever said to her while sleep talking, she said. "I was like, 'Thank you? I'm not really doing anything right now, but thanks.' But he would just say random things like that."

Cabello also recently set the record straight in an appearance on The Tonight Show Starring Jimmy Fallon about whether she and Mendes are engaged, after a TikTok shared last week seemed to depict her wearing an engagement ring.

"He has not [popped the question], and I am not engaged," she told Fallon. "I swear to god, I don't know what hand the engagement ring goes on, so sometimes I'll just like put it on my ring finger. I mean, I'd actually like you to enlighten me —which hand is the engagement hand? Because I don't know. My parents are married, and they both lost their ring."