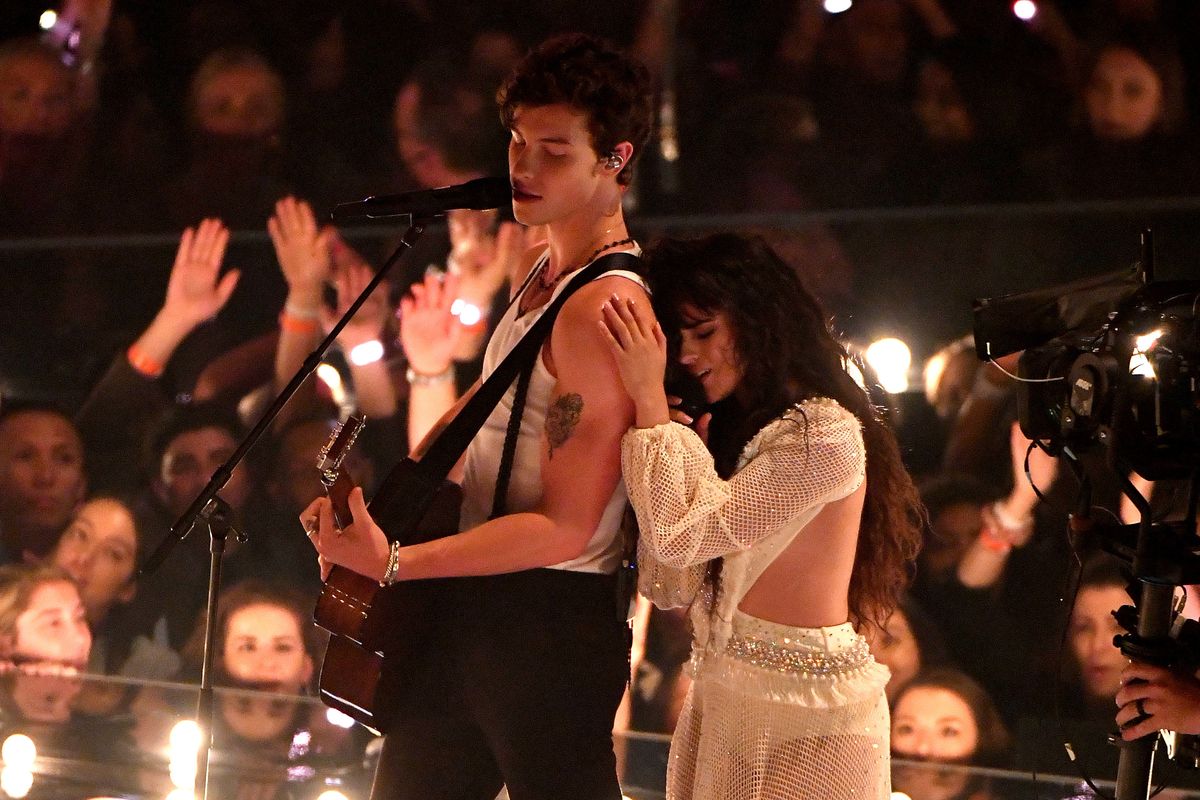 Did Shawn and Camila Kiss at Their VMAs Performance?

Despite ET's leaked blog posts, which predicted the performance would be "spicy," all we got is some light petting and then the above... bonk. That won't help keep "Señorita" at number one! I think that's called an eskimo kiss?

Not sure why they were being so shy, given:

They're certainly not doing themselves any favors, when it comes to their project of convincing the internet — which is up in arms at being denied their "spice" — that their "relationship" is real. Ah well. Shawn wore cute suspenders, Camila some kind of belly dancing 'fit, and they managed not to step on any tea lights while pawing at each other during the performance.

Later, they're up for Best Collab, Choreo, Art Direction and Cinematography for "Señorita," and Shawn is up for Artist of the Year