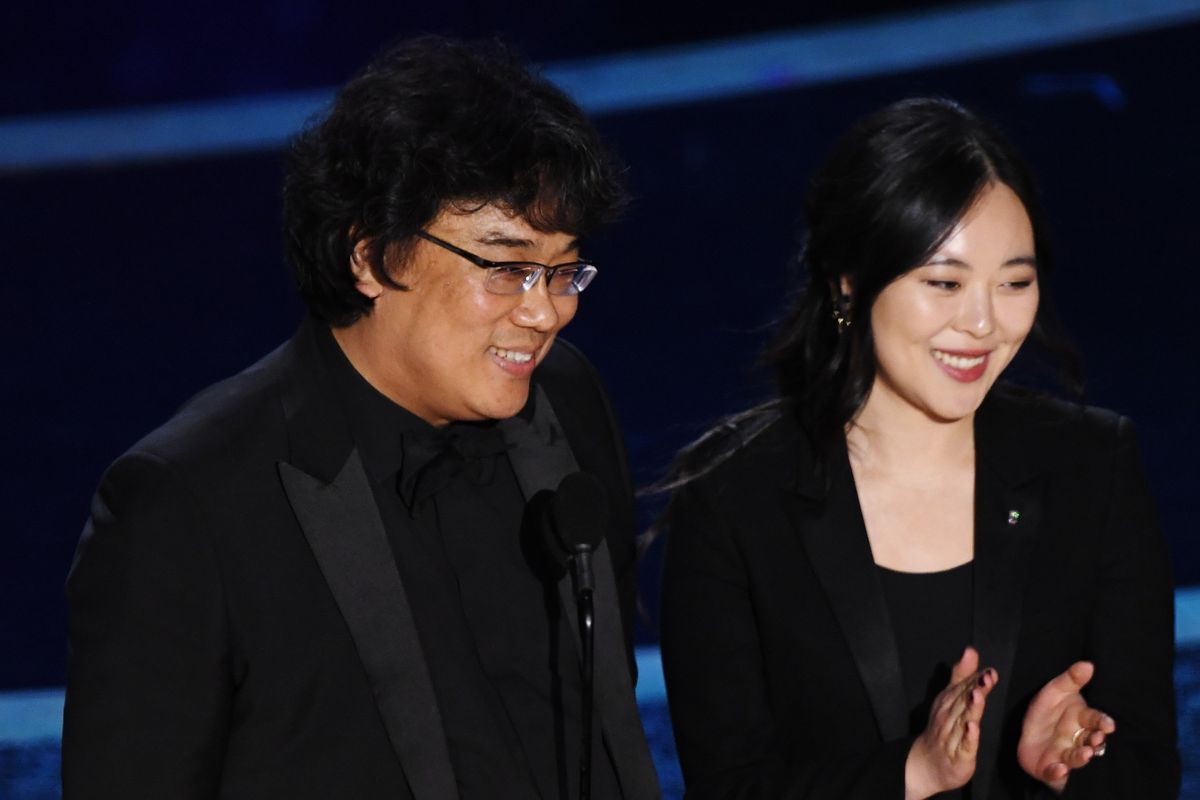 If you were logged on during Parasite's historic sweep at this year's Oscars, you'll know that the internet fully fell in love with director Bong Joon Ho's translator, Sharon Choi. An integral presence throughout the film's incredible awards season run, Choi — a director herself — quickly became an online fan favorite.

And the tidbit that excited everyone the most? A report that she would be writing a movie about awards season once the Oscars were over.

That said, it turns out that we may have to wait a little bit longer for said film, as Choi herself recently shut down the rumor via an essay published in Variety.

A reflection on Parasite's bombastic year, in the piece Choi said that she is "not writing a feature on the awards season," as it is "a deeply personal experience I've yet to process, and it will find another time to seep into my stories."

That said, fans of Choi can look forward to the screenplay she is actually working on at the moment, which apparently is "a small story set in Korea that's close to my heart." Why? Well, "as director Bong quoted the sincere words of Martin Scorsese, 'the personal is the most creative.'"

Needless to say though, we're pretty excited about this particular production as well and are sure the rest of #SharonHive is just as stoked.

And while there's no word yet on a projected timeline, what we can say for sure is that the internet can't wait to hear more. So, Neon, it's your move.