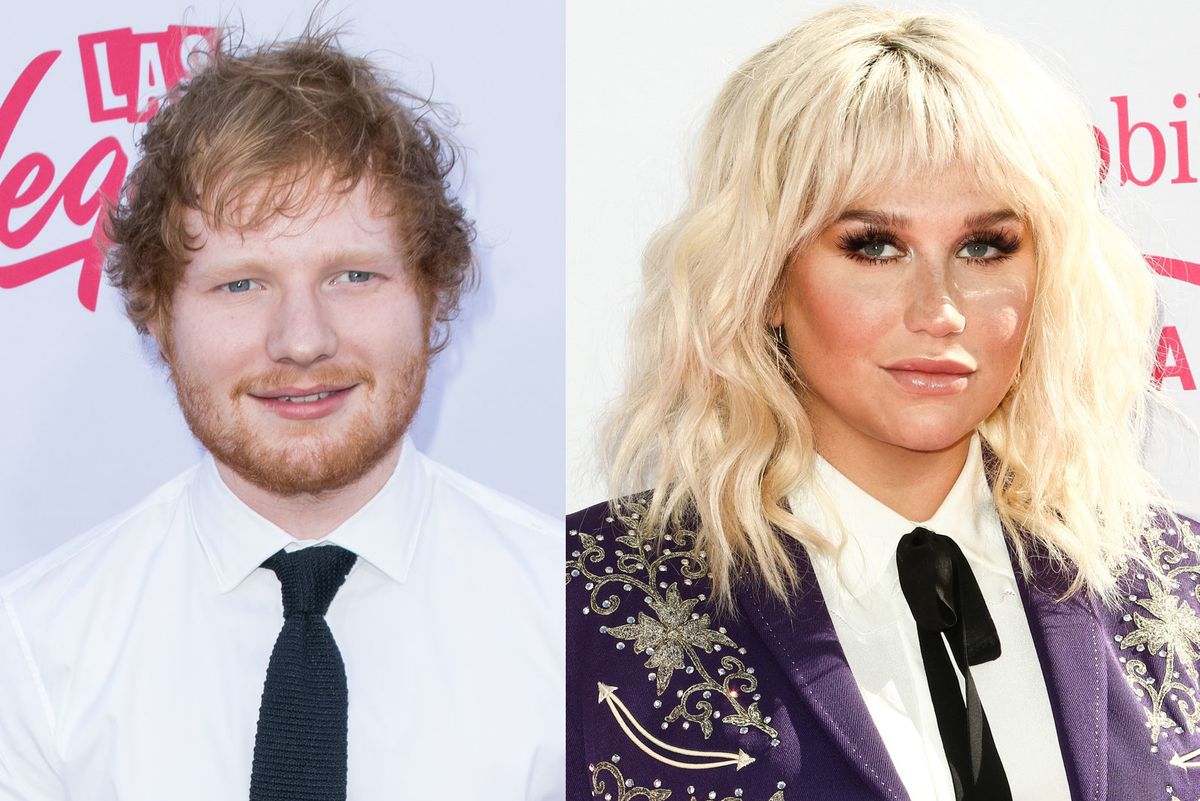 There's nothing quite like a catchy but fairly mediocre pop track about being in love with the literal physical outline of an unknown woman's body, sung by British everyman and erstwhile Game of Thrones cast member Ed Sheeran, taking the trophy for Best Pop Solo Performance at the Grammys to hammer home the values of the world we currently live in.

The category's other contenders — Kelly Clarkson, Lady Gaga, P!nk and Kesha — provided fierce competition not only vocally, but lyrically, touching on themes of political division, strength in the face of heartbreak and how to forgive your rapist.

Many expected (or hoped) Kesha would take home the prize for her incredible vocal performance with "Praying" off this year's Rainbow. Not only did "Praying" show off vocal ability even few diehard fans knew Kesha possessed, with entire Youtube reaction videos dedicated to people crying immediately upon hearing her hit the track's climactic high note/otherworldly whistle, but the song is also particularly timely, with its themes of overcoming a relationship of sexual and emotional abuse.

shape of you is a song about objectifying women and praying and million reasons are about empowerment this is fucked up
— ً (@bombtasticIove) January 29, 2018

I guess it's a good thing Kesha didn't win over Ed Sheeran, since the music industry doesn't seem to care about examining its abuses of power
— Ira Madison III (@ira) January 29, 2018

so ed sheerans shape of you just won against keshas praying, a song about her victory over sexual assault, if that doesn't sum up the #grammys what does
— al (@electraslust) January 29, 2018

I was ok with Million Reasons losing to Praying but Shape Of You? NOT ON MY WATCH. #GRAMMYs pic.twitter.com/gMjsSMPq00
— Lady Gaga (@gagamonster96) January 29, 2018

Praying: A self empowerment anthem about sexual assault by men in positions of power and taking back said power

Million Reasons: Emotional ballad that goes to the depths of a heartbreak, major style change for the artist

Shape of You: Popular and male

SO FIRST SZA GOT NO AWARD AND NOW KESHA IS NOT AWARDED FOR PRAYING !? #GRAMMYs NEEDS TO BE CANCELLED, I'M SORRY I CAN'T. AGAIN: SINCE WHEN SHAPE OF YOU DESERVES THIS AWARD MORE THAN PRAYING !!? pic.twitter.com/qRaCwa7jBW
— SAVIOR. (@leonnarivera) January 29, 2018

That pop vocal award should've gone to Kesha. There's nothing about "Shape of You" that gives me vocals.
— Craig Bro Dude (@CraigSJ) January 29, 2018

Given that Sheeran wasn't even in attendance to accept the award, it's a shame to think of the missed opportunity the moment could have been, had it been used to shine a light on a more meaningful winner.