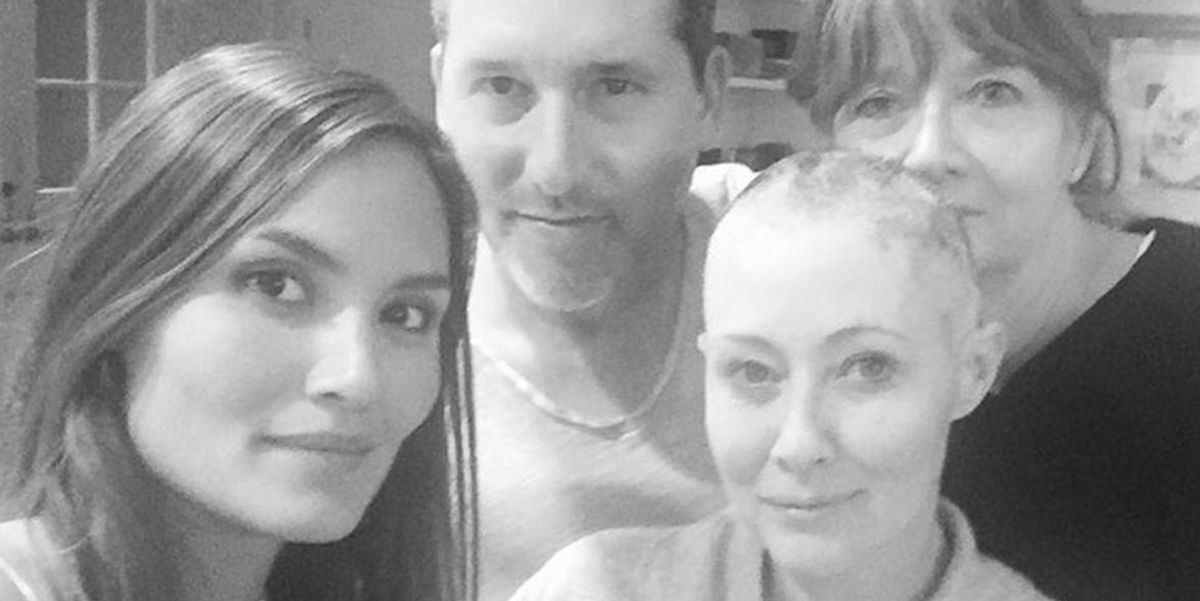 Following Shannen Doherty's heart-wrenching, incredibly courageous documentation of her battle with breast cancer, the 45-year-old actress has just revealed that her cancer has spread even further than initially anticipated.

Speaking with Entertainment Tonight, Doherty reveals that she underwent a single mastectomy in May, but that the cancer has now spread to her lymph nodes. She has currently completed three out of eight rounds of chemo and will probably undergo radiation down the line.

Doherty was diagnosed in February 2015, and admitted that while losing her iconic hair was traumatic, the most difficult part was "the unknown."


However, she says that sharing her story and inspiring others with cancer is helpful, saying "I wanted to put it out there the way it felt the best for me to put it out there. And also, if I could help one person then it makes me go, 'Oh OK.' It's easier to live with having cancer if I know I'm helping at least one person."