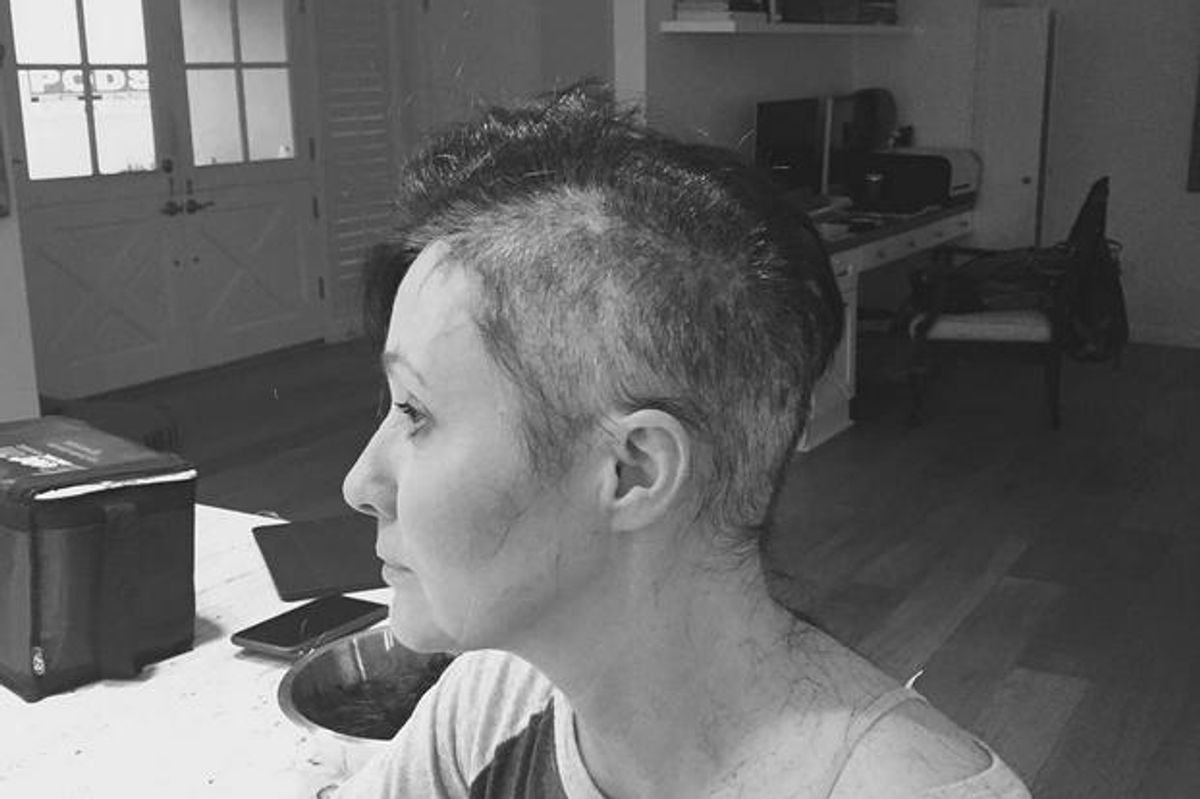 Shannen Doherty, star of iconic shows such as 90210 and Charmed, gave us a glimpse of her continued battle with breast cancer, by documenting the process of shaving her head for chemotherapy on Instagram.

The moving, gut-wrenching photos, in black and white, are simply captioned with numbered "Steps."

The first, being comforted by her mother, Rosa Doherty.

Doherty's cancer battle was revealed last August, after she filed a lawsuit against her former managers, alleging they allowed her health insurance to run out before firing her as a client.

Doherty appeared on Dr. Oz this past February to discuss the painful process:

Doherty discussed the eventual surgeries she'd have to undergo, including a possible double mastectomy.

"In the grand scheme of things, they're just breasts, and I'd rather be alive and grow old," she said.