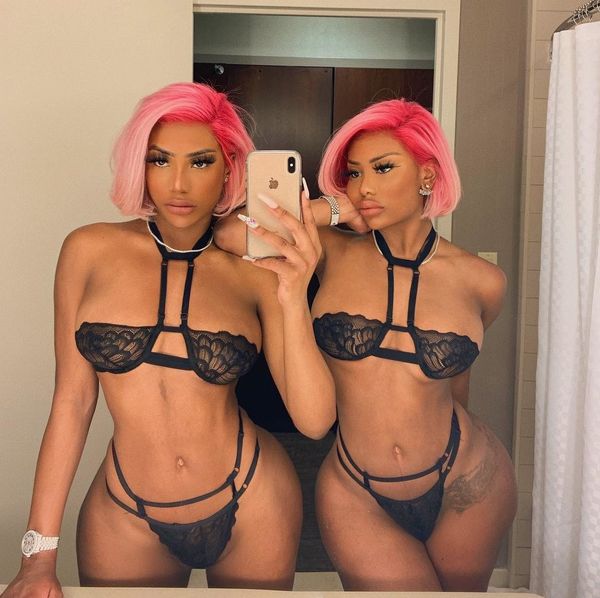 The twisted case of one-half of the infamous Clermont Twins received a major new development today in a downtown Manhattan courtroom. PAPER was present as model and reality star Shannade Clermont, alongside sister Shannon, family and friends, learned her fate in connection with one felony count of wire fraud.

She plead guilty and was convicted by the Southern District Court of New York Judge Naomi Buchwald. Today, Shannade was sentenced to 12 months in prison, three years of supervised release following. She'll have to pay $5,000 in restitution, and a $100 fine for special assessment. The court also found that Shannade was guilty of having committed credit card theft, using the banking information of a man who died of an accidental overdose sometime either during or after a prostitution date he had with Shannade. The drugs present in his system when he was found dead on February 1, 2017 were alcohol and cocaine laced with fentanyl.

Related | The Glamorous Life of the Clermont Twins

Shannade's lawyer, Jeffrey Lichtman, who is currently defending El Chapo's drug trafficking case, argued for Shannade's freedom on the basis of her being a law-abiding citizen with no prior criminal history. The lawyer representing the family of the deceased man argued that Shannade might have been those things, but on January 31, 2017, when the date took place, she showed her "true colors" in the moments and weeks following. The man was, according to Shannade's own prior testimony and Lichtman, incapacitated from using drugs and alcohol while in her presence. Lichtman argued that Shannade did not believe he was in "great distress," and had she known he was, she would have alerted authorities.

Judge Buchwald sided with the victim's family, saying that regardless of her past good deeds, on January 31, Shannade "chose to steal the victim's credit card information without calling 911." The deceased man's sister was present and said that after "my brother died, Ms. Clermont went shopping." According to court documents, in the weeks following the victim's death, Shannade had spent up to $20,000 on luxury clothes, rent, and plane tickets with his credit card info and wire transfers from his bank account to hers, which were conducted via fake emails accounts created under his name. Buchwald condemned this series of choices as a "failure of character."