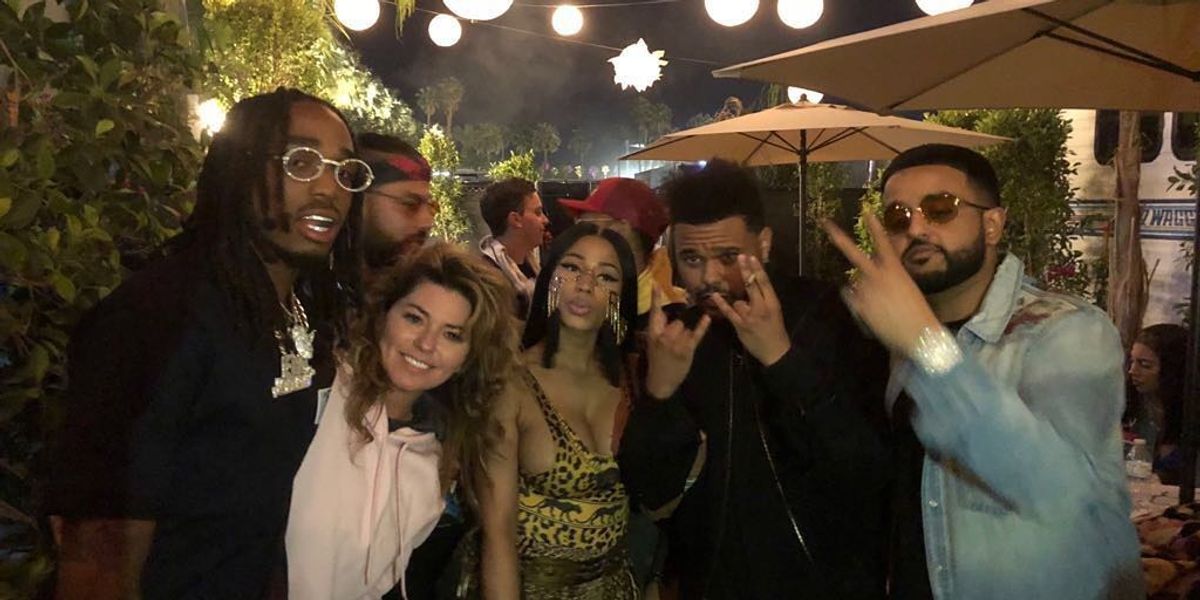 Shania Twain's Coachella Photo has Us Doing a Double-Take

Let it be known that the legendary "That Don't Impress Me Much" singer is getting lit at Coachella, and with the best company. Shania Twain was spotted hanging out with Nicki Minaj, Quavo, The Weeknd, French Montana, Belly, NAV, and...Timothée Chalamet?

This seemingly random mix of A-listers has got the Internet abuzz and wondering what the story is behind these photos.

i need an oral history of how nicki, shania and timothee ended up in this photo pic.twitter.com/9pSOQGghmg
— #BrittanySpanos (@ohheybrittany) April 14, 2018

I don't know how to process everything happening in this photo https://t.co/V4RjuO4xt5
— Jo Schopper (@SchopperJo) April 14, 2018

But should this really be a surprise? In any case, music legends should hanging out with other music legends give us life. And as for Mr. Chalamet, well he's always been known to be a fan of rap and hip-hop. He probably just took Coachella as a chance to meet his musical idols. Good for you, Timmy!