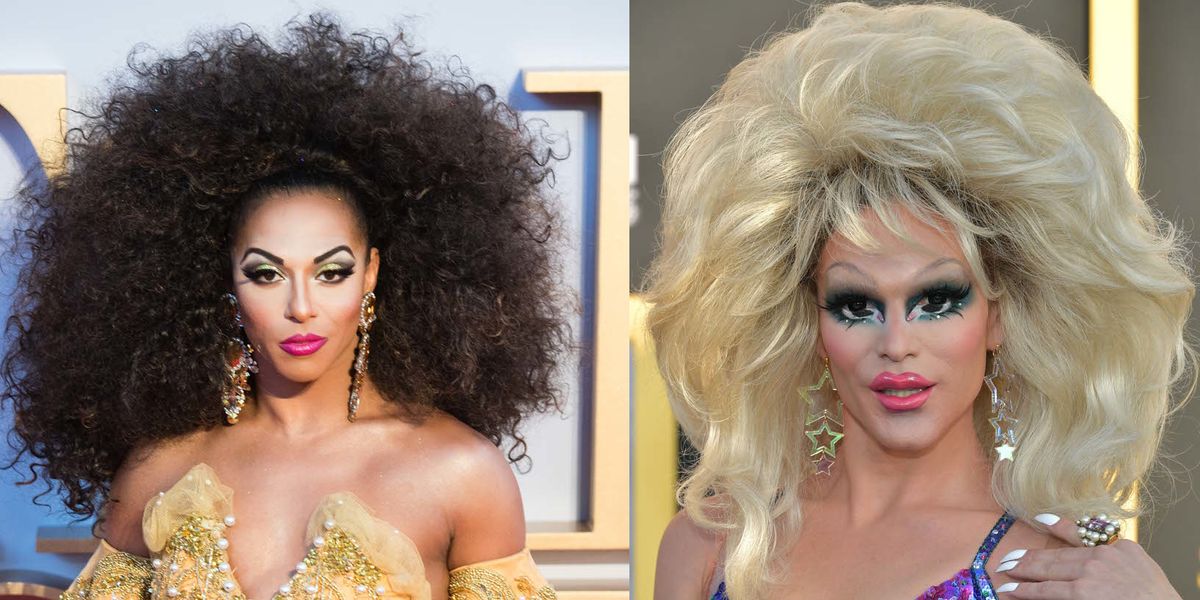 The cinematic event of the decade — nay, the millennium — is finally upon us. Bradley Cooper's take on A Star Is Born is officially out today, October 5th. We have been waiting impatiently for centuries. We were off the deep end, but not nearly close enough to the shallow. There was the trailer, the memes, the HAAAOOOW-OOOOH-HOOOOO sound (a fun thing about working at PAPER is that people will proudly ape Lady Gaga's primal bellow from ASIB's signature song, "The Shallow," while in the office). But now the hallowed moment is upon us! Soon the nation shall weep while watching Bradley Cooper tenderly caress Gaga's aquiline nose.

A Star Is Born is notable as a mainstream cultural object that both demands to be taken seriously — see Bradley Cooper's New York Times profile and the river of tears the film inspires — while winking at camp, throwing in references that play to legions of Little Monsters. Gaga's character, Ally (no last name, lol), performs in a run-down Los Angeles drag bar, and gets discovered when Cooper's alt-country star Jackson Maine happens to stumble in. And two of the queens, the bar's emcee and a lusty performer named Emerald, happen to be played by RuPaul's Drag Race stars Shangela (who was still robbed, but this is pretty great revenge) and Willam Belli.

Both Shangela and Willam initially auditioned to play a Marilyn Monroe impersonator. While Willam concocted a glorious "dead Marilyn" look and Shangela was specifically requested by Gaga herself, neither got the part. It was a blessing in disguise: both ended up with bigger roles.

"I didn't go into the first audition," said Shangela. "Because no matter how much time I stay out of the sun, honey I am no Marilyn Monroe." But after an email from Lady Gaga's team saying the star thought Shangela would be good for the role, she decided to give it a shot.

"Well honey, if LG requested, I would put on the nearest blonde wig, white dress, put on a beauty mole," she laughed. "I went in and sang 'I Wanna Be Loved By You.' It turned out I didn't get that role, but they liked the dialogue that I had so much with the personality that they ended up giving me a larger role that actually had dialogue in the film, the drag bar owner, Gaga's drag mother."

As Emerald, Willam got to hit on Jackson extensively. Mild spoiler: he autographs her boobs. "I'm definitely adamant about what I like, and Jackson Maine is one of those things," Willam quipped. "Emerald is obsessed with him, as she should be! He's fuckin' hot, he can sing, and he's talented. Why not?"

Both queens praised Cooper's direction. "He let Shangela and I and the other girls just be us!" said Willam. "He said 'who knows better about what goes on in a dressing room more than a drag queen?' So he just let us go."

Largely due to Drag Race, the art of drag has reached an unprecedented level of mainstream exposure. A Star Is Born is a huge movie, one that will likely win at least a couple Oscars. It's exciting to see drag included "with authenticity," as Shangela put it. "Sometimes drag is a punch line in a movie, but this is not so," she said. "It's a slice of life. It's a real experience. I'm so happy. I just want to say 'Halleloo!' like a thousand times."

Shangela and Willam both plan on looking "sickening" at various red carpet events.

"I want to look expensive," said Shangela. "And like I got it myself. I don't have a sugar daddy!"