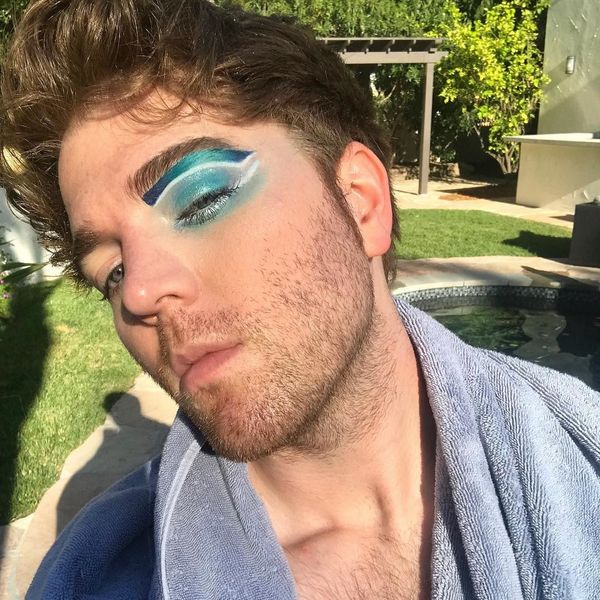 Following a makeup collaboration with Jeffree Star, a month has passed since YouTube star Shane Dawson last uploaded a video on his channel. Today, Dawson revealed that all along, he's been planning a "secret" YouTube channel, according to Insider.

Related | From How-Tos to Hauls: 10 Years of Beauty YouTube

The secret came out when a Twitter user asked if he was ever going to upload another makeup video. Another criticized him for not showing his own beauty looks from his sold-out Conspiracy Collection made with Star, which is partially inspired by his conspiracy-theory centered docuseries. (The collection was the most viral beauty product of 2019, by the way.) Dawson posted a screenshot of the new account, which is called "Shane Glossin."

He also responded to tweets asking about his online absence, writing, "I play with makeup almost daily. I just don't post about it because I'm not in the mood to post. After a series I tend to gain weight, spiral, and hibernate for a couple months."

So far, Dawson's exclusive beauty channel has a profile picture of him "caked up" with Jeffree Star, and a non-makeup test video of himself being pushed down a snowy hill on a sled. The about section reads, "You can put lipstick on a pig but it's still a pig."

Since being revealed this morning, Shane Glossin has garnered 13,000 subscribers and counting. Subscribe here.