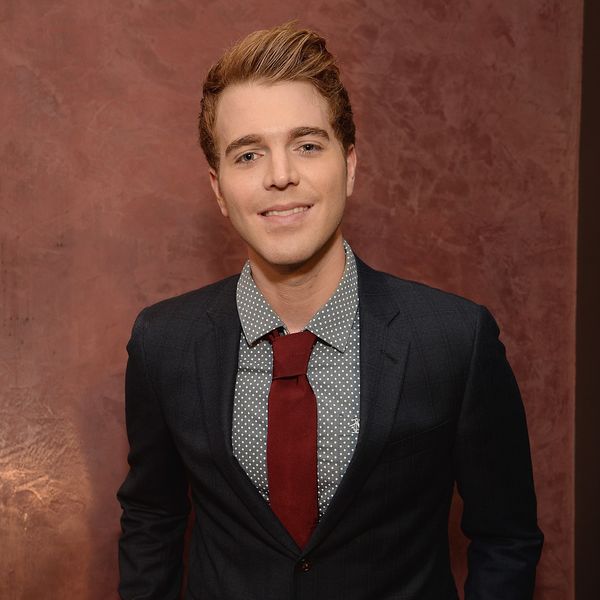 If you've been on the internet this week, you've probably come across YouTube star and notable Amanda Bynes stan Shane Dawson's impassioned, Clinton-esque monologue claiming that he has never had sexual contact with or near his cat Cheeto. Now, some online think Dawson sped up his engagement to his boyfriend, fellow vlogger Ryland Adams, in order to take attention off the controversy.

Dawson was compelled to address his sexual relationship with his cat on Sunday after a 2015 episode of his podcast Shane & Friends resurfaced. In the now-deleted episode, Dawson appears to explain that his "first sexual experience" was with his cat Cheeto, describing how he "moved her little chicken legs spread open or whatever" before he "came all over the cat." However, he says the scene is fiction: an intentionally shocking "dumb awful sketch idea" that he thought it'd be funny if he "told it as a real story" which he now realizes was "DISGUSTING" and "VERY VERY DUMB." He says the episode is from a shock-focused era of his content that he now finds "embarrassing" and "fucking hate[s] myself for."

YouTuber Garret Watts seconded Dawson's explanation, comparing the supposed joke to the material of James Gunn and Kathy Griffin and calling it "nothing more than an approach to SHOCK style comedy."

Dawson took the stand about Cheeto on Sunday. He and Adams made the first posts about their engagement on Tuesday night, calling it the best night of his life and sharing some charming, wholesome photos of the ring and proposal.

Most online were happy for the couple, who have been together for three years, including Dawson's friend and collaborator Jeffree Star.

However, some of Dawson's followers think the quick turnaround might might be an attempt to displace the cat-cumming conversation with a fresh round of extra-wholesome headlines.

Others are just trying to imagine how Cheeto is going to take the news.