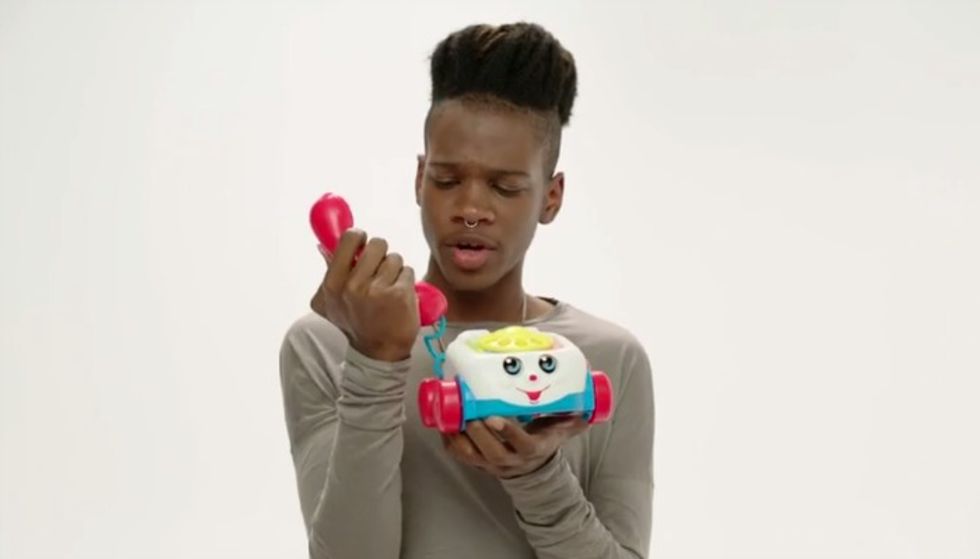 Shamir's Call It Off Relationship Hotline Is Live!

by Sandra Song
PAPERMAG
Earlier this year, XL darling/Muppet extra Shamir announced a love advice hotline, bluntly named "Call It Off" in honor of his eponymous single. And earlier today a video of a few of those responses finally surfaced.
Highlights of this edition include Shamir sternly shutting down a scuzzy scumbag phoning in to ask about his "too many bitches on deck" situation, as well as a lady who asks what to do with her skeezy boyfriend who texts other people "I want to rub my dick on your shorts" (WTF?). This plus all the emoji/subtext closed-captioning and adorable "Shamir shocked" faces is well worth the watch. Not to mention the fact that lil' Bailey actually doles out some great advice.
Stop trying to find a reason to keep y'all together...IT'S TIME TO CALL IT OFF.
You May Also Like
Music