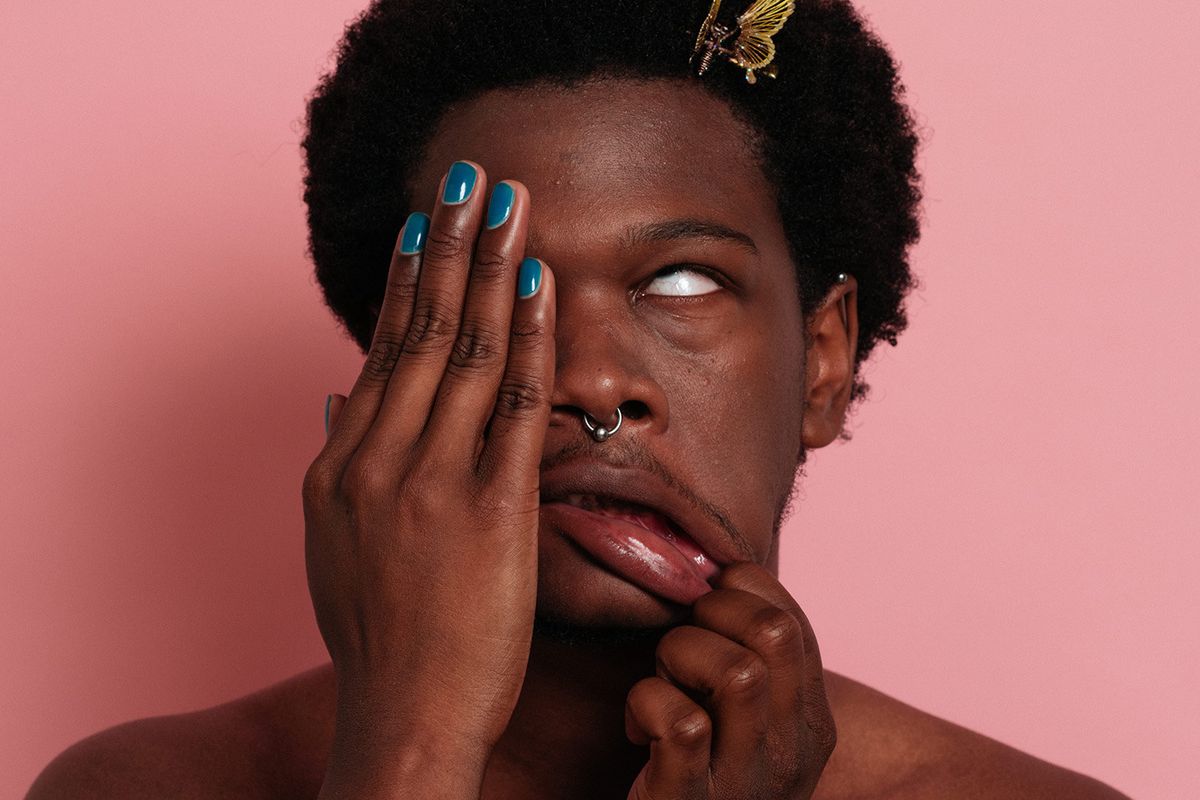 I mean, not that we're complaining at all ever about this, but who knew that Beyoncé-ing (Yoncifying? Yonce-ing? No?) the world would become so trendy. Since Queen Bey surprised-released that musically-better-than-Lemonade — sorry, stans: fight me — self-titled record in 2013, everyone from Radiohead to Frank Ocean has embraced the iconic marketing and sale$ tactic.

Shamir, queer indie pop&B darling, shook us all into submission with last year's Hope, album, and under the dark cloak of night, he did it again with an eight-song LP, Resolution, and also a two-song EP, called Room. What's more, Resolution is his third album in two years (Revelations arrived last November). Prolific!

Anyway, you should totally stream both, below, via Bandcamp. Brace yourselves for an immersive sonic experience that feels weightless, free, and without boundaries, not to mention Shamir's show-stopping vocal turns, dips, dives, runs, coos, etc.

I know: It's asking a lot to take it all in at once, but YAS Shamir is here, whether we like it or not (don't get it twisted: we are totally here for it!), much like the way Beyoncé gives us time to put salve on our bleach-burned scalps between her epic slayage. What'll these savants think of next?