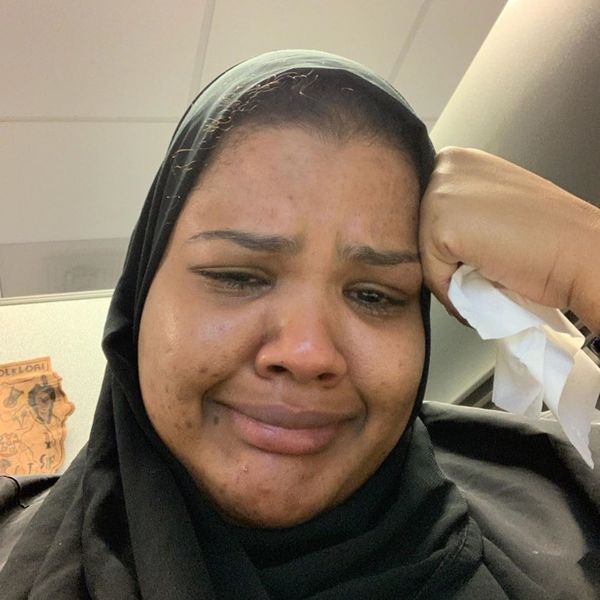 Beauty Influencer Shahd Khidir on How to Help Sudan

Sudan continues to be in a severe state of crisis as we speak. Yet, the global media attention towards the issue has been shameful.

Disturbing reports of hundreds of people being massacred and close to 80 women raped have taken over social media and non-profit groups. The Sudan crisis started after former president and dictator Omar al-Bashir, who was in power for 30 years, was "toppled" by his own military regime following months of peaceful protests that rallied for a democratic country.

Soon after the military generals took control, close to 100 people have reportedly been killed, and over 70 cases of rape and robberies have been reported. Some bodies of those murdered were also discovered in the Nile River. There is currently no internet or cellular access in the country.

Earlier this month, Sudanese beauty influencer Shahd Khidir addressed the issue in an Instagram post and called for the media to do better. "It's really hard being an influencer and sharing information that is 'off brand' and not worthy of the 'feed' but I cannot hold this in anymore. I am at my office crying because I have so many emotions in me and I feel horrible. There's a massacre happening in my country Sudan's and a media blackout and internet censorship for four consecutive days," she said. "There is no objective media sharing what's going on expect for @aljazeeraenglish which had their offices shot down."

The 26-year-old, who is from Sudan but based in New York, isn't alone in pointing out the limited coverage of the atrocities in the country. Many international activists have talked about the global media bias and drawn parallels to the recent burning of the heritage Notre Dame structure in France. While the Notre Dame tragedy had millions of people across the world expressing their regret and received $1 billion in donations to resurrect the iconic building, Sudan hasn't been afforded equal generosity — an instance of the blatant racial bias.

In her post, Khidir also goes on to painfully recall how she discovered her friend was ruthlessly murdered in the country while another was missing. "My best friend was in hiding on June 2 and that's the last time I spoke to him. He was missing for 4 days and when I got in touch with him he said: 'I was caught, beaten and abused and humiliated and arrested and had my phone confiscated from me. I am injured currently.' And all I could do this post this," she wrote.

She further apologized to brands she's running campaigns for as she put her sponsored content on hold and promised to "refund" all the money. "If this offends you, I am sorry. But I need to speak out and share this in a time like this. If you want to support me please share this information as widely as possible and don't be silent. Be an ally because we need your help," she said.

Her post has garnered international attention and support from both her followers and other outlets.

PAPER spoke to Khidir about the crisis, the media bias, and what we could collectively do to help those affected in the country.

What prompted you to talk about the massacres in Sudan on your Instagram?

Finding out that my friends and family and the Sudanese people are being abused and murdered by the Rapid Support Forces and no objective media outlets are covering it. I needed the world to know about this humanitarian issue and to get involved.

Why did you feel like it was difficult to raise your voice against the issue using your platform?

I am a social media influencer. I am focused on beauty, fashion and lifestyle. I steer clear of politics because I don't want to offend anyone. My platform was for a specific category and I was afraid that I would lose the people's interest in what I was offering. I didn't think people would be interested to know about the Sudan Revolution. I did not want to confused my followers. But I stand corrected.

"There's no coverage on Sudan because it's a poor African country that's not interesting to the global media."

Why do you think the global media coverage about the issue has been so limited?

There's no coverage on Sudan because it's a poor African country that's not interesting to the global media. It's not a tourist destination. It's not exotic. It's peaceful protestors being murdered by the paramilitary forces.

How has the feedback from your followers and brands been since you shared the post?

My followers have been so overwhelmingly positive and supportive. A lot of people are standing in solidarity with us.
A lot of people sent their condolences. Some have changed their profile pictures, shared the posts, to further raise awareness. Most have been very good at understanding. Some did not respond to me, I think they will not work with me in the future.

Do you know if the situation — especially in terms of your friends and family back in the country — has gotten better?

No, because we are at almost the two week mark with no internet in the country. We don't know what's going on, and once the internet comes back on a lot of the atrocities will be share with the world. Today, I am unable to reach my family or friends. I was able to internationally call and SMS text but right now I cannot reach them. I am so worried at this exact moment. I can't get through and I can't contact anyone.

"Organize events in your community and attend them, spread awareness, share the posts over and over..."

Lastly, what can your followers and the media do to help the people in Sudan?

Organize events in your community and attend them, spread awareness, share the posts over and over, donate to funeral funds, medical funds, change your profile picture to blue for Sudan, use the #iamthesudanrevolution and #sudanuprising, talk to your Sudanese friends in the diaspora about how they are feeling, donate to them an international prepaid aid card.

To find out how you could help Sudan, click here.