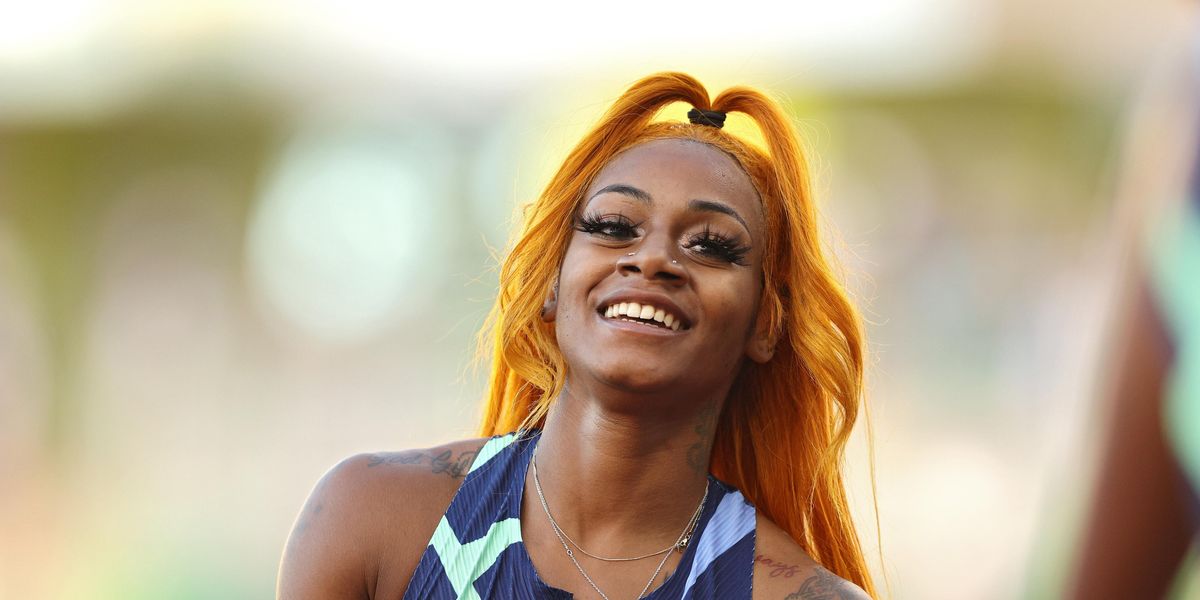 The suspension of American sprinter Sha'Carri Richardson has sparked a large online conversation about double standards in sports.

On Friday, the New York Times reported that the US Anti-Doping Agency handed the sprinter — a favorite to win the Olympic 100m gold medal — a 30-day suspension after she tested positive for a chemical found in marijuana. This means that despite qualifying for Team USA, her results from last month's Olympic trials have been "disqualified, and she forfeits any medals, points, and prizes," per a USADA statement.

However, the suspension and resulting disqualification from her main event has since incurred intense backlash, with many arguing that penalizing marijuana usage made no sense given its increasing legality in many states and the perception that it's not a substance that affects performance. And while the publication also noted that track sometimes considers weed a performance-enhancing drug as it can theoretically relax competitors prior to competition, even more people opined that Richardson's suspension still didn't hold up seeing as how "pot doesn't make a sprinter faster."

The entire point of drug testing is supposed to be about fair competition, which means eliminating performance enhancement. Pot doesn’t make a sprinter faster. The very idea that this could take her out of competition is obviously way outside of the intent of the rules.

They really disqualified Sha'Carri Richardson over some WEED?!?! pic.twitter.com/4g9mT4qpBX

That said, Richardson's case also led commenters to question the obvious double standards Black women face within professional sports, citing recent examples such as the WTA's recent dismissal of Naomi Osaka's mental health and the banning of several Black women from competitions due to natural testosterone levels, amongst other things.

As for the Olympics itself, many also pointed toward the ban on swim caps designed for natural hair and pre-existing guidelines prohibiting athletes from any "demonstration or political, religious or racial propaganda in Olympic venues" (a.k.a. Black Lives Matter apparel) in addition to critical comparisons of the way Michael Phelps was treated after his infamous bong video.

i will not be watching the olympics.

- banned BLM apparel.
- banned swimming caps for afro hair.
- cut Sha’Carri Richardson for having weed in her system. not steroids. but weed. #FUCKTHEOLYMPICS

If you find yourself today saying, “Sha’Carri Richardson should have just followed the rules.” but were silent when Michael Phelps was caught on camera ripping a bong maybe sit this one out.

Additionally, the case caused to a number of high-profile sports stars to condemn the USADA's decision, including Damian Lillard, Dwayne Wade and Odell Beckham Jr. Not only that, but several politicians also began to weigh in such as congressional representatives Cori Bush, Barbara Lee, Jamaal Bowman and Alexandria Ocasio-Cortez, who all called for a re-evaluation of Richardson's case and the federal legalization of marijuana.

But majority of y’all rule makers smoke and probably are investors in THC companies. Let’s stop playing these games https://t.co/hT3H6kw45T

There is no need for Sha’Carri to apologize.

We need to get rid of archaic rules for a substance that is fully legal in 19 states plus DC.

And we need to legalize it at the federal level. https://t.co/Ws0n8ykKIP

Marijuana is not a performance enhancing drug. Out of date & discriminatory marijuana laws trickle down & have life-altering consequences. It's shameful.@RepBlumenauer & I are urging USADA to reconsider. Sha'Carri deserves to compete on the world stage. #LetRichardsonRun https://t.co/a7pJbqfUFt

The criminalization and banning of cannabis is an instrument of racist and colonial policy.

The IOC should reconsider its suspension of Ms. Richardson and any athletes penalized for cannabis use. This ruling along w/ IOC denial of swim caps for natural hair is deeply troubling. https://t.co/Ao1Yu8Ax9G

Granted, Richardson still has a chance to compete in the Olympics, as ESPN also reported that she can still be chosen as a member of the 4x100-meter relay team. But even so, the suspension is still (rightfully) rubbing people the wrong way, especially given that Richardson's used marijuana to cope with her mother's death last month.

"I was definitely triggered and blinded by emotions, blinded by badness, and hurting and hiding hurt," she told the Today Show on Friday before adding, "I know I can't hide myself, so in some type of way, I was trying to hide my pain."

Watch Richardson's interview for yourself, below.