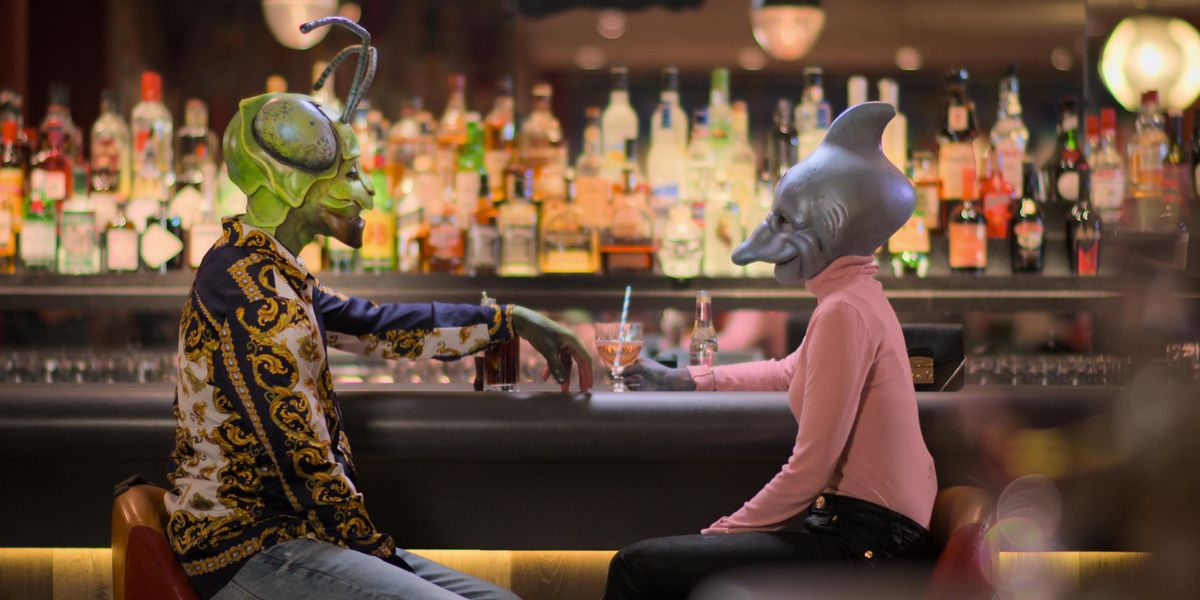 As if dating itself wasn't enough of a horror show, Netflix is now upping the ante with a reboot of a BBC Three series that looks like something straight out of Alien.

On Wednesday, the streaming giant released the trailer for its bizarre new series, Sexy Beasts. And the premise? To take "looks completely out of the equation [by] using fantastical, cutting edge prosthetics to transform the daters," all in an effort to give them "a chance to find love purely based on personality." So basically, the absolutely terrifying love child of Love Is Blind and The Masked Singer.

Related | No One's Getting Laid on Netflix's New Reality Show, Either

And while one buck-toothed beaver looking for "ass first, personality second" may have missed the entire point, most of the other contestants in the trailer seemed to understand that the purpose of going on the "strangest blind date ever" was to finally say "goodbye to superficial dating." But even so, the teaser itself has obviously elicited quite the response online, seeing as how people wondered if they had dreamt the show or were on some kind of acid trip.

Am I on drugs pic.twitter.com/W0yjxu8WTn

Did I make this show up in my mind https://t.co/gvcK9aVKJM

Elsewhere, the concept was met with a mixture of horror and intrigue, with one anti-dating show watcher saying that they were going to tune in to see whether a bug and a dolphin (???) can find love with each other, as others just expressed pure fear and confusion after watching the sneak peek.

this looks horrific I’m going to watch it 5 times

Me: I am never going to watch a dating show.

Me: I am going to watch one dating show. https://t.co/3io2LsdCSg

However, some were also critical of the series' casting, arguing that all the contestants featured in the trailer were "'conventionally attractive'" and that "all the thin women [had] tight clothes on."

"Unless they sprinkle in some contestants who aren't 'conventionally attractive,' what's the point?," as another responded, while a third added that "the 'based on personality alone' thing is a bit of a stretch."

right! unless they sprinkle in some contestants who aren't "conventionally attractive", what's the point? i mean...is there a point to this nonsense? is this real life?

Thank you! That's always been my issue with these shows.

"I was so nervous. I wasn't sure if she was going to be a 10 or just a 9! I didn't know if she'd have the body of a supermodel or just a regular model!"

Granted, Netflix still seems pretty gung-ho about the upcoming premiere, not to mention all the buzz surrounding it. So if you're as curious as we are, Sexy Beasts will premiere on July 21 via Netflix.

The quote tweet function was truly built for this moment.