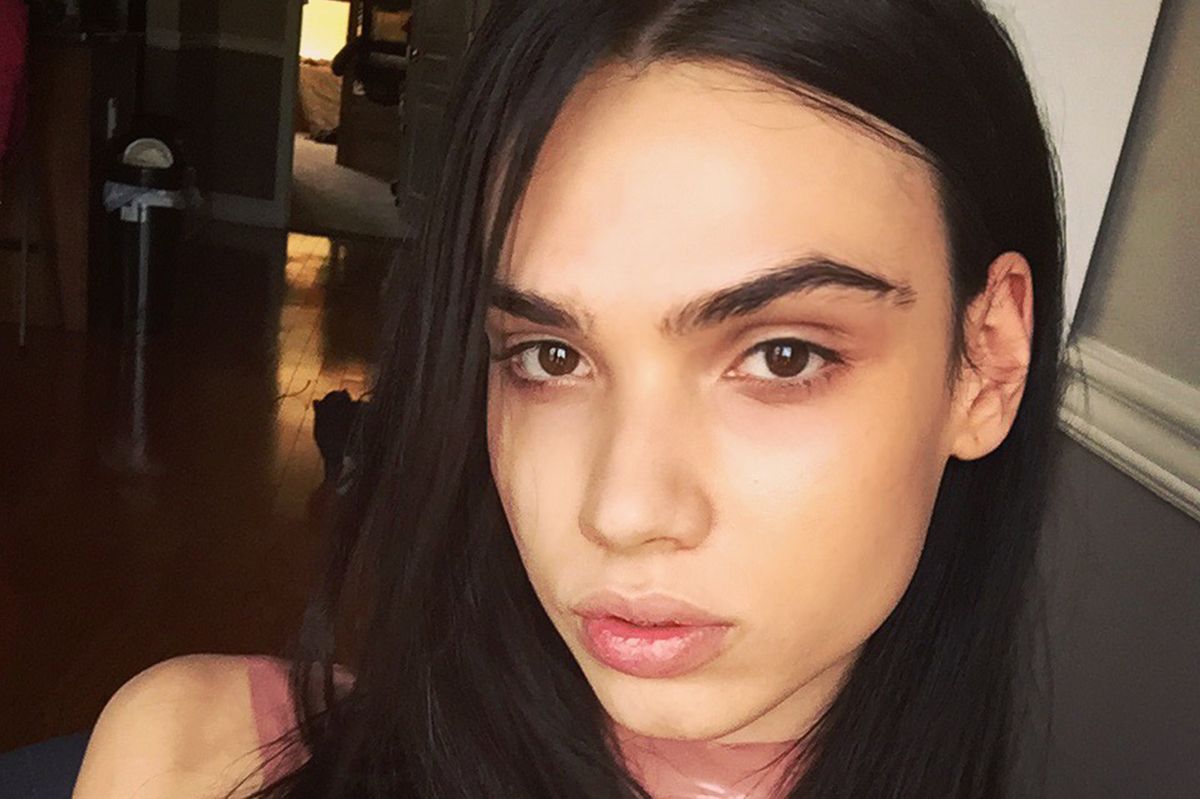 Our Favorite Models On Sex, Dating and Their Biggest Turn-Ons/Turn-Offs

We asked some of our favorites crushing the sexy selfie game on Instagram to share a pic and talk sex.

One of the breakout stars at Kanye West's Yeezy Season 3 presentation at NYFW this February, Ralph Souffrant is a New York City-based model who has also worked with cult-favorite lines Gypsy Sport and Telfar, among others.

Who was your first celebrity crush? Alicia Keys. What's the one thing someone should never do in bed with you?

The only thing that's off limits is my butt.

My biggest turn-on is watching a sexy woman cook. What can I say … I like to eat! My turn-off is bad breath.

What was the worst date or hookup you've ever had?

I was very attracted to this girl. After a long pursuit, we were finally going to do it but she got drunk and fell asleep.

I have never had one. I'm not necessarily looking for one, but if you put Alicia Keys and Beyoncé in a room, I might have a go at it.

When was the last time you sent a nude photo to someone?

Not only have I never taken a nude selfie, I also forbid anyone else to take any.

Queens native Barbie Ferreira is a curve model who has starred in campaigns for the lingerie and intimate apparel line Aerie by American Eagle and appeared in editorials for CR Fashion Book, i-D and Nylon, among others.

Usher! I had all the posters and screen names you can dream of.

Do you have a romantic "type"?

I truly have no type, but I like creative boys near my age. None of that daddy stuff.

What's the one thing someone should never do in bed with you?

How do you meet guys?

Have you ever dated multiple people at once?

No, it's hard enough to find one person to hang out with.

When was the last time you sent a nude photo to someone?

I don't send nudes to boys, but I definitely send a raunchy pic or two to my girlies.


Andrea is an Italian model who's worked with Lui Magazine and Abercrombie & Fitch in addition to appearing in music videos for J. Lo ("I Luh Ya Papi") and Taylor Swift ("Blank Space").

What was the worst date you've ever had?

I went on a date with this pretty girl but probably the night before she ate garlic so it was impossible to have a conversation. Such a turn-off. But since I wasn't sure if it was a usual thing, I went out with her again and I had a great time ;) The second chance was definitely worth it.

Have you ever dated multiple people at once?

I feel bad saying so, but since I've been single for the past two years, I've dated multiple people a few times. Now I'm back on track and dating one girl at a time.

Weirdest place you've ever had sex?

Maybe in the elevator at 5 in the morning or on a super small island in the middle of the Adriatic Sea where a lot of boats were passing by ... I am sure somebody saw us, but for me it was really romantic and also a little bit wild.

Born and raised in Nova Scotia, Canada, Siobhan Atwell is an openly transgender model who has worked with H&M and Hood by Air (whose designer Shayne Oliver considers her a muse) and shot for an upcoming issue of Marie Claire, among other projects.

I'm not too big into romance, but flowers and a guy who opens doors for me is a huge thing.

Well, for men I need them to be at least 6'1". I'm tall, so I need my man to be taller than me. Also, I'm a sucker for Italian guys. A turn-off would be if they were shorter than me.

I used Tinder once … But I don't need an app.

Have you ever dated a fan? Would you be open to it?

No, I haven't dated a fan; I might be open to that.

What was the worst date you've ever had?

I have only been on three dates before in my life, and they were all good.

What do you think is the hottest movie sex scene of all time?

Matthew Noszka was working construction jobs with his father in his native Pittsburgh when he was first discovered on Instagram. Since then, his modeling career has taken off, with Noszka walking in shows for Balmain x H&M, Moschino and Moncler, among others.

Do you have a romantic "type"?

I'm definitely a huge romantic comedy fan, so I'm a sucker for a girl that can make me laugh.

How do you meet girls?

Usually through friends or just out and about; however, my last relationship started through IG [Instagram].

Have you ever dated a fan?

Would you be open to it?

Hard to say. If they are a fan of me as a person and what I stand for, and not a fan because of what I do, then I would be open to it.

What was the worst date or hookup you've ever had?

Ummm I'd have to say anytime there was a bad kiss involved. Excessive tongue is never a good thing when kissing me lol.

What do you think is the hottest movie sex scene of all time?

That's a hard one. It all depends on what you're into. For me, I'd have to say Mr. & Mrs. Smith and The Notebook are my top two.

Adrianne Ho is a New York City- and LA-based model and fitness star who has worked with brands like L'Oreal, MAC, Nike, Levi's and more. Along with modeling, Ho is the founder of Sweat the Style, an activewear brand and lifestyle site.


Do you have a romantic "type"?

I wouldn't say I have a specific type, but in general I'm attracted to people who are funny, open minded and kind hearted -- people who can push me to be a better person.